Warning: this is one of those gushing posts. I apologize in advance.

The new musical Ordinary Days is everything I want musical theater to be - original, authentic, relevant, moving, and compelling. In these days when the trend of movies-turned-into-musicals is getting out of control, Ordinary Days gives me hope for the future of musical theater. As long as up-and-coming musical theater composers like Adam Gwon continue to write and get their work produced (on Broadway, off-Broadway, regional theater, in a garage, wherever), and theater companies like Nautilus Music-Theater continue to seek out and foster new work such as this, I think we'll be OK.

Ordinary Days, which premiered off-Broadway in 2009, is "two love stories in 21 parts." With virtually no spoken dialogue, four very real characters and their lives and relationships are introduced through song. We get to know and love these characters as they express themselves to us and each other with music. Jason (Doug Sholz-Carlson) is moving in with his girlfriend Claire (Kersten Rodau), but something is holding her back from letting him in. Aspiring artist Warren (Max Wojtanowicz) and frustrated grad student Deb (Jill Anna Ponasik) have a "meet cute" moment, but not in the way you expect. We watch these two relationships change and grow and intersect through a series of vignettes about "ordinary days" - getting coffee, going to a museum, moving boxes. The fifth character is New York City, the greatest city in the world. The characters walk down Broadway, visit the Met, ride in a taxi or on a train, view the city from their balcony. If it sounds simple, it is, but it's also beautiful and profound, funny and touching, amusing and heart-breaking.

I don't have the words to describe how much I love the score. The songs are conversational and get right to the heart of the sentiment, even when the words describe coffee or the rain or wine. I was surprised that I recognized one of the songs, "Favorite Places." I remember loving the song when Randy Schmeling sang it at Latte Da in the Park a few years ago; it's a really beautiful and unique love song. The first thing I did when I got home from today's matinee is look to see if a cast recording exists, which it happily does (available on iTunes). I'm sure I'll be listening to it obsessively for the next few weeks.

Nautilus is producing this piece in their new space, which is just downstairs from their old space in St. Paul's artsy Lowertown neighborhood. I love listening to music in small intimate spaces (just 40 seats) with no amplification, nothing between the audience and the voices, especially when the voices are as good as these four! Kersten has an incredibly powerful voice that effortlessly fills up the space, but can also pull it back and make me cry in the tender moments. Max is one of those actors I'd watch in anything because he makes everything better with his commitment and his believability in the moment. Doug sounds beautiful on my now favorite song and is so convincing as Jason, who only wants Claire to love him as much as he loves her. Jill is perfect as the woman with the perfect plan for a life she doesn't want. And the four of them together, accompanied by musical director Mindy Eschedor on piano, create a beautiful sound in that space.

Director Ben Krywosz describes it best in the note in the playbill, "Ordinary Days dances elegantly between two extremes: the desire we all have to 'only connect,' and the possibility that we might find the sacred in the secular, discovering there is magic in the mundane." This piece is anything but mundane, but there is much magic in it. It's one of those shows that fills me up and stays with me as I leave the theater, and hopefully, for days to come. If you want to see what the future of musical theater looks like, go see Ordinary Days. Fortunately there are 11 remaining performances over the next two weekends, I hope each one of them sells out (and at just $25 a ticket, it's much cheaper than Wicked). 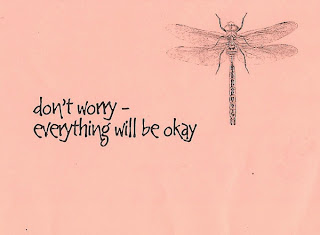