"The Wizard of Oz" at the Ordway Center 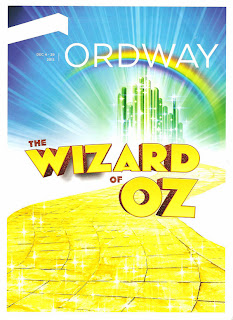 The Wizard of Oz is an iconic movie, beloved by old and young alike. Every moment is so well-known that it is ingrained in our culture, from "I'll get you my pretty, and your little dog too" to "There's no place like home." It's almost impossible to imagine it any other way, so when I heard that there was a new Andrew Lloyd Webber stage adaptation (being not the biggest ALW fan), I was a little skeptical. But I was also curious, so I eagerly, although somewhat trepidatiously, attended Blogger Night at the Ordway last night. And I'm happy to report that a few minutes into the first scene I was completely won over. I found the show to be a clever adaptation with innovative use of video technology and some great new songs that add to the story, along with the familiar tunes we all know and love so well. It's such a thrill to hear those familiar songs played by a live orchestra, with the beloved characters coming to life before our eyes. The Wizard of Oz is definitely a family affair (I saw more than one little girl dressed like Dorothy), but it sure to be enjoyable for anyone who loves the movie (and really, who doesn't?).

Since this is my third blog post of the day, let's jump right into it. Highlights of the show include:

Andrew Lloyd Webber's The Wizard of Oz is playing now through December 29. This production is the movie come to life, with new bits that add to the story and make it even more wonderful. 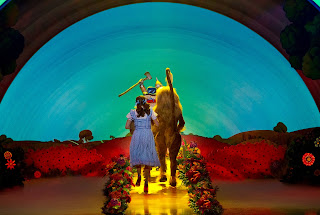