Fringe Festival: "Twisted Apples" by Nautilus Music-Theater at Theatre in the Round 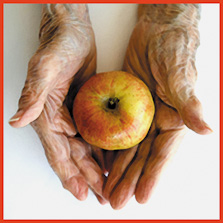 Day 2 of my Fringe Festival experience was even better than Day 1.  The three shows I saw ranged from the sublime to the ridiculous.  The ridiculous (and I mean that as a compliment) took the form of Disney Dethroned and Those Were the Days.  But first, the sublime: Twisted Apples by Nautilus Music-Theater.  What other words can I use to describe this original piece of musical theater/opera/"music-theater?"  Breath-taking.  Heart-wrenching.  Quietly powerful.  Beautiful.  The best thing I've seen at the Fringe so far, and I have a hard time imagining that anything else I see this week will move me more.

Twisted Apples is a companion piece to Nautilus' 2010 Fringe entry, Untold Lies, and one of three planned one-act operas that will eventually form a three-act opera.  The piece is based on several stories from Sherwood Anderson's 1919 short story cycle Winesburg, Ohio.  The narrator is a young man named George Willard, reminiscing about growing up in a small town in Ohio with his parents Tom and Elizabeth, owners of a small hotel.  As a young girl, Elizabeth had dreams of an exciting life.  But when she saw that all the other girls were marrying, she decided she should get married too.  And Tom happened to be there at the right time.  She became tied down to her family and the hotel, and never lived the life she dreamed of.  In contrast to Elizabeth's open, creative, imaginative spirit, Tom is a serious businessman who wants his son to follow in his footsteps.  Therein lies the conflict of the piece.  Elizabeth, who suffers from a mysterious illness, senses that her life is ending and she'll never get the chance to live as she dreamed of.  More than anything, she wants her son to continue to dream and live as she no longer can.

As Elizabeth, Norah Long (whom I've seen in numerous shows around town) gives a gut-wrenching performance.  She conveys Elizabeth's frailty with a slight catch, almost wheeze, on the intake of breath, and the trembling of her hands, but there's nothing frail about her voice.  Powerful and beautiful, it fills the intimate space at Theatre in the Round.  Gary Briggle is an equal match for her as her husband Tom, and her doctor, Doc Reefy.  Elizabeth and Doc Reefy discover they are kindred spirits, and share a beautiful duet.  His knuckles remind her of the twisted apples left on the trees after the harvest, and he shares that when he needed to pray, he invented gods to pray to.  And now he realizes that she prays to the same gods.  Joshua Hinck rounds out the cast as George, with an effortless voice.

The music in this piece is amazing.  Jim Payne wrote the libretto and Robert Elhai wrote the gorgeous music.  Jerry Rubino on piano leads the fabulous four-piece orchestra (viola/violin, accordion, and clarinet - which is always a thrill for me to hear because I used to play the clarinet, and hearing one in the theater always makes me wish I still did!).

I can't say enough about this show.  If you love musical theater as I do, you must see it.  It's a work of art.  I left the theater and found the sunlight and the real world jarring, because I was so engrossed in the world of Winesburg.  I didn't want it to end, and I cannot wait to see this piece in its entirety.  In the meantime I'll be reading the book to learn more about these fascinating characters.  I've wanted to see Nautilus Music-Theater for a while now, but for some reason I've had a hard time catching their shows.  I'll definitely make more of an effort now that I've had a taste of the sweet and secret Twisted Apples.