"Billy Elliot" at the Ordway Center 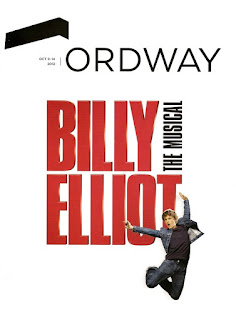 Despite being an adaptation of a movie, Billy Elliot is a fun and moving musical with spectacular choreography. I saw this same production on tour at the Orpheum two years ago and wrote a fairly extensive review of it at the time, so I'm not going to go into that much detail here. It's pretty much the same production with a different cast, and I agree with what I said last time. You can read that review here. Below are a few highlights of the tour that's currently at the Ordway through this weekend.

Billy Elliot is a great big musical, and a successful adaptation of a small cult hit English movie (although I still think Next to Normal should have won the Tony that year!). For more details you can read my past review. And if you're interested, act fast, this one's only here for one week!