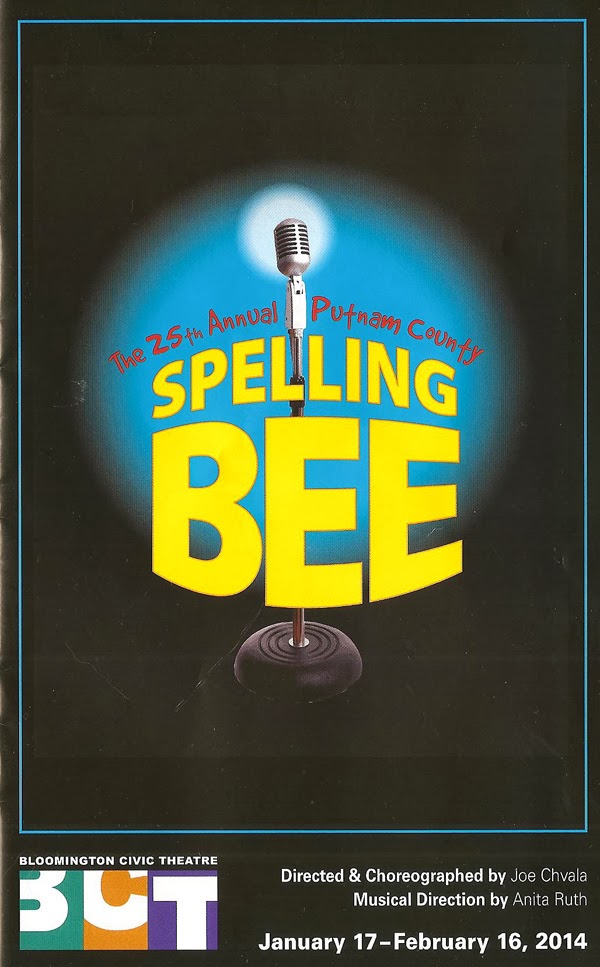 The 25th Annual Putnam County Spelling Bee is a delightful, hilarious, and at times poignant look at a middle school spelling bee. I've seen the 2005 Tony-winning musical four times now, and I never tire of it. Bloomington Civic Theatre's new production is of course perfectly cast and very well executed, with Anita Ruth's small but still beautiful pit orchestra and Joe Chvala's unique eye for movement and direction. It's different than the large-cast traditional musicals they often do, which I love because it shows the full range of what musical theater is and what BCT can do.

The entire show takes place within a spelling bee competition, with a few flashbacks or fantasies to help explain certain characters. But basically it's a spelling bee, following the spellers from the moment they arrive at the bee, through triumphs and defeats, to the crowning of the winner. Along with the six quirky characters in the play, four audience members* are asked on stage to participate in the bee, adding an element of improvisation. Three adults try to wrangle the kids and keep the bee running smoothly, to varying degrees of success.


As Anita pointed out in the talk-back, this sort of light comedic show is harder than it looks. It takes a lot of work to make the precisely timed comedy look as effortless and natural as this. If you've never experienced the unique delight of Spelling Bee, do yourself a favor and head out to Bloomington between now and February 16 (discount tickets available on Goldstar). And make your plans for next season at BCT which was just announced. It looks like another great one; I'm particularly excited about Next to Normal (which I've seen several times and love) and Carousel (a classic I've never seen but have been wanting to). 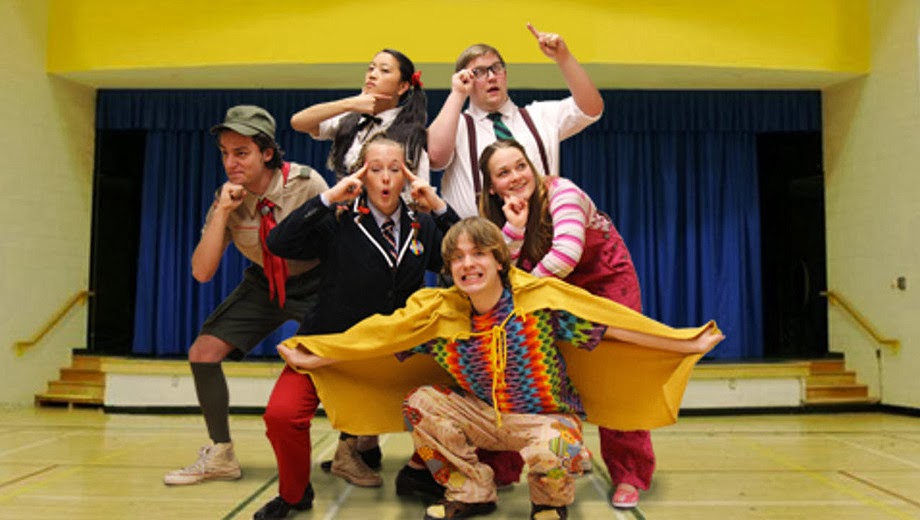 *The audience spellers are given obviously easy or difficult words depending on if the script requires them to stay or leave. But they don't always comply, which is part of the fun. The cast told of someone who misspelled an easy word, which caused them to have to rearrange the song order. And there's always that one person who's a great speller and gets even the hardest words right. At the show I attended they finally had to trick him with to/too/two (which reminds me of the 30 Rock joke about the game show Homonym).