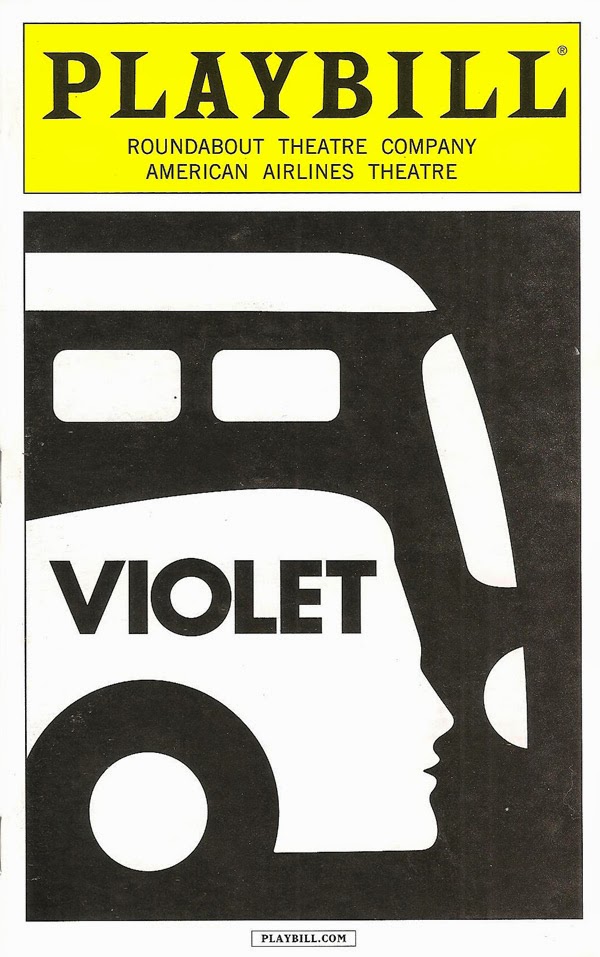 I fell in love with the musical Violet four years ago after seeing Theater Latte Da's beautiful production in the Guthrie Studio. Produced on a sparse stage with a small cast and three-piece band, I found it to be so beautiful, raw, poignant, and relatable, that I went back and saw it again. It's one of my most listened to soundtracks, and is definitely in my list of top ten, maybe even top five, musicals (a list which I have yet to officially compile). So I was beyond thrilled to year that Violet would be having its Broadway premiere (after premiering Off-Broadway in 1997) during my annual trip to NYC, with an official opening on April 20. Since apparently the world, or at least the tourists cramming into Times Square,  has yet to discover the wonder that is Violet, it was easy to get good seats at TKTS for the Saturday matinee. Despite the differences from the last production I saw - more elaborate set, larger band and cast, and a new song, it's still that same beautiful piece of original music-theater that so moves me.

Based on a short story, Violet is about a young woman on a journey across the South in 1964, from her home in the mountains of North Carolina to Tulsa, Oklahoma, where she hopes that a TV preacher can heal the scar she received in a childhood accident. Growing up with this disfiguring facial scar has made Violet tough and independent, and she's not afraid to look people in the eye and tell them what she thinks, even if they're unable to return her gaze. She befriends several people on the long bus trip, including a couple of soldiers named Monty and Flick. While journeying to what she hopes is a new beginning, she remembers her past journeys, and we see flashbacks of the young Violet. The two realities merge when Violet meets the preacher, doesn't find what she hoped she would, and is forced to face her past on her own. Like Dorothy in The Wizard of Oz, she has to go an epic journey to learn that she had the power all along to heal herself.

The strong cast is led by Sutton Foster as Violet, with a voice perfectly suited to this bluegrass/country/folk score and the combination of vulnerability and strength that Violet needs. Also strong are Colin Donnell and one of my Broadway faves Joshua Henry (he appeared in Scottsboro Boys at the Guthrie) as her suitors Monty and Flick. Emerson Steele is wonderful as the young Violet, mirroring Sutton's portrayal of the adult Violet but with her own spirit. Standouts in the ensemble include Ben Davis as the preacher and several other characters, and Broadway vet Annie Golden, stealing scenes as an old lady on the bus and a hotel hooker. 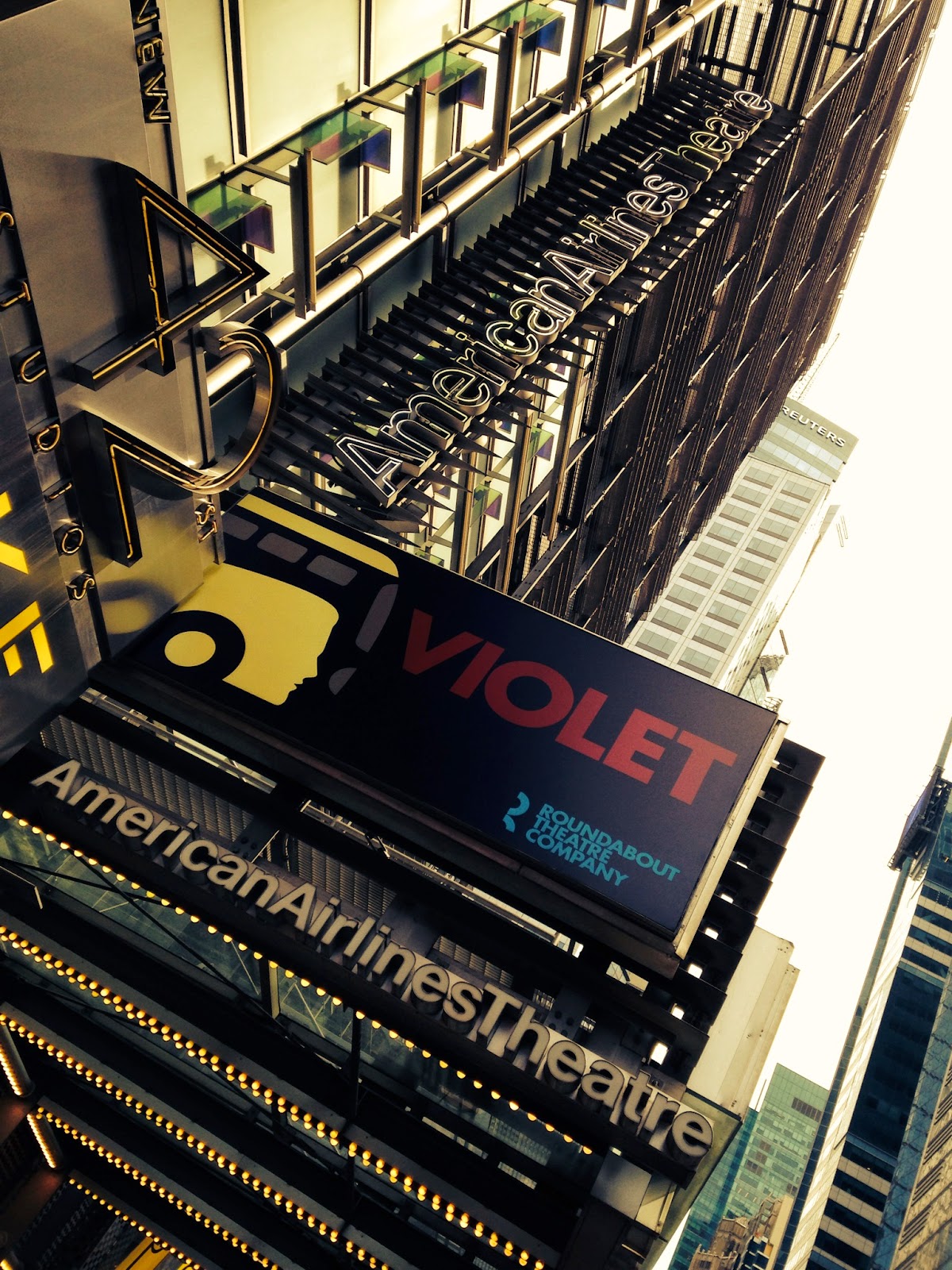 The score, written by Jeanine Tesori with lyrics by Brian Crawley, is a combination of Appalachian mountain music, country, folk, Memphis, and gospel, played by the onstage band that includes fiddle, banjo, and steel guitar. Which happens to be my favorite kind of music - another reason I love this piece. The songlist is exactly the same as the Off-Broadway version, with one exception: Monty's song "You're Different," in which Monty explains what he likes about Violet - that she's different from other girls, has been replaced with a new song called "Last Time I Came to Memphis," which is basically an ode to one-night stands. I neither understand nor approve of this choice, but fortunately all of my other favorites are still there - the country ballad "Who'll Be the One," the fun poker song "Luck of the Draw," the lovely "Lay Down Your Head," Flick's anthem "Let It Sing," and the most poignant moment in the show, adult Violet's confrontation with her father, "That's What I Could Do."


What I love most about Violet is that it's such a universal story. Everyone has a scar or a wound from their past that they need to heal. A repeated theme in the music is "look at me," which is what Violet most wants (and what everyone wants) - someone to look at her, see the real her, and love her for it. This is such a rich piece, dealing with issues of race, gender, celebrity worship, focus on appearance, forgiveness, family. It's so wonderful to see an original musical on Broadway (this is a great season for original musicals after a bit of a dearth), I hope it's successful and I know it will receive many Tony nominations this spring.