"Cabaret" by Roundabout Theatre Company at Studio 54 on Broadway 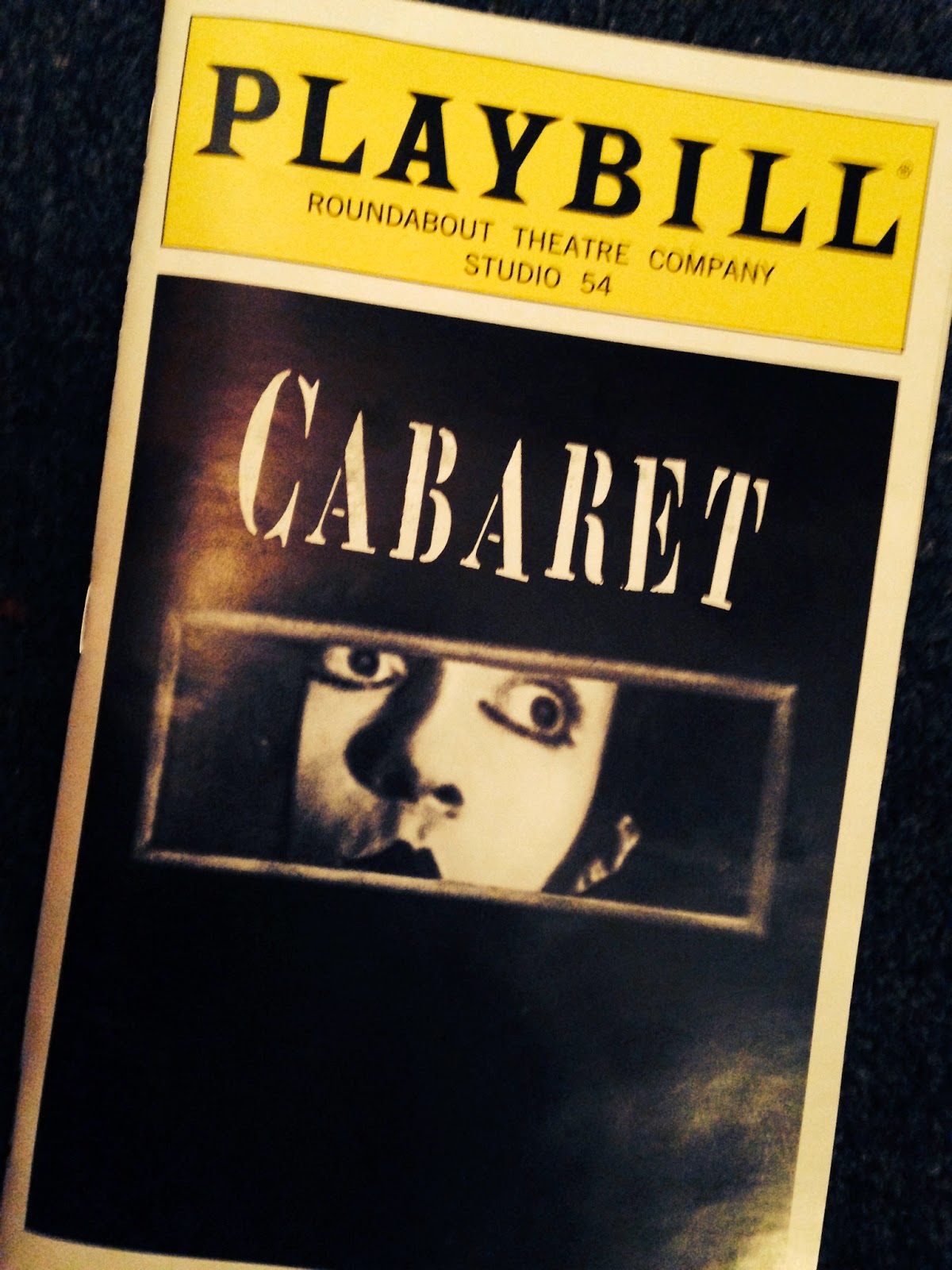 This is my fifth time writing about Cabaret on Cherry and Spoon, a record for this blog, so there's not much that I can say about it that I haven't already said. You can read my full thoughts on this genius musical here, but suffice it to say that Kander and Ebb's Cabaret is one of the best musicals ever written. Not only is it wildly entertaining with a fantastic score, but it actually means something. It's a timeless piece about the horrors of the Holocaust specifically, and genocide, intolerance, oppression, and hate in general, issues that are sadly as relevant today as they were in 1930s Berlin and 1960s America. That being said, I'll focus the rest of this blog post on the specifics of this legendary production (which officially opens on April 24 and is scheduled to run through August).

When you think about actors who've played the Emcee in Cabaret, two immediately come to mind - Joel Grey, who originated the role in the 1966 Broadway production and the 1972 movie, and Alan Cumming, who redefined it for a new generation in the 1993 London and 1998 Broadway Sam Mendes-directed productions. The Broadway revival ran for six years and became fodder for stunt casting, with some notable actors playing the role, but there's no one like the original. Alan has been playing this role for over twenty years, and it shows. He's so comfortable in his role, it oozes out of every pore. He just is, effortlessly, the Emcee, whether performing at center stage, walking through the audience and flirting with the crowd, or silently sitting on stage and observing. It's a beautiful thing to see a performer in a role with which he is so identified and in which he is so at home.

Other than Alan's incomparable performance, highlights of this production include: