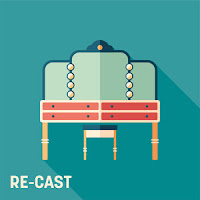 The second of Theater Latte Da's five-part virtual cabaret series called "The Ghostlight Series" is now available! Following January's powerful and moving Twelve Blocks From Where I Live, Regina Marie Williams's response to the murder of George Floyd in photos and song, Re-Cast gives some of our favorites the chance to sing a song from a role they would never be cast in. Or at least haven't been yet. Both shows are available to watch now and as many times as you want through August with the purchase of a season pass. These gorgeously filmed and edited 30-minute shows with fantastic performances from some of #TCTheater's best are worth every penny, helping to bridge the gap until we can gather in person again to share stories and music.

The six performers of Re-Cast (Jay Owen Eisenberg, John Jamison, Nora Montañez, Sara Ochs, Tod Petersen, and Evan Tyler Wilson) each tell a short story from their life, of the roles they've played, the roles they long to play, the songs that inspire them. Each has a solo, all familiar and beloved musical theater selections, which they perform on the stage of the Ritz Theater, accompanied by music director Jason Hansen on piano and Joan Griffith on bass.

Like the Ordway Cabaret series she previously curated, director Kelli Foster Warder allows each performer to speak their truth, which makes the singing of their truth so much more meaningful, to the performers as well as the audience. It's what music-theater does best - tell stories and convey real emotion.

Videographer Lucas Wells and production director Allen Weeks have put all of the above together in a dynamic and interesting way (including a super fun and free dance break), and even use a bit of magic to put all six performers together on stage, even though they each filmed separately: 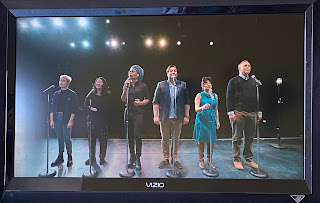 Visit Theater Latte Da's website to watch the first two shows in the Ghostlight Series now, with the remaining three shows to be released every six weeks or so.