A Reading of "Minneapolis/St. Paul" at the Playwright's Center 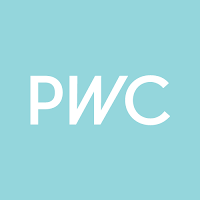 A few weeks ago, the Twin Cities Theater Bloggers (TCTB) were invited to attend a reading of a new play by Lee Blessing at the Playwrights' Center. The reading was open to the public, but the bloggers were invited by Marketing Manager Jessica Franken to attend and have a private conversation with the playwright after the reading. Our first official event as a group, it was an incredible opportunity to learn more about what the Playwrights' Center does, experience a fantastic new play still in development, and talk with a playwright about what we all love best - theater. We have another TCTB event coming up at Park Square Theatre, a pre- and post-show discussion at the Sunday matinee of Calendar Girls on June 26 (more details on that coming soon). As a group, one of the things we hope to do is increase connection among the theater-going audience, with each other and with theater-makers. We look forward to partnering with more theaters in the future as we work towards this goal (send us a message at our Facebook page or email me if you'd like to learn more).

The Playwrights' Center is in its 44th year of working with playwrights to develop new plays. They have a number of Core Writers (of which Lee Blessing is one), as well as Fellows that come in for a year or so (read more about them here). They hold about 60 workshops a year, some of which have public readings, some of which do not. I'm ashamed to say that this is the first PWC reading I have attended. My excuse has been that it's hard to get to these one or two night readings of new plays when my schedule is chock full of full productions at the 70+ theaters in town. No more will I make that excuse, because new work is important and also really fun to be a part of (check out the Events tab on their website for a list of public readings, many of which are free). This spring, three plays developed at PWC are making their world premieres on stages around the Twin Cities: Kira Obolensky's The Changelings (Ten Thousand Things - closing this weekend!), Christina Ham's Scapegoat (Pillsbury House Theatre through June 26), and Philip Dawkins' Le Switch (opening at Jungle Theater on June 17). Obviously, their method works.

The reading we attended was a play called Minneapolis/St. Paul, written by Core Writer (and native Minnesotan) Lee Blessing (a number of whose plays I've seen). In a phrase, the play is about a cross-dressing bigamist. But it's so much grander than that. Even it its unfinished state, it touches on themes of duality, identity, and complicated family relationships. It's funny and also moving. PWC brings in some of our top local actors to do these workshops/readings, and it's amazing how they can create these full and developed characters even while sitting down reading from a script. The reading of Minneapolis/St. Paul was directed by Peter Moore and read by Nathan Keepers as said bigamist, Tracey Maloney as his Minneapolis wife, Kris Nelson as his St. Paul husband, and Lillie Horton and Nathan Barlow as his daughter and step-son. Lee Blessing's words came alive in their hands, an important part of the play development process. As is the audience response, which is a great way for all of us to get involved in the theater creation process, even if we're not theater artists.

Thanks to Jessica and the Playwrights' Center for hosting us (and providing the yummy vegan Glam Doll donuts), to Lee for sticking around to chat with us, to my fellow blogger Kendra at Artfully Engaging for successfully stalking them, and to my fellow bloggers at Minnesota Theater Love, One Girl, Two Cities, Play Off the Page*, and Tracy Blowers for attending and being my best theater pals. See you at the theater!