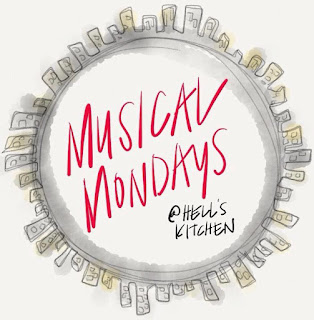 I don't know about y'all, but it's been a pretty busy and stressful week for me. So it's taken me a few days to get around to writing this, but I don't want to let the 4th birthday of Musical Mondays at Hell's Kitchen go by unmentioned! This fabulous monthly cabaret series hosted by super talented local actor/singers and real life BFFs Sheena Janson and Max Wojtanowicz began in November of 2012. Four years, 43 shows, over 200 performers, and over 300 musicals (what?! who knew there even were that many musicals!) later and they're still going strong. On the first Monday of every month, from 7 to 9 pm (morning people everywhere rejoice) at Hell's Kitchen in downtown Minneapolis, some of our top local talent can be seen singing songs from musicals beloved and obscure. The goal is to provide performing and networking opportunities, to celebrate musical theater, and to have fun! Their next event is on December 5 when the theme will be a grown-up Christmas wish list. Watch their Facebook page for more details.

One of the cool things about Musical Mondays is that I get to hear songs from musicals I've never heard of, as well as songs I know and love. And they always post the songlist on Facebook the next day, in case you're wondering, as I often do, "what is that song from?" Here's the selection from this week's show, performed by McKinnley Aitchison, Lars Lee, Norah Long, Jen Maren, Memo Rodriguez, and Bryan Wells with musical director Andrew Fleser:


Anything Can Happen (Mary Poppins) - all
["anything can happen if you let it" - scarily true in light of recent events!]
When It All Falls Down (Chaplin) - McKinnley
Anthem (Chess) - Memo
Forest for the Trees (Spitfire Grill) - Lars
Unsuspecting Hearts (Carrie) - Norah and McKinnley
Don't Rain on My Parade (Funny Girl) - Jen
Savin' It (by Carner/Gregor) - Bryan
Eternal Optimist medley - Norah
Hero and Leander (Myths and Hymns) - Sheena
The Song That Goes Like This (Spamalot) - Lars and Jen

At the end of the show, theater tickets are raffled off (did I mention this event costs only $5?), which this month included the upcoming Orphan Trail, Company, and The Passage or What Comes of Searching in the Dark (all shows I'm super excited to see). Finally, in one of my favorite parts of Musical Mondays, the performers tell us where we can see them next. Go see these talents in one (or all) of these shows, and mark your calendars for the next Musical Mondays on December 5.