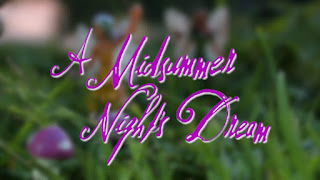 "The course of true love never did run smooth." "Lord, what fools these mortals be." How often have these words been spoken over the last 400 years, in how many places around the world? Through war, famine, genocide, and plagues, humans have continued to gather together and say these familiar words, and others like them. To share stories, songs, laughter, and tears. There were times in the last 16 months when it felt like we'd never get back to telling stories again. But theater, and the human spirit, is stronger than that. Classical Actors Ensemble has performed Shakespeare in local parks every summer (except 2020) since 2014, but this year feels special, as they welcome us to "a return of live theater." And what better way to return than with A Midsummer Night's Dream (which they also performed five years ago), a celebration of love and the magic of theater. Experience it yourself at a Twin Cities park* near you through July 18 (click here for schedule and free registration).Classical Actors Ensemble does Shakespeare the way it was meant to be - fun, playful, and accessible. Trimmed to just under two hours with no intermission, this Midsummer is familiar, engaging, and easy to follow. A cast of 12 plays all of the characters with doubling, in front of a few simple backdrops that also function as changing areas. I saw the show in Newell Park, a charming neighborhood park in St. Paul with huge trees and a sort of natural amphitheater that was a perfect performance space. The large crowd was seated in the shade of the trees on blankets and chairs (bring your own), some with kids or dogs or a picnic dinner, a comfortable and communal experience. Most of Midsummer takes place in the woods, which makes it a perfect play to perform outdoors because you can easily imagine fairies and other creatures frolicking in the Nature all around you.

Directed by Joe Wiener, everyone in the cast is playful and expressive, making the Shakespearean language sound natural. Kyle Marks is a charmingly impish Puck, guiding us through the story, with a funny runner about "writing" a poem called "Shall I Compare Thee to a Summer's Day." Theater's most well-known love quadrangle is well played by Samantha Fairchild, Dominic Rodgers, Dietrich Poppen, and Samantha V. Papke, who also double as members of the theater troupe rehearsing a ridiculous melodrama. The troupe is led by Alan Tilson's Peter Quince and features Jacob Hooper's Nick Bottom, actor and character making the most of every moment, even (or especially) when hidden by a donkey's head. Tom Conry and Clare Boyd play both the stern Duke and his reluctant wife, and the devilish and constantly sparring King and Queen of the Fairies (played by Bridget Foy, Tyler Stamm, and Maren Findlay).

The show makes great use of pop songs sprinkled through the show, as well as a pre-show concert. Joining the cast are an assortment of animal puppets who pop out and add their voices in an unexpectedly adorable way. The costumes (designed by Lolly Foy) are a colorful mix of Elizabethan-inspired, modern, and flowy fairy garb that suit each character. The four lovers' tidy outfits (Lysander's nerdy argyle sweater vest in contrast to Demetrius' crisp military uniform) become more and more messy throughout their night in the woods, which features some fun and active fight choreography.

Performances continue at 7pm Thursday through Sunday through July 18. Click here for the full schedule, where you can also register (performances are free with no check-in, but just to make sure there's space for everyone). Bring a blanket or chair to sit on, a snack, sunscreen, bug spray, water, and enjoy Shakespeare the way it was mean to be seen (as I've written before) - "playful, earthy, accessible, immediate, and fun."