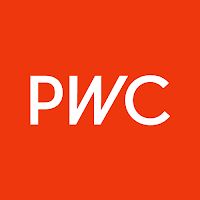 In 2017 I attended 9 readings of new works at the Playwrights' Center in Minneapolis, by far the most readings I have attended in one year since I just "discovered" them in 2016 when the Twin Cities Theater Bloggers were invited to a reading. Since them I've become a little obsessed with PWC. For over 40 years they've supported thousands of playwrights in the development of their work, a vitally important function in not just the local theater community, but nationally and even globally. Attending a reading of a work of theater in development, brought to life by some of the most talented actors in town (and the country) is such a thrill for this theater geek. An important part in that development is the audience, which is where we come in, friends. Playwrights like to know how an audience responds to their play, so PWC hosts free readings all of the time. You can find information on their events page about everything going on there, but one thing you can plan on is that through the Ruth Easton Series there will be free readings of a new play (or musical) by a core writer the first Monday and Tuesday of every month from December to April. It's a wonderful sampler of the work being done at the Playwrights' Center and I highly recommend it to anyone interested in new locally created works of theater.

"The Ruth Easton New Play Series gives selected Core Writers 20 hours with collaborators to workshop their script—to write, rewrite, experiment, and shape their work. For playwrights, this means great leaps forward for their plays. For audiences, this means a thrilling and intimate night of theater."

Here's some info about the five plays in the series, along with a few brief thoughts about the four I saw.

The Overcoat: A Low-Fi Musical, December 4-5
by Playwrights’ Center Core Writer Kira Obolensky
In this musical re-imagining of Gogol’s short story “The Overcoat,” poor beleaguered Charlie Shoe needs a new coat to keep Winter away—she’s there, on the bridge, on the stair, waiting for his body and soul. Funny and tragic, this short musical wonders if empathy and love are really enough to save us from the clutches of coldness.
Director: Seth Bockley
Composer: Brian Harnetty
Sound engineer: Justin Burk
Piano: Julia Brown
Cast: Eric Sharp, Katherine Fried, Thomasina Petrus, Jennifer Baldwin Peden, Joy Dolo, Skyler Nowinski, Craig Johnson, Malick Ceesay
FROM KIRA: “This musical was originally conceived by composer Brian Harnetty and me as something simple and stripped down—for untrained (or trained) voices and a piano. The music is seemingly simple and so is the story—but in the lightness we hope to approximate what Gogol’s short story does, which is to contemplate the great divide between poor and rich and the ways in which empathy can be born in even the most barren of hearts.”
My thoughts:
I've loved Kira's work for years as the resident playwright of Ten Thousand Things. Her work is often fantastical and fairy tale-like, but always grounded in very real emotions and experiences. I absolutely loved The Overcoat and am looking forward to seeing a full production sometime soon (hopefully with this brilliant cast!). My tweet immediately after seeing it says it all: "The new Kira Obolensky musical Overcoat is the sweetest saddest little musical I've ever heard! And now whenever the winter wind blows I will hear Jennifer Baldwin Peden's voice."

How The Ghost Of You Clings, The Anna May Wong Story, January 8-9
by Playwrights’ Center Core Writer John Olive
A “bioplay” about the great Chinese American actor Anna May Wong (Huang Liu Tsong, 1905-1961). The beauteous Anna lived large, appearing in silents, talkies, in the earliest days of television, in vaudeville shows, on Broadway, on the West End. Anna remains, to this day, the most prolific Asian American actor, ever.
Director: Rick Shiomi
Dramaturg: Christina Ham
Cast: Sun Mee Chomet (as Anna), Katie Bradley, Sherwin Resurreccion, Daniel Sakamoto-Wengel, Daniel Coleman, Stephanie Bertumen
FROM JOHN: “As I worked on How The Ghost Of You Clings I discovered, to my chagrin, that many—most—people have never heard of Ms. Wong. I had, being a devotee of old movies, but this lack of familiarity with a great American is something I hope to rectify with this play.”
My thoughts:
I have to admit, I'm one of those people who had never heard of Anna May Wong. But what a life story! The play has an interesting construction with the actors sometimes stepping out of the story to give commentary. It jumps around in time a lot, so I'm curious how that will play in a full production without stage directions being read. This play gave me an idea of who this woman was, both as an icon and trail-blazer, and as a normal human being living their life and trying to find happiness. I look forward to it being fleshed out into a full production.

Three Quarter Inches of Sky, February 5-6
by Playwrights’ Center Core Writer Sherry Kramer
The play is a meditation about memory—how we make it, how it makes us. It also is in conversation with our new technologically mediated selves. We are filled with vivid, tender, heartbreaking, exciting memories that aren’t actually ours, but look and feel like they are. We have an intimate relationship with wraiths. It’s changed the way we dream. It’s changed the way our dreams shape us. And it’s changed the world.
Director: Madge Darlington
Scenic design consultant: Christopher Heilman
Cast: Barbara Chisholm, Jim Lichtscheidl, and Sophina Saggau
FROM SHERRY: “One of the mysteries I’ve been trying to understand my whole life is how the small is so big in our lives. Folded into that mystery is my longing to sing about the mythic ways compassion and care make heroes of a hundred million people every day. Add in my fascination with our new primal—and often primary—relationship with the vivid lives we co-inhabit when we turn our gaze to our screens? That’s this play.”
My thoughts:
Sometimes a tweet says it all: "When a reading of a play makes u cry u know it's good (or maybe I'm just getting weepy in my old age). Loved Sherry Kramer's brilliant & beautiful 3/4 Inches of Sky @pwcenter, about memory, movies, family, & chicken pot pie. And this: Netflix is the small god that comforts me." This story of a woman caring for her aging and memory-challenged father, while also dealing with her own terminal illness, really got to me. It's sweet and funny, simple and profound. It's about connections, with our past, with our memories, with the stories we love, with the people we share our lives with. Thought-provoking, heart-breaking, and heart-warming all at the same time, this one feels complete to me (and with a lovely cast bringing it to life!).

Quiver, March 5-6
by Playwrights’ Center Core Writer Meg Miroshnik
Former free-spirit Juju has a new husband, a new religious calling, and, now that she’s in labor, very nearly a new baby. Not new? Juju’s dutiful teenage daughter, Morgan, an aspiring midwife. As Juju’s labor speeds up, a surprise visitor from their past arrives, forcing Juju and Morgan to wrestle with their conflicting visions of the future. Set inside the Christian Quiverfull movement (think TLC’s 19 Kids and Counting), Quiver is a story about family, faith, really long labors, and redemption.
Cast and creative team TBA.
Director: Hayley Finn
Dramaturg: Wendy Weckwerth
Cast: Christina Baldwin, Katherine Fried, Tony Sarnicki, Sun Mee Chomet
FROM MEG: “This play is set in the Quiverfull movement, which is a strain of Christian fundamentalism that encourages families to have as many children as biologically possible. The play came at me from a bunch of different angles: In my guilty-pleasure reality TV watching, I was transfixed by the Duggar family of TLC’s 19 Kids and Counting. And then as an intellectual curiosity, I started to notice some of the fringe views embraced by Quiverfull-adherents like Christian Dominionism popping up in mainstream conversations. From a personal perspective, I wanted to find a way to capture the long labors and childbirths I’d had in short succession in some kind of story. And, finally, there was an offhand comment. When I mused that I’d like to write a play in which the main character was in labor for the whole play, [PWC’s] Julia Brown said she’d like to see that play. And that little moment of encouragement was kind of the straw that tipped me over into writing!”
My thoughts:
Unfortunately I missed this one due to a snow day cancellation.

the bandaged place, April 9-10
by Playwrights’ Center Core Writer Harrison David Rivers
When a former lover resurfaces, re-opening a painful wound, Jonah Irby is forced to turn to his precocious daughter and his tough love grandmother for support. A brutal and lyrical play about the things we hang on to and the price of moving forward.
Director: Saheem Ali
Cast includes: Jonathan Burke, Bradley Hildebrandt, Awazi Jaafaru, Faye Price, and James Rodriguez
FROM HARRISON: “the bandaged place is the play I said I would never write. Swore, really. Admittedly, my plays tend to borrow from real life, from my real life, but more than any of my other writings, the events of this play… well, suffice it to say that they hit incredibly close to home… definitely too close for any kind of comfort. This ‘closeness’ is probably why it had to be written. I don’t remember who it was that said to me, ‘Write what scares you most, what keeps you up at night, what haunts you.’ the bandaged place is that for me—the thing that continues to haunt.”
My thoughts:
This is such a beautiful play, and it's obvious that it's close to the playwright because it feels very real, personal, intimate. In just 75 minutes we get a complete picture of Johah, his brokenness and his unbreakable spirit. It's a brutal look at an abusive relationship and what it takes to survive. Jonah is a dancer, and the stage directions refer to movement and dance, which would be beautiful to see in a full production because the script feels graceful and lyrical as well, despite the dark subject matter.