"Sister Act" at the Orpheum Theatre 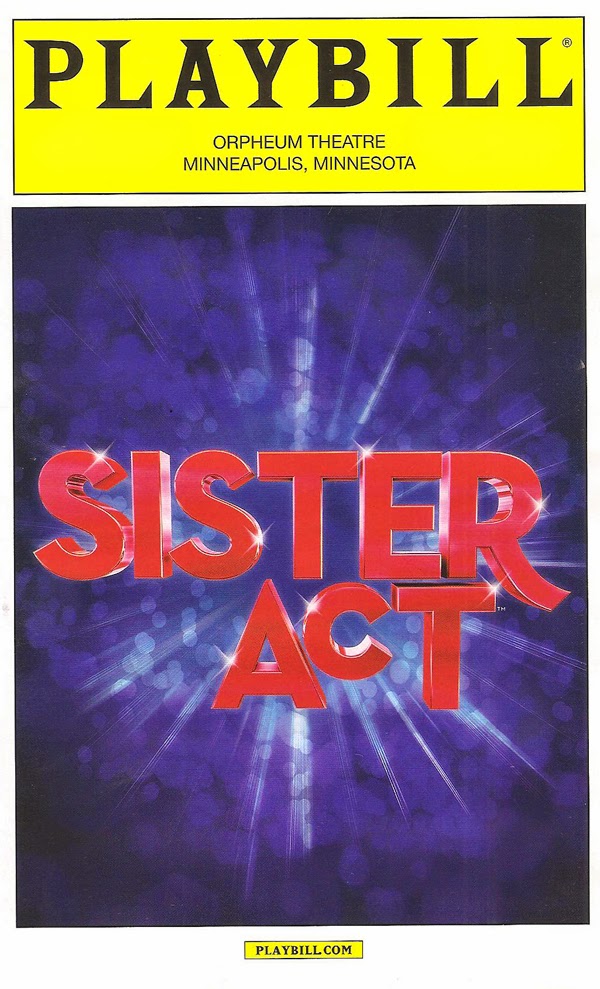 The 1992 Whoopi Goldberg hit comedy movie Sister Act was recently turned into a musical, because that's how most Broadway musicals are made these days. And while I'll always be an advocate for new original musical theater, this is one of the few movie-musical adaptations that actually makes sense because music is central to the original movie; it's about the power of music to bring people together. I saw the First National Tour of Sister Act last night on the first night of its week-long stay in Minneapolis, and I had a great time. It's nothing deep or ground-breaking, but it's funny, heart-warming, and features some great new music (by Alan Menken) with a smooth '70s groove. Sister Act is one of those shows you go to for the fun of it, like a summer blockbuster.

If you're unfamiliar with the movie, here's the general gist of it: in 1978 Philadelphia, aspiring singer Deloris sees her bad guy boyfriend kill someone, so the police send her into hiding in a convent. Needless to say, the Mother Superior does not approve of Deloris, who has trouble giving up her worldly ways to live the life of a nun. But she recognizes Deloris' skill in music and puts her to work with the abysmal choir. Under the direction of Deloris, aka Sister Mary Clarence, the sisters become a fantastic musical act which brings more people into the church and saves it from being sold. Unfortunately it also brings attention to Deloris and allows the bad guys to find her, but Deloris refuses to abandon her sisters before their papal performance. Will Deloris be saved from the crooks, and will the sisters pull off their biggest show yet? It's a musical - what do you think?

Some gloriously fun things about the show:

The sisters are celebrating at the Orpheum Theatre in Minneapolis through Sunday June 1, click here to join the joyous celebration.