It's hard to believe with the weather we've had, but summer is just around the corner. And if you're a musical theater fan like I am, it's going to be a great one! Here are a few summer musicals I'm looking forward to this year. I realize most people aren't able (or willing) to see as much theater as I do, so take a look at the list and see what piques your interest, and go see some local musical theater! (Click on the title to find out more info about the show and how to order tickets.) Bloody Bloody Andrew Jackson, Minneapolis Musical Theatre, June 6 - 29
I saw this hilarious and smart political-satire-emo-rock-musical on Broadway in the fall of 2010 and absolutely loved it. I've been waiting for a local theater company to do it, so I'm thrilled that Minneapolis Musical Theatre chose it as their final show of the 2013-2014 season.
Update: read my review of the show. 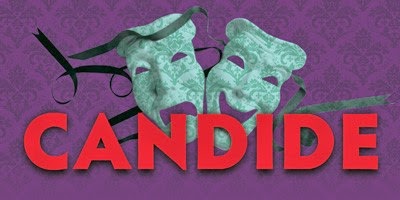 Candide/Berlin to Broadway, Skylark Opera, June 13 - 22
I've enjoyed attending Skylark Opera's summer festival for the past few years because it introduces me to shows I'm not familiar with, typically musicals that veer a little more towards the opera side. This year they're doing Bernstein's operetta Candide and a celebration of composer Kurt Weill (The Threepenny Opera). And the fantastic casts include some of my faves: the fabulous Baldwin sisters (Jennifer Baldwin Peden in Candide and Christina Baldwin in Berlin to Broadway), Bradley Greenwald, and Dieter Bierbrauer (both in Berlin to Broadway).
Update: read my review of the shows. 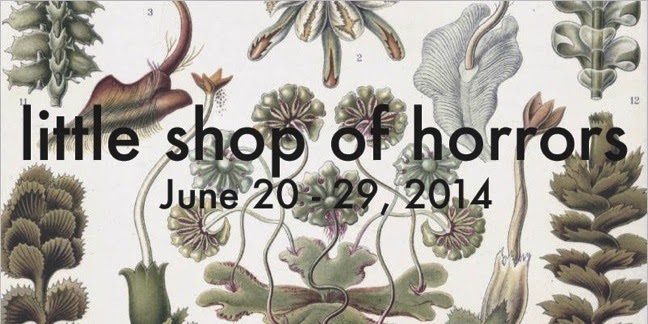 Little Shop of Horrors, 7th House Theater Collective, June 20 - 29
The uber-talented young musical theater artists who last summer brought us a raw and real production of the ground-breaking musical Hair return this summer with Little Shop of Horrors, the dark comedy about the man-eating plant. With just seven performers (including the band), it's sure to be another wonderfully sparse reinvention of a classic. (Ticket prices are a mere $12, but if you can afford more, you can help support them through their fundraising campaign.)

My Fair Lady, The Guthrie Theater, June 28 - August 31
The Guthrie's summer blockbuster is everyone's favorite rags to riches story, My Fair Lady, which includes such gems as "I Could Have Danced All Night," "On the Street Where You Live," "Wouldn't It Be Loverly," "Get Me to the Church on Time," and "The Rain in Spain." While none of the lead actors are local (boo), the supporting players and ensemble include many local favorites (yay), including Robert O. Berdahl, Angela Timberman, and superstar Tyler Michaels. It's sure to be a big beautiful production.

RENT, Lyric Arts, July 11 - August 3
Last but not least is my favorite musical RENT. It's a show I will go see anytime, anywhere (I've seen it 13 times over the past 17 years). I'm super excited that Lyric Arts in Anoka is doing it this summer; I've been pleased by everything I've seen there so I think they'll do a great job. No day but today!

A Little Night Music, Mu Performing Arts, July 25 - August 10
I forgot about this one when I was writing my list last month, but obviously, Mu + Sondheim = must-see. Two years ago they set Sondheim's fairy-tale inspired Into the Woods in the woods of Asia with an all Asian-American cast, and it was truly delightful. I can't wait to see their take on another Sondheim classic. Send in the clowns!