"Walking Across Poland" at Illusion Theater 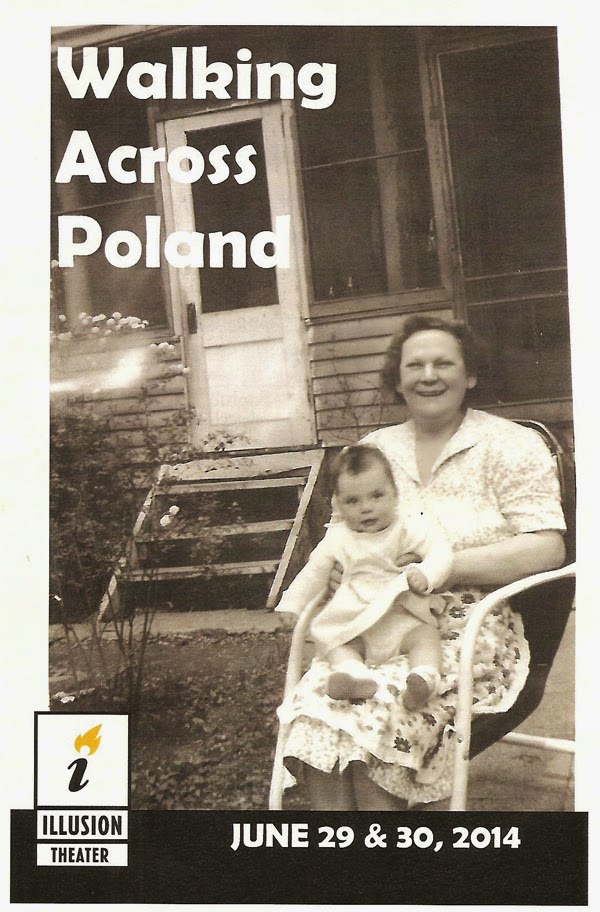 Illusion Theater's annual new works series Fresh Ink debuted last night with the reading of a lovely new musical called Walking Across Poland. This autobiographical musical written by Illusion's Artistic Director Michael Robins, with music by Roberta Carlson, tells the story of his grandmother through memories, photos, and music. Even though it's still in the early phases of development at just about an hour long, it's already a moving and nostalgic piece, a family story come to life. I look forward to seeing it further developed and fleshed out.

Grandma Sophie immigrated to St. Paul from Russia when she was just 16. The story begins when young Michael is with his family, sitting shiva after Sophie's death. She never talked about her journey to come to this country, and Michael is haunted by what he doesn't know and what his grandmother tried to tell him before she died. The family tells stories of their past, and we see Sophie's life in flashback - her marriage, divorce, children, a portrait of a life. Michael's questions are not completely answered but he does get a better understanding of who she was, as does the audience. She sounds like an incredible woman - strong and smart, determined to make a better life for her family, a survivor of great hardships.

Roberta Carlson again wrote beautiful moving music that moved me to tears (see also My Ántonia). This piece is similar in that it evokes feelings of nostalgia for a longed-for past and people. The music and words of the play are beautifully performed by the seven-person cast - Randy Schmeling as the adult Michael looking back on his past, Spencer Levin as young Michael, Nora Long as Sophie (with her strong clear voice ringing out across the theater), Emily Scinto as Young Sophie and Michael's sister, Sally Ann Wright and Jay Hornbacher as Michael's aunt and uncle, and Ryan Patrick as Sophie's husband.

I've attended several readings of new work this year, including the History Theatre's Raw Stages, Theater Latte Da's Next, and the beautiful new musical version of the movie Sweet Land. It's so exciting to hear new plays and musicals "read" (which really means performed, but with a script in hand) by local talent. It's fun to be part of the development process and to watch these pieces grow and transform. There's one more performance of Walking Across Poland tonight, and the Fresh Ink series continues in July with more new works. Check it out, or contact your favorite theater company to see what they've got cooking.