"Broadway Songbook: Comden and Green" at the Ordway Center 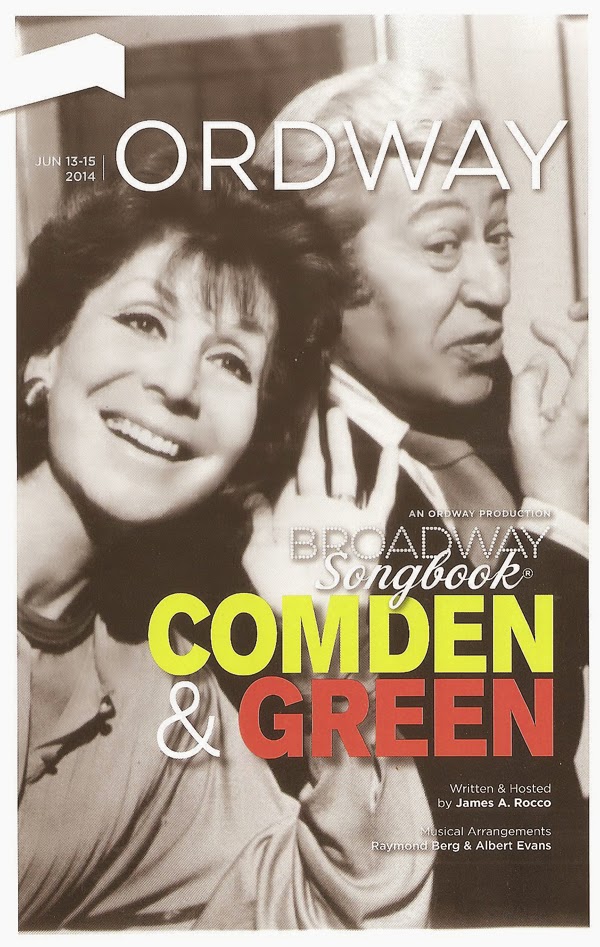 "Make someone happy, make just one someone happy." What makes this someone happy is an entertaining and informative lesson on musical theater history from James Rocco, Artistic Director of the Ordway and genial host of the Broadway Songbook series. The final show in this third season of the series focuses on lyricist team Betty Comden and Adolph Green, famous for such classic musicals as On the Town, Wonderful Town, Bells are Ringing, and Will Rogers Follies, not to mention such films as Singin' in the Rain. Along with talented local singer/actors Elena Glass, Amasia Gordon, Reid Harmsen, Peggy O'Connell, Carl Shoenborn, Erin Schwab, and Kirby Trymucha-Duresky, and a three-piece band led by pianist and Musical Director Raymond Berg, James presents yet another fun show celebrating musical theater history. There's really no better way to spend a rainy afternoon.

James describes the typical Comden and Green song as "short, sassy, happy, and a little impudent." Lyrics are often fast and clever, and occasionally sad and poignant. Highlights of the show include:


Broadway Songbook: Comden and Green runs this weekend only so act fast. Or plan ahead for the next installment, The First 100 Years, which unfortunately falls right in the middle of the Minnesota Fringe Festival (although on second thought I may be the only person in the intersection of Broadway Songbook and Fringe Fest).


*I don't believe I've ever seen Peggy on stage but she seemed familiar to me, and I realized why when I read that she had a recurring role on my favorite TV show of all time, Northern Exposure.