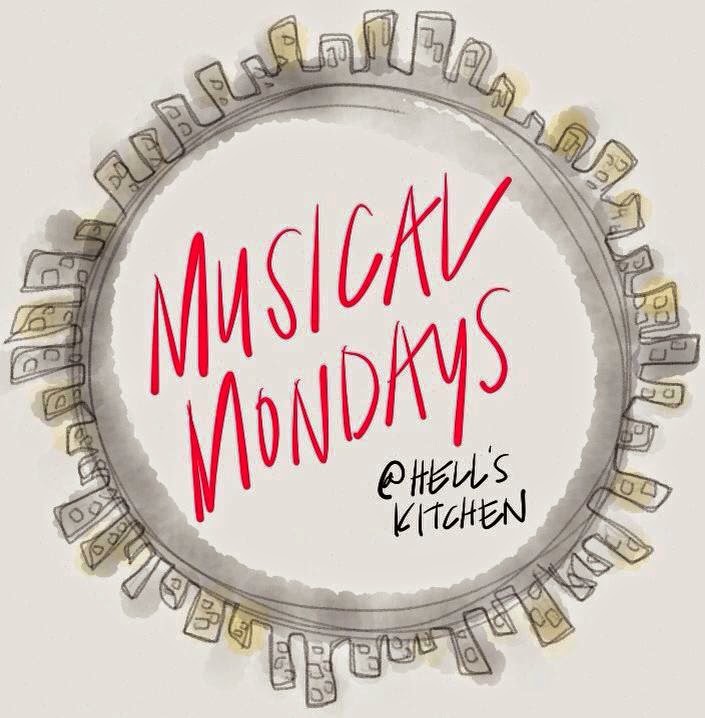 Mondays are typically the worst day of the week, but not when it's the first Monday of the month. Because on the first Monday of the month you can end your dreary Monday with a little musical theater cabaret - and what's better than that? Best friends Max Wojtanowicz and Sheena Janson (who chronicled their friendship in their adorable musical Fruit Fly) started this series, called Musical Mondays at Hell's Kitchen, in November of 2012 and it's still going strong. Surprisingly, last night was my first time attending the event. It's everything I love, great musical theater songs performed by some of my favorite musical theater artists, so now that I know the lay of the land, I'm sure I'll be back.

This month's theme was Pride and featured women singing songs usually sung by men, and vice versa, as well as some LGBT-themed songs. Max and Sheena (who are wonderful hosts and a great comedy duo) were joined by their talented friends C Ryan Shipley, Debra Berger, Justine Bergevin, Kasono Mwanza, and Kim Kivens, accompanied by Jerry Rubino on keyboard, Bill Crean on bass, and Bob Beahen on drums. The performers sang solo and in groups, mostly songs from the musical theater canon. Highlights include:


Next month's Musical Mondays will occur on July 7 and feature previews of musicals that will be in The Minnesota Fringe Festival (which takes place July 31 - August 10). "Like" the Musical Mondays Facebook page to keep up to date on the schedule and performers. If you're a fan of musical theater and/or our plentiful local musical theater talent, you will definitely want to put this one on your schedule. (It's also great people watching - most of the audience are theater people!)