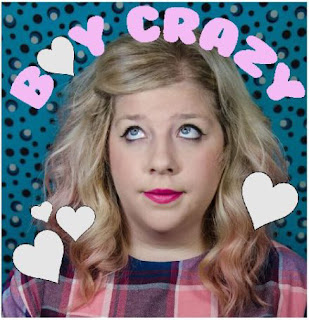 If you watch Crazy Ex-Girlfriend (and if you're not, you should be), head to Bryant-Lake Bowl on the next two Monday nights to see Madde Gibba's original musical comedy improv show Boy Crazy. Not unlike Rachel Bloom, Madde can turn a comic and slightly crazy (although the situation is a little more nuance than that) love story into a clever, melodic, funny, and sometimes even sweet song. The 80-minute show is like a song cycle about love and relationships in the modern world, and it's great fun.

Madde tells stories (in monologues, songs, or scenes with audience volunteers) of the 39 boys she's loved in her life, ranging from her 5th grade boyfriend to a Kardashian producer she met on a dating app in L.A. Through the stories we get a sense of the interesting life she's led (outside of just the boys she's dated), living on both coasts, a cruise ship, and a boat in Bermuda, just to name a few. She's a great storyteller and a fantastic comedic singer. In between planned stories (many of them accompanied by original songs), she invites an audience member of the male persuasion up on stage to choose a scene at random, a true story of Madde on a date or in a relationship, which they then act out, allowing Madde to use some of her improv skills. There's also a bit of musical improv, which is my favorite kind of improv. Madde is accompanied throughout the show by Bradley Beahen on piano, a great partner in this one-woman show.

Madde's stories grapple with all of the issues around dating in today's world, and most of them do not end well, as you can imagine. But despite that, the show has an overall hopeful tone, as Madde describes herself as someone in search of joy, not regretting any of the moments of joy she's found. The show is well constructed from start to finish, but also loose and playful and open to what happens each night. With food and drink service in the theater throughout the night (BLB quotes Bertold Brecht "A theater without beer is just a museum"), it's a fun and early Monday night.

Boy Crazy has two more performances: Monday July 16 and 23 at 7 pm. You can also see Madde at the Minnesota Fringe Festival in August in a show called Writing Wrongs in a Sandcastle.