All of these can be found wherever you listen to podcasts, unless otherwise noted. 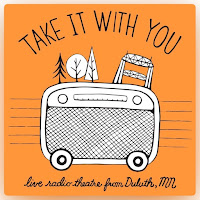 Take It With You
The podcast for which I figured out how to use the podcast app on my phone is Take It With You - "live radio theatre from Duluth MN!" Started in 2014 by former #TCTheater artists now based in Duluth, Blake Thomas and Mary Fox, there are now six complete seasons for you to listen to (over 40 hour-long episodes), recorded live in front of an audience in the before times. I love it so much I've driven up to Minnesota's favorite vacation spot to watch an episode in person almost every season. It's a scripted show with new music (written by Blake, and Matt Riehle in recent seasons) and features many actors you might know from local stages (Andy Frye, Gracie Anderson, Ryan Nelson, and more). The early seasons focus on a group of friends at a bar, but season six is an eight-episode wacky Wild West story. It's funny and silly, with fantastic performers and great music (I wish they'd release an album of songs). They're hoping to release some episodes or mini-episodes this year, and I cannot wait until I can go watch a live taping in Duluth again someday. In the meantime I might go back and start again at the beginning. 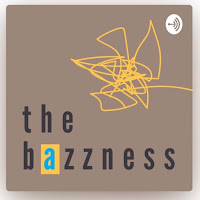 The Bazzness
#TCTheater artists Sam Landman started this podcast for Minnesota playlist in 2018, and recorded 13 30-40 minute episodes of interviews with local artists - and not just those working in theater. Jane Froiland took over host duties for the second 13-episode season, which concluded just before everything shut down. Standard questions include "what's your process" and "tell me what art isn't." I love listening to artists talk about their art, and it's been fun to listen to beloved artists, as well as get to know new-to-me artists. 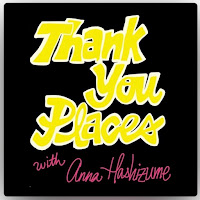 Thank You Places
This is another theater people podcast, in which #TCTheater artist Anna Hashizume talks to one of her artist friends about "navigating the world as a theater artist." It feels less like an interview and more like a conversation (that usually lasts well over an hour), in which Anna and someone else you've probably seen on local stages chat about auditioning, doing shows, and simply making one's way through life as an artist. As someone who is not a theater person, I find the conversations fascinating and enlightening. Anna is still recording episodes since the pandemic, which has morphed the conversation somewhat. Episodes are released weekly, with about 40 currently available. As a bonus, at the end of every episode they talk about skin care. 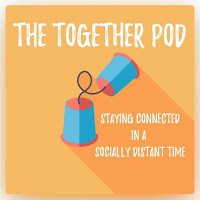 The Together Pod
This is another conversation between artists, but unlike the above two podcasts, The Together Pod was specifically started for this unique time we're living in. #TCTheater artist Serena Brook is part of the cast of Chanhassen Dinner Theatres' The Music Man, which had just opened when performances were suspended due to the pandemic. So Serena started this podcast about "staying connected in a socially distant time." Episodes are usually around 40 minutes long and consist of a phone call between Serena and "a good buddy," typically an artist she's met in her time working in local theater, national theater, or on A Prairie Home Companion/Live From Here. What I find comforting about this podcast is that they don't ignore the difficulty of this time, but they also focus on how to find joy and be present, even (or maybe especially) now. 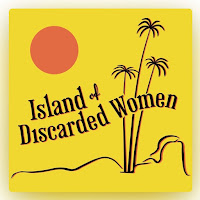 Island of Discarded Women
Sue Scott started this podcast last year, in part as a reaction to being fired from her decades-long job in the radio acting company of A Prairie Home Companion. It's a mix of comedy sketches (featuring #TCTheater faves like Shanan Custer and Mo Perry), music, storytelling, and an interview with an inspiring woman. They also used to record live in front of an audience, and I was hoping to attend an upcoming episode (and still do!). They recently released their twelfth hour-long episode, the first one recorded in the zoom era. IODW has always been inspiring, moving, and poignant (as well as funny and entertaining), but this last one might be the most so. It just somehow always keys into how we're all feeling. Give it a listen, and remember, WWSHUSH - When Women SHow Up Shit Happens!
(I'm secretly hoping for a podcast crossover between Serena and Sue in which they talk about their connection!) 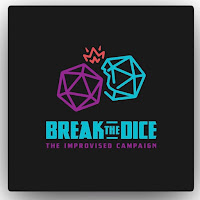 Break the Dice
Serendipitously, local improv troupe The Bearded Company turned their hit Fringe show Swords & Sorcery: The Improvised Fantasy Campaign into a podcast just before all live performances were cancelled. In a mix of Dungeons and Dragons (don't worry, I don't get D&D either) and improv, their plan is to tell four three-episode story arcs through the 12-episode season. It's a fun fantasy escape during this time. Four episodes are currently available; watch for new episodes to be released at the beginning of each month. 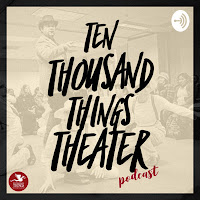 Ten Thousand Things Theater Podcast
I haven't found this one on my podcast app yet, but you can listen to it online here. It just started a few weeks ago, and so far the under 30-minute episodes feature a conversation between a TTT artist (Marcela Lorca, Meghan Kreidler, Kimberly Richardson) and either another artist or someone working in the community that they want to highlight during this time. 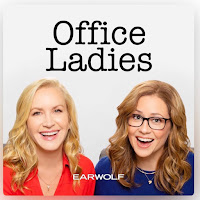 Office Ladies
And now for some that have nothing to do with theater. Because before I was a theater addict, I was a TV addict. OK I still am, especially right now! One of my all-time favorite shows is The Office; I loved it when it first aired in the mid-aughts, I've caught a million reruns, and I recently finished rewatching the entire series on Netflix. So listening to two of the stars of The Office break down every episode and share behind the scenes details is the highlight of my week right now (new episodes released every Wednesday). Jenna Fischer (Pam) and Angela Kinsey (Angela) are a delight to listen to, their affection and closeness is obvious, and their chatting about the show, their friendship, and everything else is endlessly endearing. The podcast debuted last year and they just finished season two, with another seven to go, and I am so here for it (typically I listen to the podcast first, then watch the episode). 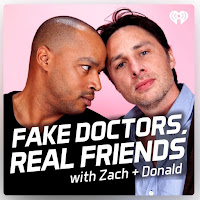 Fake Doctors, Real Friends
Similar to Office Ladies but completely different, Fake Doctors, Real Friends may be the best thing to come out of this pandemic. With nothing else to do (and I suspect somewhat inspired by the success of Office Ladies), Zach Braff (JD) and Donald Faison (Turk) are talking about Scrubs, episode by episode. But it's much less structured than Office Ladies; most of the 60-90 minute episodes are just the two BFFs talking about everything and nothing (in the last episode I listened to, it took them 20 minutes to finally start talking about the show). Maybe as the weeks go on (they're currently doing two episodes a week - Tuesdays and Thursdays) they'll get more focused, or the fun of listening to them talk about nothing will wear off, but for now I find it highly entertaining. And they do share things about Scrubs, which is a wholly unique show in the history of TV, with guests like creator Bill Lawrence and much of the original cast. Lastly, the Zach and Donald co-wrote and sing one of the most infectious theme songs I've ever heard. 5, 6, 7, 8!