8pm: The Cut-Out Bar is not only weekly, it's nightly. That's right, every single night #TCTheater artist Sam Landman goes live on both his Facebook and Instagram pages to listen to and comment on an obscure album he has never listened to before. The album is chosen by the audience from his vast collection of "cut-out albums" (which means they're sold at a very low price). Half of the entertainment value comes from hearing what is usually bizarre or weird or cheesy music, and the other half comes from watching Sam react to it. Show up at 7:45 for the boozy pre-show, and ask questions or add comments throughout the show.

8pm: In this new event I'm super excited to check out, The Actors Theater of Minnesota and Camp Bar bring us the "Online Showtune Challenge" - a trivia night that involves identifying showtunes and the musical they're from. Sign me up! Click here for more information.

7pm: Talented #TCTheater actor/singer/songwriter Leslie Vincent (you might have seen her in Jefferson Township Sparkling Junior Talent Pageant at Park Square Theatre last year) performs songs on the ukulele at 7pm on her Facebook page. Visit the event page for details, and watch on Leslie's Facebook page. Also check out her fabulous new jazz album These Foolish Things.

7pm: I've heard about the Theater of Public Policy ("using comedy to reframe hard thinky stuff") for years, but never actually seen one of their shows until these virtual shows began. Each week, host Tane Danger interviews someone interesting about a relevant topic, followed by improv around whatever topic was discussed. They just concluded their spring season, but past episodes are available to watch on their Facebook page.

8pm: Reverend Matt (aka Matthew Kessen) has been doing his Monster Science show for years - at the Fringe, at the Phoenix, or even at your local library. Featuring a highly researched and delightfully nerdy slide show that dives deep into a specific monster as represented in myths, legends, literature, and pop culture, this is a show that translates well to the online space. Follow Reverend Matt's Monster Science on Facebook for details on this week's show and watch on Twitch TV.

8pm: Our favorite New Prague theater DalekoArts is hosting a weekly trivia night (with prizes) to benefit a local business. They're calling it "DalekoArts Trivia Extravaganza" (aka DATE Night). The night I attended there were three rounds of seven multiple choice questions, answered on a separate website while watching the livestream hosted by Daleko co-founders Amanda White and Ben Thietje. Everyone loves trivia, and you might even see some surprise appearances by Daleko favorites. Note: you DO need to register prior to the event - see their website for more details. 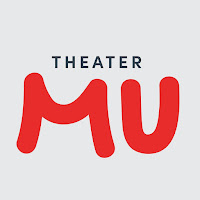 7pm: Every Friday since everything was shut down, Theater Mu has been holding a conversation they're calling "Mu-tini Hour." Hosted by Mu's new Artistic Director Lily Tung Crystal, each week features a conversation with different Asian American theater artists, both local and national (George Takei anyone?). It's a fun and casual way to get to know these artists a little better and to stay connected. Follow them on Facebook for details on each week's event (bonus: Mu also hosts "Family Exploration" events every Saturday).

8pm: The fabulously talented Colleen Somerville, one of the creators of the hit Fringe shows Not Fair, My Lady and Size, hosts this weekly cabaret featuring her fabulously talented friends. A mix of recorded pieces and live performance, Songs for Feeling Better most certainly will make you feel better. Streamed live on the Somerville Productions Facebook Page.

8pm: The Brave New Workshop, Minneapolis' 60+ year old comedy troupe, goes live with a new show every Saturday, entitled "The Brave New Workshop Goes VIRAL - A Digital Comedy Series." Hosted by Caleb McEwan and featuring BNW favorites, the show includes a recap of the week's news, a chat with the performers, and comedy sketches. Find more info on the Facebook Event page, and watch the episodes on Facebook, YouTube, or their website. 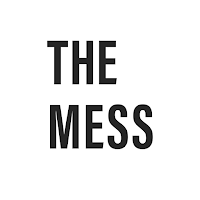 930pm: The Mess Improv continues their 930 Saturday timeslot, previously at HUGE Theater, on their Instagram story. I'm not sure how this works logistically, but it's the same wacky, random, funny stuff as their live show - but with Instagram filters! You can also watch past weeks as saved Instagram stories.

Finally, this isn't weekly, but Chanhassen Dinner Theatres has enlisted the talented cast of their currently suspended show THE MUSIC MAN (and other special guests) to create short videos that they're compiling into something called "Variety Slam." There have been two half-hour shows so far, which you can watch on their YouTube channel here. Follow them on Facebook for news on the next episode, which is hopefully coming soon!