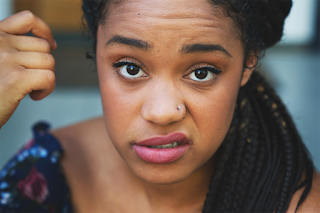 Title: Not Fair, My Lady!

Summary: A series of vignettes and songs about the portrayal of women in the American musical theater canon, as well as the role of women in creating theater.

Highlights: My first show of the 2018 Minnesota Fringe will no doubt stand as one of my favorites of the fest. Written by talented #TCTheater artists Shanan Custer and Colleen Sommerville, with musical arrangements by Anita Ruth, it's funny, smart, and insightful. The impetus for the show is the misogynist old shows that are being revived on Broadway* this year in the midst of the #MeToo movement, but really there are so many "classics" in which women's roles are limited and stereotypical, a fact that's startlingly obvious in a couple of montages of snippets from a wide variety of musicals new and, well, mostly old. There are also a couple of familiar songs with new lyrics that talk about the problem, and also about what it's like to be a women working in musical theater, particularly women of color, and women who are bigger than size 2 or older than 25. A fabulous and diverse cast of seven talented women (Colleen Somerville, Courtney Miner, Falicia Nichole, Kecia Beth Stimmler Rehkamp, Marcie Panian, Rue Norman, and Suzie Juul) beautifully perform the funny and insightful songs and sketches, and also speak about their own experiences in a meaningful way. I couldn't love this show more and it couldn't come at a better time. Women can write musicals too!


*I saw the revival of Carousel on Broadway this spring and it's stunning. Yes that line is awful, but as they say on Crazy Ex Girlfriend, the situation is a little more nuanced than that. And I recently saw Guys and Dolls on stage and watched the movie, and am flabbergasted that the Guthrie chose it as their 2019 summer musical. The entire premise of the musical rests on archaic gender stereotypes. Really, Guthrie?!