"Killer Inside" by Sandbox Theatre at Red Eye Theater 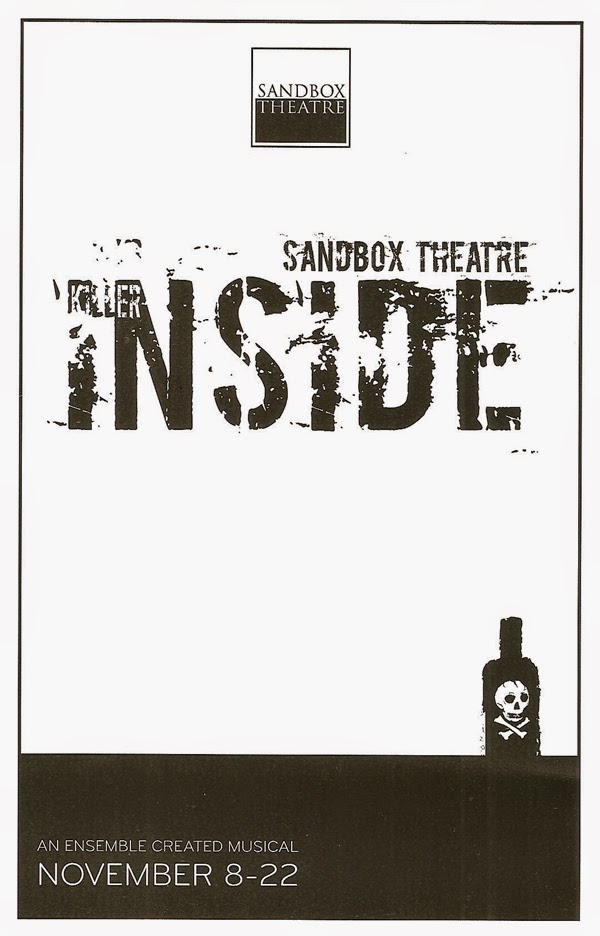 The "murder ballad" is a genre of music in which a deliciously tragic tale of murder is told through a sad and lovely song, often associated with Appalachian or traditional Scottish or Irish music. Sandbox Theatre, a company that performs new works created by the ensemble, has taken the idea of the murder ballad and turned it into a 90-minute musical called Killer Inside. Basically it's a series of new murder ballads acted out and sung by the ensemble, tied together in a prison setting. It's dark and disturbing, but really creative and inventive, and well-performed by the seven-person ensemble (Derek Lee Miller, Derek Meyer, Evie Digirolama, Kristina Fjellman, Megan Campbell Lagas, Sam Landman, and Theo Langason) and two-person band (Charlie Henrikson and Derek Trost).

The ensemble members, who collaborated to write all of the music and the story, play various characters on both sides of the law - prisoners and officers at Pittsville Penitentiary. There's not so much a throughline plot, but rather a series of vignettes in which we hear the various stories of these characters in the prison. The officers tell and sing about what it means to them to work with murderers. The prisoners also share their stories of murder. Some of the murderers are sympathetic - wronged people standing up for themselves or protecting their family, others are after revenge, still others are cold-blooded psychopaths. They all have a different reason for killing, but they all ended up in the same place.

Songs range in style from the Appalachian/bluegrass sound (my favorite) to a wild rock song, with a crazy tap dance thrown in. Some of the songs are funny, some poignant, some frightening, all pretty great. (You can hear some of the creators talk about the process of writing in an episode of Twin City Song Cycle.) The band accompanies the ensemble, some of whom also join in with the band, on fiddle, guitar, drums, and piano. All are dressed in matching gray and yellow color-blocked prison uniforms, on a starkly bare stage.

Killer Inside continues for one more weekend at Red Eye Theater. Check it out for some original, inventive, creative music-theater. 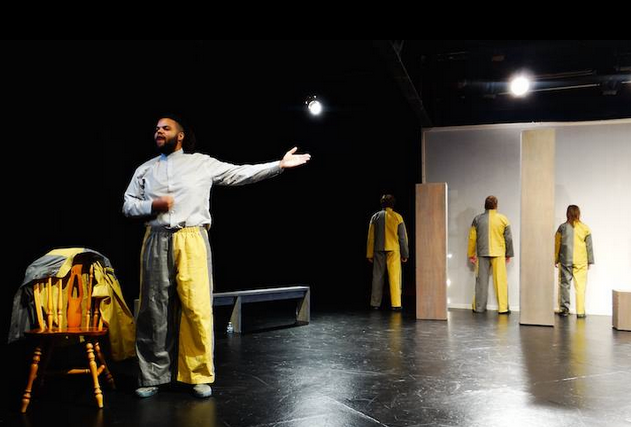