"Love's Labour's Lost" by the Moving Company at the Lab Theater 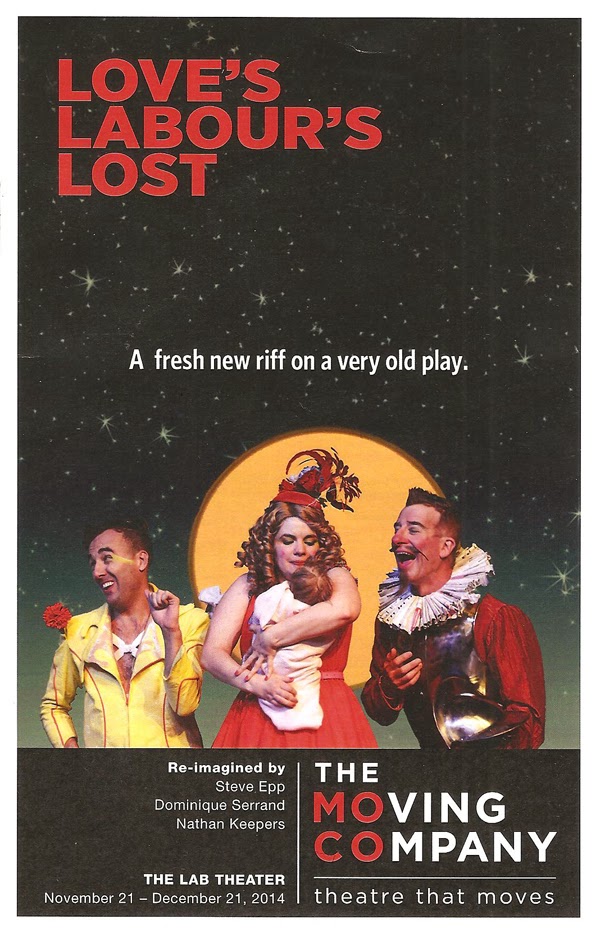 The Moving Company's new adaptation of one of Shakespeare's earliest romantic comedies, Love's Labour's Lost, includes at least one line from each of his 37 other plays. Not being a Shakespeare expert, I only recognized a few, mostly from Hamlet and Romeo and Juliet, the two plays with which I (and probably most people) am most familiar. If I didn't know that they had removed sections of the original play and replaced them with lines from other plays, I would never have known; it feels very much like one cohesive story, not at all the mash-up that it is. Which is a credit to creators Steve Epp, Nathan Keepers (both of whom also star in the play), and Dominique Serrand (who directs), who have so seamlessly woven in lines and plot points from other plays to create something entirely new and original. In typical Moving Company style, it's at times wacky, or funny, or moving, or just plain entertaining.

The original plot of Love's Labour's Lost follows a king who convinces his three companions to join him in three years of intense study, fasting, and avoiding the company of women. This only lasts until the daughter of the King of France arrives with her three comely companions, and the men forget their vows to woo the women. We follow these four love stories through the ending, which is not your typical happy ever after, but allows room for the possibility. 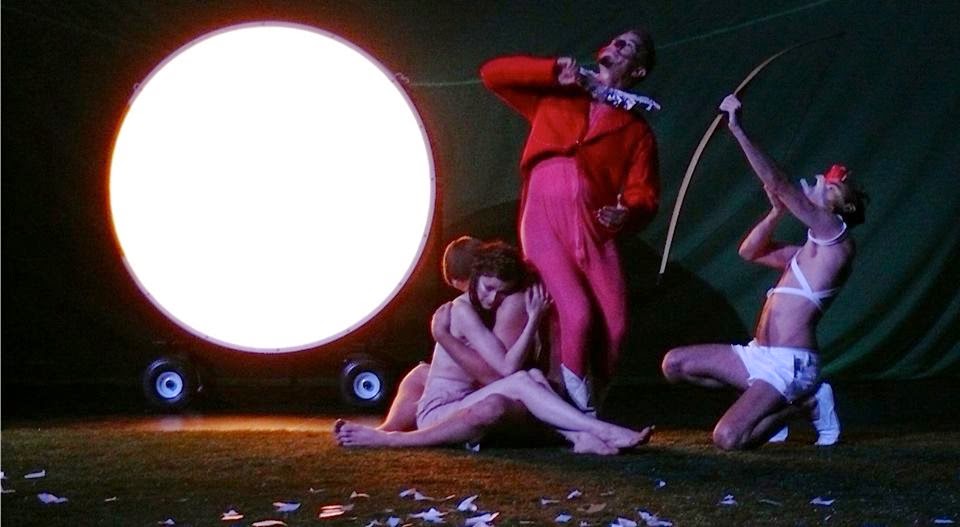 Other than Steve Epp and Nathan Keepers (Co-Artistic Director and Artistic Associate), the rest of the 13 person cast are all new to The Moving Company, but it doesn't feel that way. They all mesh very well in the MoCo aesthetic and bring their own skills to the table. As one of the four pairs of lovers, Emily King and Lucas Melsha have created several stunningly beautiful dances, in a sort of animalistic modern dance style. These two characters speak no words but say everything with their bodies. Jim Lichtsheidl is such a unique and gifted physical comedian, a skill that's on great display here. There's music too, with a couple of songs sung by the ensemble in gorgeous harmony (not surprising with voices like Ricardo Vazquez and Jennifer Baldwin Peden). Steve and Nathan are a couple of goofballs and work so well together after years of collaboration. Heidi Bakke as the object of their affection completes this silly trio.

Director Dominique Serrand has created an exceedingly simple set that is so lovely and evocative - just an AstroTurf-like carpet unrolled on the floor, and sheer fabric creating the green of the field and the blue of the sky, that ripple with the slightest motion. I absolutely loved the costumes (by Sonya Berlovitz), so unique and creative and perfectly suited to each character. In the first act everyone is dressed in military garb - traditional camouflaged soldiers and warrior women looks; the second act civilian costumes are beautiful but whimsical, with each pair a perfect matched set. Of particular note is the king's daughter, who goes from an armored breastplate to a lusciously full-skirted gown.

This is my 6th Moving Company show, and they never cease to surprise and delight me with their innovative and unique style of creation. Love's Labour's Lost, billed as "a fresh new riff on a very old play," covers all the bases - it's sweet and poignant, with some lovely dancing and music, and silly entertaining antics. Watch the video below to get a taste of the show, and then order your tickets here.