"Grounded" by Frank Theatre at the Playwrights' Center 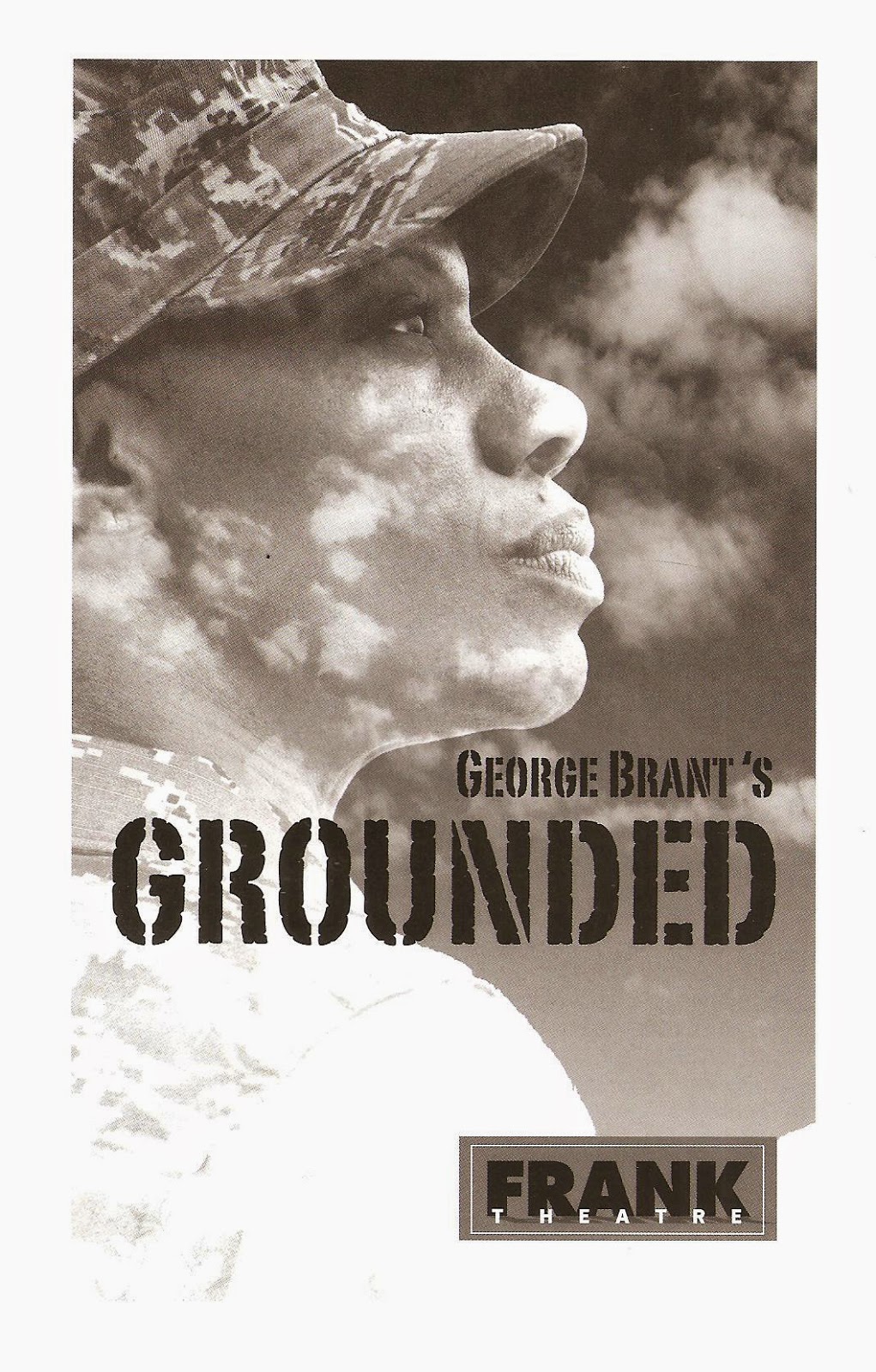 Drones are everywhere. The increased use of unmanned aerial vehicles in war is all over the news, and is even the focus of this season of Homeland. But you never think about the person behind the drone, the one who's flying it remotely and pushing the button to make the hit on the target, to sometimes devastating effect. Frank Theatre's Grounded does just that. A fighter pilot who has been grounded is reassigned to fly military drones from half a world away. In this one-woman show starring the always excellent Shá Cage, we watch this pilot adjust to her new job, new family, new schedule, until the effects take their tole and she's no longer as grounded as she appears.

The unnamed main character is the epitome of a tough fighter pilot, loving nothing more than being up in "the blue" and fighting for her country. She's forced to give that up, at least temporarily, when she falls in love and gets pregnant. After a few years at a desk job she longs to return to the blue; even though she loves her husband and daughter, it's not enough. She reports for duty and is told she'll be remotely flying drones rather than going up in planes, and is assigned to a base outside of Las Vegas. She initially thinks she's being punished, but is eventually convinced that drones are where it's at. She moves with her family into a house in the suburbs and begins her daily 12-hour shift of flying drones, returning home to her family at night. War as a 9 to 5 job may sound nice, fight the bad guys during the day and then go home to your family, but this pilot learns that it's not as easy as it sounds. It becomes increasingly difficult for her to separate her day job of killing "military age males" from her home and family life in the suburbs. Instead of transitioning out of war mentality once a year on leave, she has to do it every day, and soon the lines begin to blur, to the detriment of both her work and home life.

Before the show, Sousa marches get the audience into the military mood. About five minutes before the show starts Shá Cage walks out and stands at attention, her arm in salute (you try holding your arm in salute and see how quickly your arm fatigues!). Shá is an excellent choice for this role. She's strong enough to command the stage and play this strong woman, but also convey her vulnerable side with her family, as well as the cracks that begin to appear as she struggles with the transition between the two. I attended a preview, so Shá had her script in hand, flipping pages and occasionally glancing down at it to orient herself in the 90 minute one-woman show. But this did nothing to take away from her fully realized and emotional performance. And she's only going to get better over the course of the run as the script is let go. Her performance is allowed to shine in the simplicity of the design; the stage is bare except for a chair and bench, with only subtle changes in lighting to set the tone (set by Joseph Stanley, lighting by Mike Kittel).

Grounded is a fascinating look at the sacrifices made by and challenges facing those who work in the military, at home and abroad, as well as more generally the challenges of being a working mother. It also touches on the idea that everything we do is being watched. An idea which, if not totally true, seems to be where the world is moving, which is a disturbing thought. Grounded continues at the Playwrights' Center through November 23.