"What Would Crazy Horse Do?" by Turtle Theater Collective at Mixed Blood Theatre 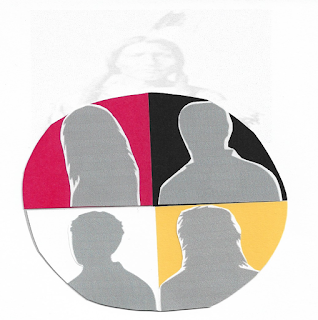 "The Turtle Theater Collective is committed to producing high-quality, contemporary work that explores Native experiences and subverts expectations about how and when Native artists can create theater. In addition to producing Indigenous plays, we center Native bodies and voices by situating them within the broader theatrical canon, providing opportunities for Native artists to grow and play."

This is the mission statement for new #TCTheater company Turtle Theater Collective, whom I experienced for the first time yesterday in the regional premiere of Playwrights' Center Affiliated Writer Larissa FastHorse's What Would Crazy Horse Do? I'm happy to support Native voices, the voices of the people who were the first residents of our beautiful state of Minnesota, many (well, most) of whom were displaced so that my ancestors could move here. That's a debt that can never be repaid, and the very least I can do is listen to their stories - which is also a pleasure. The new play What Would Crazy Horse Do? brings up some really difficult but important issues facing the Native American community, and our country, today. It's even more scarily relevant today than it was at the time of the reading at Mixed Blood three years ago. But act fast; it's playing this weekend only, with tickets starting at just $10 (click here for info and to make reservations).

I've been to the Crazy Horse Memorial in South Dakota, but that's about all I know about the Lakota warrior. But for twins Calvin (Turtle Theater Artistic Director Ernest Briggs) and Journey (Jei Herald-Zamora) Good Eagle, he's a hero, so much so that Journey makes a poster with the words "What Would Crazy Horse Do?" and wants to start a movement complete with WWCHD bracelets. Upon the death of the grandfather who raised them, the twins are the sole remaining members of their tribe, a fact that weighs heavy on both of them. Journey has struggled with mental illness for years, and Calvin left Yale to take care of her. They have a "twin pact," promising each other they'll never be alone, which is essentially a suicide pact. Their world is turned upside down with the arrival of a couple of people looking to collect on the promise their grandfather made them. Evan (Maretta Zilic) and her henchman Rebel (David Rand-McKay) have a photo of Evan's grandfather and the twins' grandfather in a pow-wow years ago. The twins are shocked to learn that Evan and Rebel are members of the Ku Klux Klan who are hoping to rebrand it as an organization not of hate and violence, but one that simply wants all races to live fully, independently, and "purely." They play is about them trying to convince the twins to join their cause, with some dangerously seductive promises about how they'll be able to preserve their culture and make a statement to the world.

The play is scary in that some of Evan's rhetoric is almost appealing in the idea of preserving cultural identity... and then you have to shake yourself and remember that "separate but equal" doesn't work, and these are just a bunch of pretty words to describe white supremacy. Another scary thing is that that this rhetoric is not all that different from what we're hearing today from too many groups and parties around the country, and the world. This play is a wake-up call - about the dangerous divisions in this country, and about the issues of mental health, suicide, and poor access to health care that affect Native communities more than others.

What Would Crazy Horse Do? is a thought-provoking, disturbing, relevant play that is tough to watch at times (trigger warnings include gunshots, violence, and suicide), but worth it for the issues and voices it brings forth.