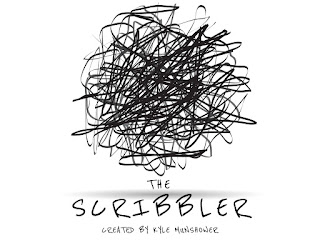 Summary: A comical fantasy about a world in which the King declares it illegal to read and write, with that task falling to one man only (or the woman behind him).

Highlights: This is a really fun, broad comedy, which is obvious by the name of the buffoonish King - Scoopty Woop (played by writer and co-director Kyle Munshower). The titular Scribbler (or Scribner as he tries to insist) Bartleby (played by the other co-director Kevin Duong) has a secret, which is that it's actually his sister Athena (Sela Weber) who is the one doing all the reading and writing, women not being allowed to read and write, natch. When the King, prone to malapropisms and irrational outbursts, sends his loyal steward Stuart (Brennan LaFeber) to translate a letter from the Queen of neighboring country Luxembrovia (Teri Schafer), the siblings find out that war is brewing, and try to stop it. This leads to a confrontation with the King, who cannot be calmed down even by his beleaguered therapist (Laura Ricci), and the Queen, who isn't as benevolent as she seems. It's a ridiculous fantastical farce of a tale, well executed by the cast, with a nice use of live music in the storytelling (Griffin McEnery on fiddle and various other noisemakers), lots of clever and silly wordplay, and more than a little of Sheep Theater's trademark "deranged sincerity" (with whom Kyle has previously worked).