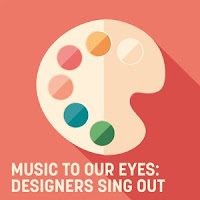 The final virtual cabaret in Theater Latte Da's excellent "Ghostlight Series" has now been released, with all five available to view through August 31. Music to Our Eyes: Designers Sing Out is a beautiful conclusion to what has been an in-depth look at artists and what music, theater, and performance means in our lives. Every one of the stories of these four designers brought tears to my eyes as they talked about their art. If you've been to a Theater Latte Da show, particularly in the last five or so years in their new home, the Ritz Theater in Northeast Minneapolis, you know how important design is in their storytelling. Whether it's the wacky carnival world of Assassins, or the "seedy elegance" of Chicago, or the multi-level train station of Once, the set, costume, hair, prop, lighting, and sound design in a Latte Da show is extremely detailed, specific, and thoughtful. It's about time these designers, with such familiar names from reading programs but whose faces we rarely see, get their time in the spotlight.
Directed by Peter Rothstein and Kelli Foster Warder, designers Michael Hoover (scenic), Abbee Warmboe (props), Paul Toni (hair and makeup), and Rich Hamson (costume) each tell us their story. How they got into theater, and the sometimes circuitous route to what they do now. Each one chooses a song that represents their story, which is performed sometimes by the designer, with help from vocalists Andre Shoals and Britta Ollmann. The segments are beautifully filmed as always by Lucas Wells (talk about performers finding a second career behind the scenes), and edited together to really tell an emotional story. Michael remembers a moving experience watching "Sleeping" from Once; Abbee designed and manipulates a beautiful shadow puppet show to "Pure Imagination" from Willy Wonka and the Chocolate Factory; Paul shows off his performance skills in "I Am What I Am" from La Cage Aux Folles," and Rich, longtime costume designer at many theaters around town, sings "I'm Still Here" from Follies, what else? But it's the final number, "What I Did For Love" from A Chorus Line that'll really get you. This song that epitomized the sacrifices artists make for the love of the work is especially poignant right now, as we're all missing the performing arts so much.
You have less than two weeks left to watch this beautiful show, along with the previous four (click here to purchase a subscription), which include:
Theater Latte Da's 24th season opens in November with a cabaret celebration. To be followed by their annual holiday show All Is Calm, the production of La Boheme that was shut down just prior to opening night in March 2020, the area premiere of Tony winner Jelly's Last Jam, and the world premiere musical adaptation of Twelve Angry Men. Let's all do our part to make sure this and other theaters' seasons happen by getting vaccinated, lovingly convincing everyone we know to get vaccinated, and following local guidelines about masking and social distancing. I know it's tough, but it's what we do for love, and to support artists like these being able to do what they love 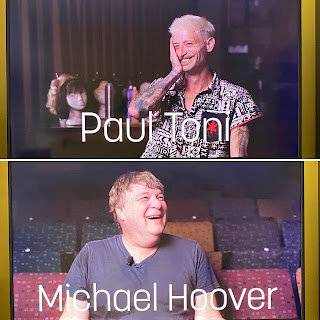 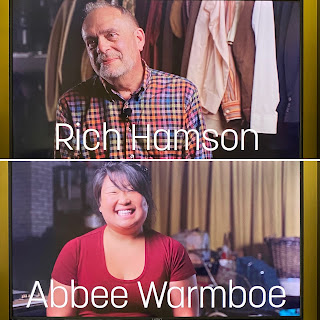