"Gertrude Stein and a Companion" at the Jungle Theater 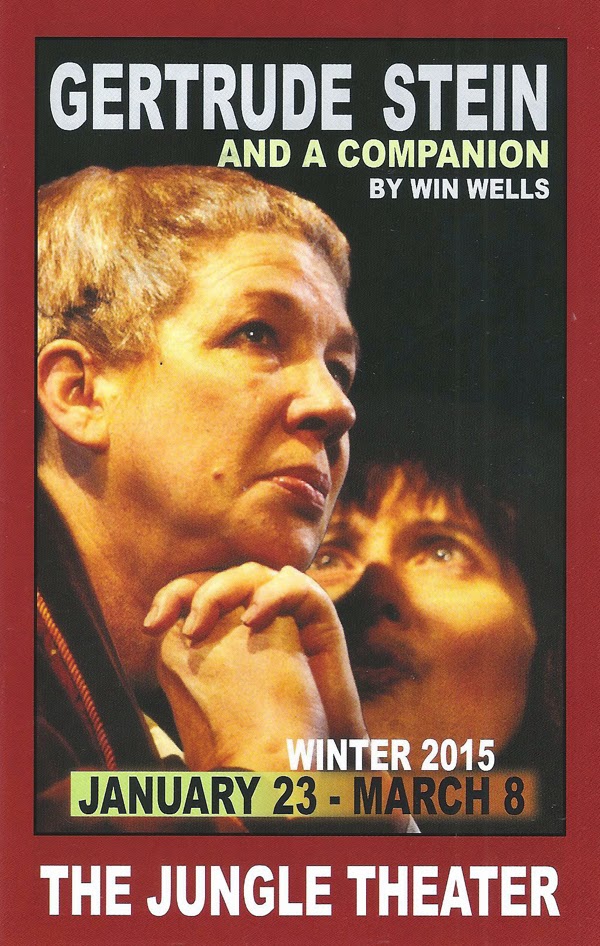 American author Gertrude Stein may be more famous for the "salons" that she hosted in her Paris home with other American ex-patriot and European artists, including Pablo Picasso, Ernest Hemingway, and F. Scott Fitzgerald. Similarly, the play Gertrude Stein and a Companion focuses more on this Parisian life than her work, specifically, her relationship with her companion of 40 years, Alice. The Jungle is very familiar with this play; it's their 8th production in the 25-year history of the theater. Before his retirement as Artistic Director this summer, Bain Boehlke has brought back Claudia Wilkins and Barbara Kingsley from the Jungle's first production in 1992 to perform this play once again.

The play begins on the day of Gertrude's death in 1946. Her spirit appears to Alice as they reminisce about their past, and follows her throughout the rest of her life until they can finally be together again. There's a dreamlike quality as we follow these two fascinating women across time and space. Their story is not told linearly, but over the course of the play we get a real sense of their relationship as they reenact their first meeting, the moment they decided that they would be together for life, their work together publishing Gertrude's books, and Alice's life as she continued to live in their home until she was almost 90 years old. It's a quiet play with not much in the way of action, but more of a character study of these two women and their relationship.

The over 20 years of history that Claudia Wilkins (Gertrude) and Barbara Kingsley (Alice) have with the piece and their characters is evident. There's no acting visible, they just are these two women, fully and completely. Their wit, intelligence, vivacity, and devotion to each other jumps off the stage. Director Bain Boehlke has also designed a set that perfectly matches and enhances the tone of the piece, as per usual. Columns and arches create the appearance of five nested frames retreating into darkness at the back of the stage. Gertrude has her chair with some frames and books stacked around it, and Alice has her desk with papers and things. But they appear to be floating, not anchored in space, in the same way that the story is not anchored in time.

Gertrude Stein and a Companion is a beautiful play that somehow condenses 60 years of a relationship into just over 90 minutes (including an unnecessary intermission). With 8 productions spanning over 20 years, the Jungle has honed and polished this play to a lovely little gem (playing now through March 8).