Happy New Year my fellow theater lovers! 'Tis the season when we look back and celebrate the year that was, while looking ahead to an even better year to come. And what a year 2014 was! In my 4th full year of blogging I saw more shows than ever before: over 150 shows, representing over 60 local theater companies at over 50 venues around town (not counting the 37 Fringe shows I saw and the seven shows I saw on my week-long NYC trip in April). I know I'm often accused of being "nice" or "not writing anything negative," but I truly do enjoy pretty much everything I see. Some shows of course I love more than others, and that's what this post is about. I'm not saying they're the best shows of the year, but they're the ones that stayed with me the most, because they made me laugh, or cry, or think, or challenged me, or comforted me, or caused me to see something in a new way. I decided to present them in categories this year, and in no particular order. I would love to hear your thoughts in the comments section below!

Without further ado, here are a few of my favorite things.

Most heart-wrenching: Failure: A Love Story was not only my favorite Fringe show of the 37 I saw this year, but also one of my favorite shows of the year. "Director Joshua James Campbell and this beautiful eight-person cast have created the perfect tone for the show, walking that delicate line between lighthearted quirky comedy and heartbreaking and heartwarming love story. This show is everything I want from a Fringe show, really everything I want from theater - funny, quirky, whimsical, musical, poignant, touching, surprising, moving, and utterly heartbreaking. I was reduced to a weepy mess at the end of this show because it touched me so deeply in so many ways with its true and beautiful depiction of love in its many forms. 'Just because something ends doesn't mean it wasn't successful.'"

Best one-woman show: Sally Wingert has had a pretty remarkable year in a remarkable career. Perhaps most remarkable was her portrayal of an 80-year-old Jewish woman telling her story in Minnesota Jewish Theatre's Rose. She just sat there in someone's living room and talked to the audience of about 40, and completely transported us to her world. Good news - if you missed this Ivey award-winning show, you can catch one of the encore performances this January. It is "inspirational, horrifying, funny, charming, disturbing, brutally honest, and entirely compelling."

Best two-hander: In Pillsbury House Theatre's Gideon's Knot, Aditi Kapil and Laura Esping played the mother and teacher of a 5th grade boy who has recently died. The interaction between these two women played out in real time, and both actors' performances were so real and raw it was almost painful to watch. It was intense, gripping, extremely compelling theater.

Best pairing of two plays in repertory: Hamlet and Rosencrantz and Gildenstern are Dead are just begging to be performed in rep, aren't they? Lucky for us The Acting Company complied, showing us two very different but intricately related sides of the popular story of the doomed prince at the Guthrie this spring. The same story played out on the same stage with the same cast playing the same characters, the latter play smart and hilarious as only a Tom Stoppard play can be, the former familiar play seen with new eyes. John Skelley gave a doubly great performance by showing us two sides of Hamlet, and the brilliant comedy duo Grant Fletcher Prewitt and Ian Gould were like the Abbot and Costello of Shakespeare. Shakespeare shouldn't be this fun.

Best physical theater: Transatlantic Love Affair does theater like no other company. With just the actors on a bare stage with no set or props, they create a world and invite the audience into it. Early this year they remounted their Fringe hit from a few years ago, a very loose retelling of the Cinderella story called Ash Land, and it was as lovely and moving as the first time I saw it. Coming up: the remount of another Fringe hit, These Old Shoes, at Illusion Theater in January. 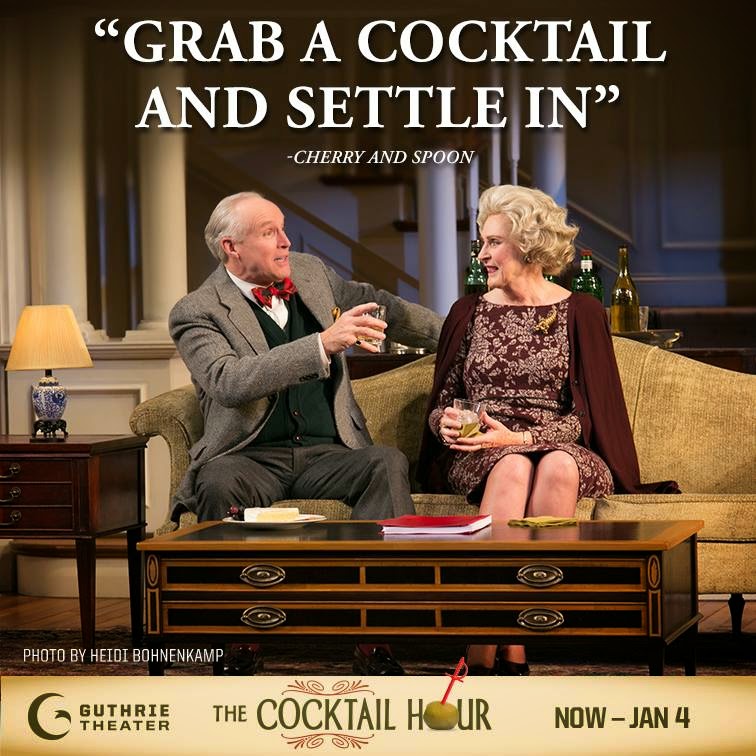 Guthrie highlights: I've been a Guthrie season subscriber for over ten years, and I'm never disappointed by what the cornerstone of this theater community has to offer. In addition to the aforementioned My Fair Lady, highlights this year include the thought-provoking conversation in Freud's Last Session, the inspirational The Mountaintop, the Southern family dramedy Crimes of the Heart, the super fun Vanya and Sonia and Masha and Spike, the charming and innovative The White Snake, the gripping drama A Steady Rain, and the highly entertaining The Cocktail Hour, which earned me my very first Guthrie quote.

Best use of location: Tiger Lion Arts' Nature was something truly unique this year. An "outdoor walking play," this lovely cast shared the real life friendship of Emerson and Thoreau, played out in the most perfect setting - the Minnesota Landscape Arboretum. Walking through the fields and flowers, hearing the birds chirping overhead, watching this story of friendship and communion with nature, was nothing less than magical and mystical and grand. "For the song of nature is everywhere if we take the time and listen hard enough."

Best completion of a trilogy: This trilogy doesn't involve hobbits and dwarves and elves, but it's even more compelling. Three years ago, Pillsbury House Theatre presented the first of Tarell Alvin McCraney's Brother/Sister plays, which tell universal stories of love, loss, family, and relationships through a specific set of characters in Louisiana. In the Red and Brown Water was followed by The Brothers Size in 2012, and this fall, we finally saw the conclusion in the next generation of characters - Marcus; Or the Secret of Sweet. It's an epic undertaking, played out over three years, but the conclusion was oh so satisfying.

Best old-fashioned comedy: There's a reason Neil Simon's 1965 comedy The Odd Couple was made into a sitcom; it's a veritable joke factory. Bloomington Civic Theatre staged this classic with a dream team of Sam Landman as the cigar-smoking, sarcastic, sloppy, gruff Oscar and Wade Vaughn as the sensitive, fastidious, tidy, emotional Felix. With a stellar supporting cast and a detailed set design, it was like watching the best TV sitcom on stage.

Most promising new work: I love attending readings, it feels like you're getting a sneak peek at something new and even participating in the development process, as many readings conclude with a feedback session. My favorite new work in development this year was the new musical Sweet Land, based on the 2005 Minnesota-made movie. Last spring I wrote: "Sweet Land is such a special little movie, a small story but one that's so moving and timeless and beautiful. The musical is everything I hoped it would be, retaining what was so special about the movie and its wistful, funny, romantic tone, and only adding to it with the wonderful new original music of the Americana style that I love so well." The development process continues with a selection of songs presented as part of Nautilus Music-Theater's Rough Cuts Series next week.

Most thrilling set revelation: nimbus theatre's Ghost Sonata, a delightfully bizarre and surreal Strindberg play, featured an unforgettable moment involving the set. At the beginning of the third and final act, the large formidable wall that was the backdrop for the first two acts fell forward in a slow, graceful, and powerful swoosh that literally and figuratively blew my hair back, revealing a floral wonderland behind it. The play also featured great acting and lovely haunting original music, but it was this one moment that is one of the most memorable of the year.

Most devastating experience: Presented in rep with another war play at the History Theatre, Lonely Soldiers: Women at War in Iraq was a deeply affecting experience. At the time I wrote, "After seeing this play I was completely devastated. I had a hard time shaking it. It was one of the most powerful experiences I've had at the theater in quite some time. Because it's not just theater, and it's not just history (both of which the History Theatre does so well), it's about very real and devastating issues facing women in the military." One of the beautiful things about theater is that it can give voice to people whose stories are not heard often or loudly enough, such as the real stories of these brave women.

Best football play for people who don't like football: I haven't watched a football game, in person or on TV, since I was forced to go to games in high school because I was in the marching band. But like one of my favorite TV shows Friday Night Lights, Mixed Blood Theatre's Colossal was not really about football. It was a gut-wrenching story of a young man whose expected future was taken away from him, all told in an innovative way within the confines of four 15 minute quarters and a ticking clock, and with great athleticism and grace.

Most ambitious programming: Park Square Theatre opened their second stage this fall and began a season of nearly twenty productions, both their own productions and collaborations with other theaters around town, and a commitment to greater diversity and outreach to youth. It's exciting to see this theater expansion in lovely downtown St. Paul, and I look forward to spending more time there in the coming years. 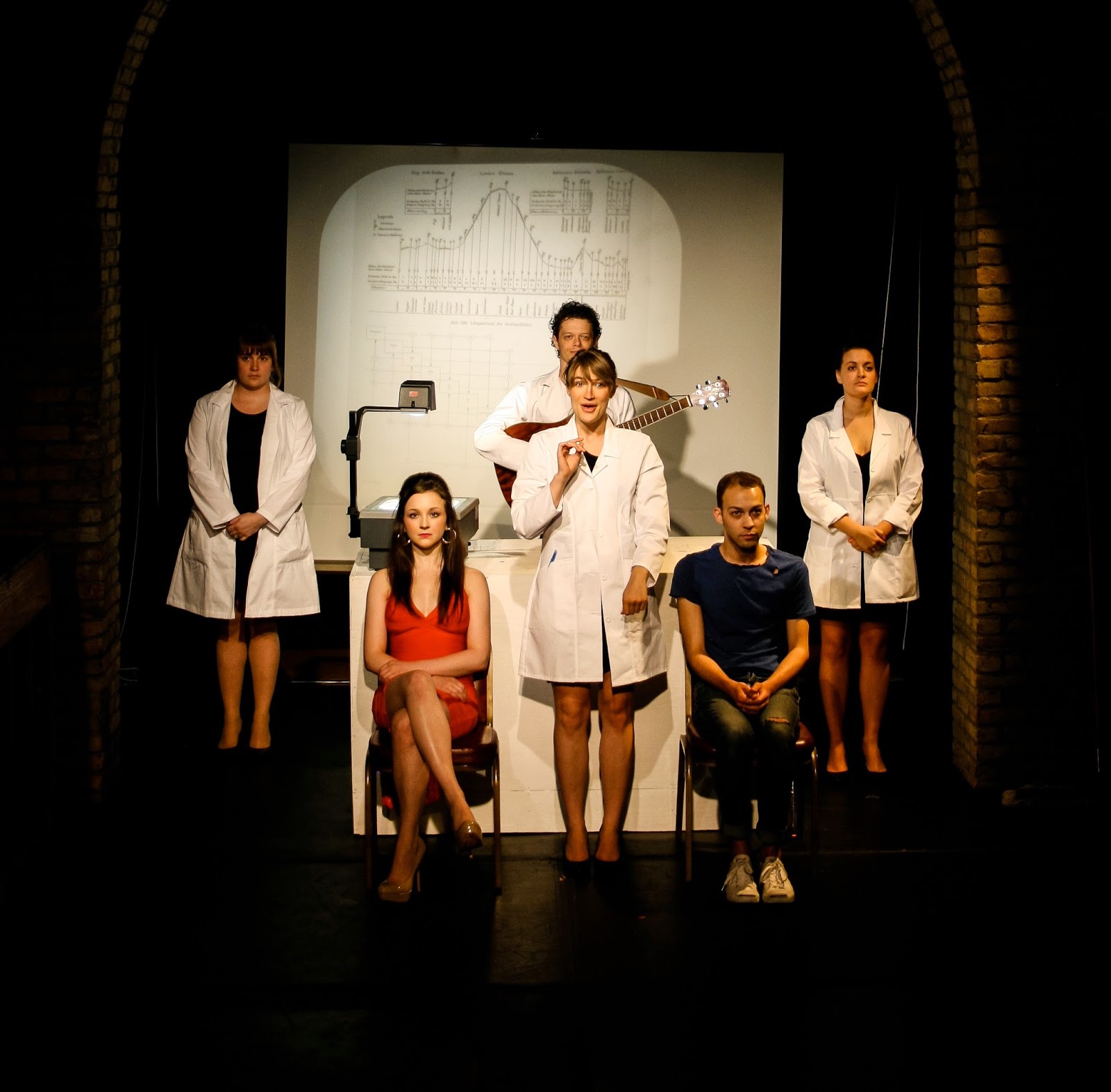 Most exciting new theater company: After 7th House Theater's fantastic production of Hair in the summer of 2013, I figured there was a 50/50 chance that we'd see them again. After all, their name comes from a Hair lyric, so maybe they just came together for that one show and would be a one-hit wonder. But this group of young, talented, smart, creative, ambitious theater artists returned this year with not one but three innovative and forward-thinking productions: Cinephelia, a smart and sexy four-person drama staged in an apartment building; an inventive production of Little Shop of Horrors, in which the plant was represented by a cardboard box and an overhead projector was used to illustrate points; and last but not least, their first original creation - the lovely new musical Jonah and the Whale (see above). It seems these kids are here to stay, and I couldn't be happier about it or more excited to see what they do next year.


So there you have it - a few (OK, more than a few) of my favorite things this year. 2014 was also the year that I cut back my hours at my day job so that I would have more time to spend doing what I love - going to the theater and sharing my thoughts and experiences on this here blog. I make no money doing this, other than free theater tickets (thanks to all of the theaters that offered me press comps this year!), but it makes my life fuller and richer and happier. Looking back over this past year, I am filled with gratitude for all of the amazing theater I experienced, the wonderful and talented people I met, and the fact that I was able to share it all with you. I would love to hear your thoughts on my choices, and your own favorite things this year, in the comments section below. Here's to an even better 2015!