"Broadway Songbook: The First 100 Years of Broadway" at the Ordway Center 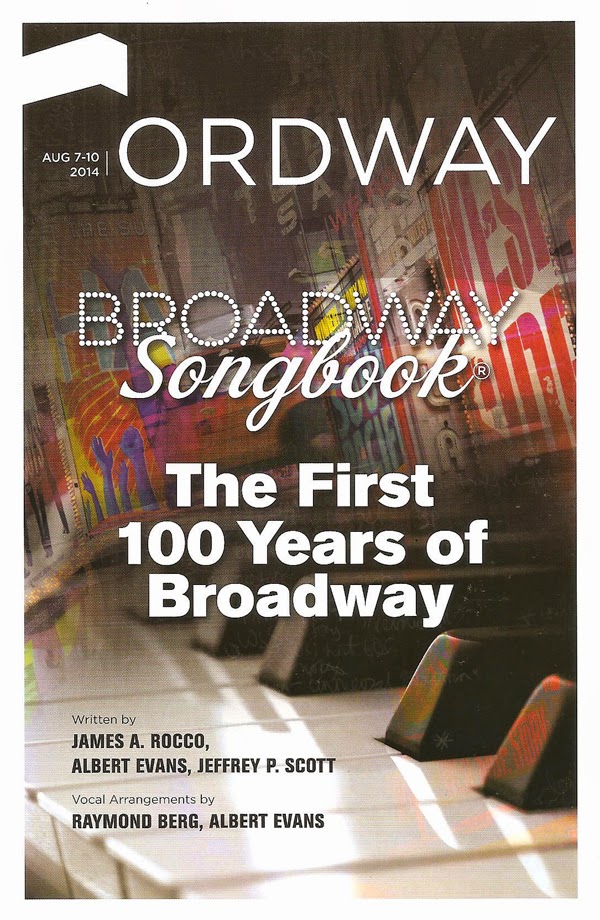 The Ordway is opening its fourth season of the Broadway Songbook series with a retrospective of the first 100 years of Broadway. If you're like me, your first question is - when did Broadway begin? It's debatable, but Professor James Rocco - who presides over what feels like a college seminar on musical theater history with live show-and-tell by the Twin Cities' best musical theater performers - tells us that the beginning of Broadway can be marked by The Black Crook in 1866. This is just one of the things you'll learn in this Broadway Songbook, but don't worry, it is anything but dry and pedantic. The stories are fascinating and entertaining (at least to a musical theater nerd like myself), James has chosen just the right collection of songs to illustrate his points, and music director Raymond Berg has beautifully arranged the songs, which are performed with much passion, emotion, and humor by the talented cast of actor/singer/dancers (yes they dance!). If you're a musical theater fan, the Ordway's Broadway Songbook series is a must see, and this is a perfect one to start with. And if you live out-state, you're in luck - this Songbook is going on tour1!

James takes us through the evolution of the Broadway musical, from the aforementioned The Black Crook, through George M. Cohan's invention of the "musical comedy," to the epic Show Boat which was the first musical drama, to the day when Rodgers met Hammerstein and "changed the world" with their sweeping lyrics and melodies and insistence that everything serve the story, to the invention of the LP record that allowed musical theater songs to invade pop culture, to a hint at the beginning of the Rock Musical with Hair (more on that in the next Songbook in April) in 19672, closing out the first century of Broadway. And the best part of this history lesson is we get to hear the music in this march through time.

The Ordway's Broadway Songbook series features a rotating cast of the Twin Cities' best musical theater performers, which this time includes Songbook vets Dieter Bierbrauer, Gary Briggle, Jennifer Eckes, and Erin Schwab, and newcomers to the series Kendra McMillan, Aja Parham, and Randy Schmeling. The cast performs solos, duets, and trios, but the best moments are when the entire company joins in to bring full life to these musical theater songs and give you just a taste of what the whole show might be like. Fortunately, several of the musicals featured can be seen on stages around the Cities in the upcoming season (see footnotes, which seem appropriate for this which feels a bit like a term paper for my musical theater history seminar).

I now come to the end of my term paper. I hope that I did the show justice and piqued your interest to experience it yourself. As always, this Broadway Songbook is an informative, entertaining, and fun evening of musical theater history brought to vibrant life by talented performers. Playing this weekend only on the Ordway stage in St. Paul, and possibly coming to a city near you this fall.