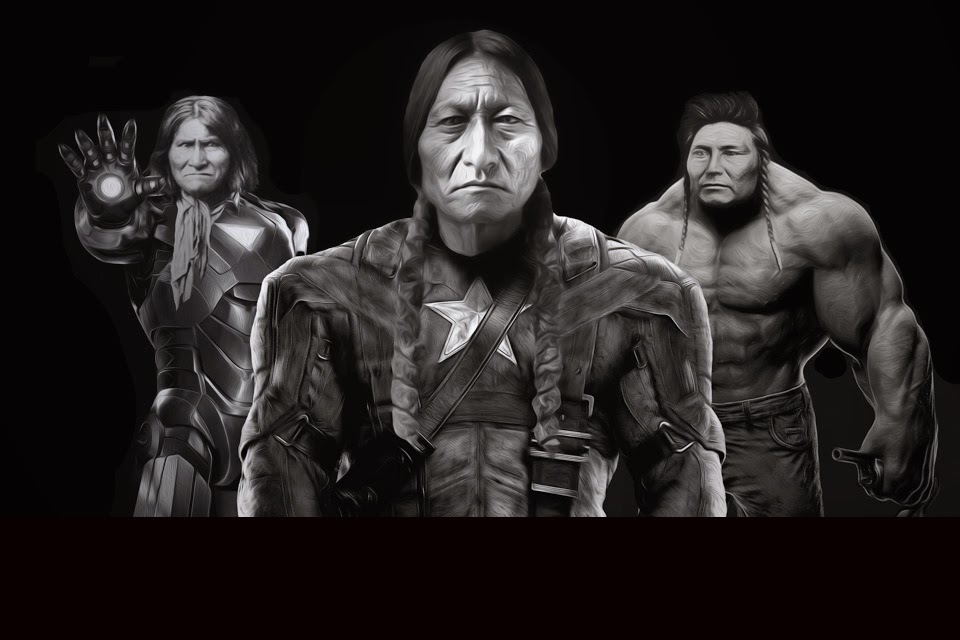 Summary: A series of video interviews interspersed with live performances of music, skits, comedy, and storytelling about what it means to be a Native American man.

Highlights: I would call this not so much musical theater, but docu-theater, if that's a thing; it feels like a live documentary of these half dozen men telling their personal and unique stories in an extremely real and honest way. I commend the bravery of these men, some of whom do not seem to be experienced in theater, in sharing their deepest and most vulnerable truths, from funny to heart-breaking. Tall Paul raps in Ojibwe; Jase Roe tells an extremely moving story about growing up Native, gay, and with little in the way of family support, but coming through it to build a sober, happy, connected life; Raphael Szykowski sings a very clever song about the mascot controversy; Wade Keezer talks about breaking the cycle of children in his family growing up without a father and trying to be a good father to his son; Šišóka Dúta speaks of his fear of roller coasters and his connection to the river; and Jeff Jordan delivers a stand-up comedy routine about striving to be authentic. This piece is a bit raw and rough around the edges, but it's beautifully real and honest, and allows voices to be heard that are not heard often enough.