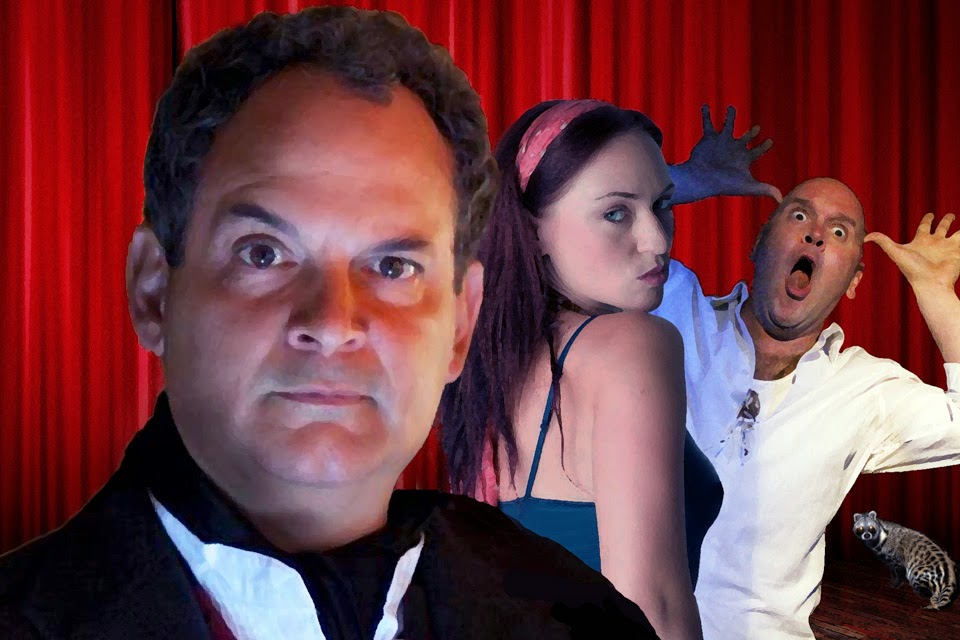 By: The Recovery Party

Written by: Joshua Will

Summary: A dozen or so comedy sketches, most of which are not nearly as risque as the title implies, interspersed with Jane Austen quotes.

Highlights: Not much to say about this one other than it's very funny and very clever. The sketches cover a wide variety of topics, from learning through spontaneous osmosis, to "The Housewives of Isanti County," to an ad for a new drug Limpital (the anti-Viagra), to a kid Jesus complaining that he never gets Christmas presents because his birthday is on Christmas, to perhaps my favorite, an alternate animal alphabet. The cast is great, whether working solo, in duos, or as a group. Highlights include: Dawn Brodey as the bitter bridesmaid, Jim Cunningham sternly reading the alphabet (if you've been to a Twins game in the last 17 years you'll recognize his strong radio voice - he's the "P.A. Guy"), Eriq Nelson as a New York tough answering phones at an Isanti County dairy company, Amy Shomshak serenely reading an alternate version of "Footprints in the Sand," and Joshua Will reciting facts from physics formulas to "The Modern Major General." It's funny, clever, sketch comedy, perhaps like what Saturday Night Live is supposed to be.