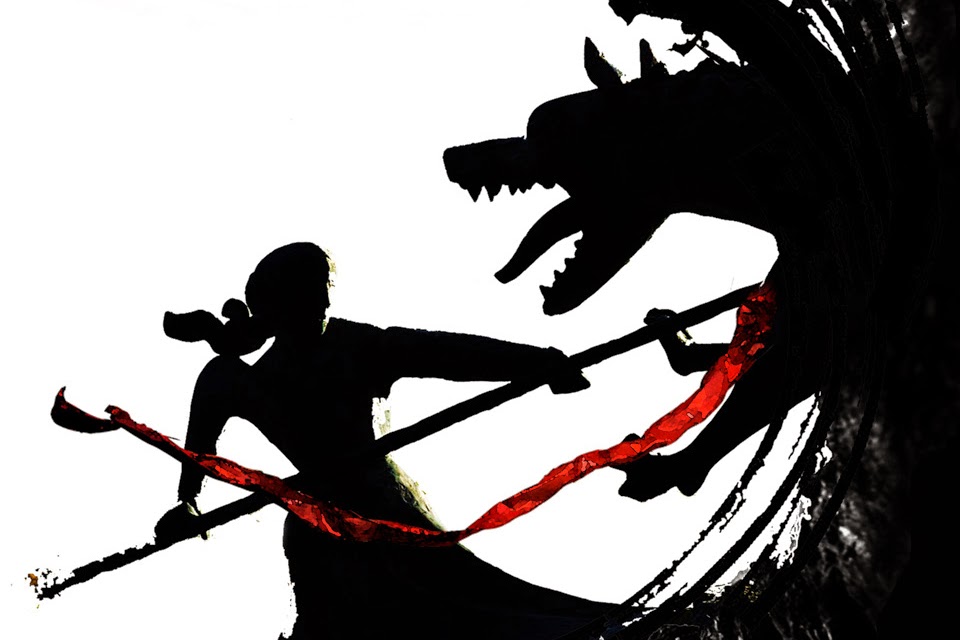 Created by: The Ensemble

Summary: A small poverty stricken town in France, shortly before the revolution, is ravaged by a wolf-like beast known as La Bête.

Highlights: This is Fringe storytelling at its best - creative, innovative, original, using puppets, props, and music to tell a story in a thoroughly engaging way. The four ensemble members - Megan Campbell Lagas, Theo Langason, Derek Lee Miller, and Heather Stone - not only created the piece (based on legend) but also play multiple characters and provide the sound effects and music. Red ribbons or cloths represent blood, two-dimensional puppets are used to illustrate the beast's killings, and sticks become rifles with bayonets. It's funny and amusing in parts, but also spooky or poignant at times. The beast is not the only thing terrorizing the town; the townspeople also suffer from extreme poverty and hunger. The King, who doesn't seem to care if his people starve, sends in soldiers, wolf hunters, and his master of hunt to kill the beast. Even after the beast is gone, the people are still hungry, and it's hinted that the upcoming French Revolution will kill the real beast terrorizing these people. This show was the audience pick at the Southern, and I can see why.