It's day 7 of the 11-day Minnesota Fringe Festival, and I've seen about half of my 30-some planned shows. As I take a much needed day off to catch up on my DVR and sleep, I share with you my favorite shows of the 19 I've seen so far. There are still 4 days (5 if you go tonight) left of the Fringe, so don't despair, you still have time to partake of Fringe fun and see some hilarious, moving, absurd, delightful, ridiculous, charming shows! If you've already seen these and need more suggestions check out my pre-festival must-see list. And remember that the final Fringe slot, Sunday night at 8:30, is reserved for the highest ticket-seller in each location. Check the Fringe website late Saturday or early Sunday for show announcements.

Without further ado, here are my favorite shows so far (in alphabetical order). I've tried to choose a diverse selection so there's a little something for everyone. Click on the show title to be taken to the show's webpage, and read more details on all 19 shows here. 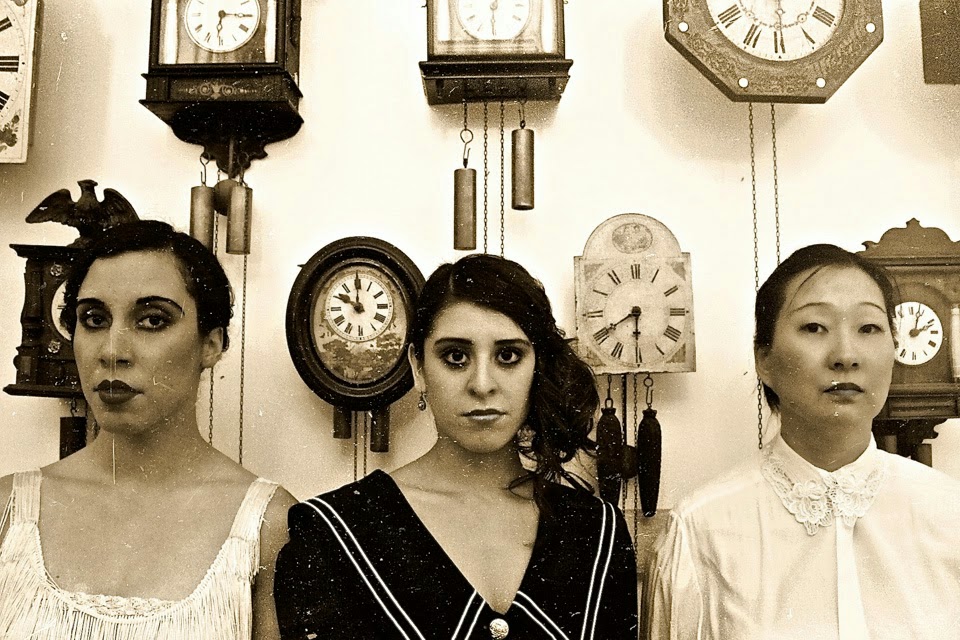 Failure: A Love Story - a whimsical, delightful, heartbreaking, and truly lovely story
It's the late '20s and the Fail sisters are going to die. That much we know, but watching it all unfold is a series of delightful and heartbreaking surprises. Director Joshua James Campbell and this beautiful eight-person cast have created the perfect tone for the show, walking that delicate line between lighthearted quirky comedy and heartbreaking and heartwarming love story. This story of an oddball family consisting of three sisters, their adopted brother (who may or may not be in love with them), and the charming young man they all loved is told through talking animals, epic swims, anthropomorphized clocks, charming ukulele music, tragic untimely deaths, and unexpected love. This show is everything I want from a Fringe show, really everything I want from theater - funny, quirky, whimsical, musical, poignant, touching, surprising, moving, and utterly heartbreaking. I was reduced to a weepy mess at the end of this show because it touched me so deeply in so many ways with its true and beautiful depiction of love in its many forms. "Just because something ends doesn't mean it wasn't successful." 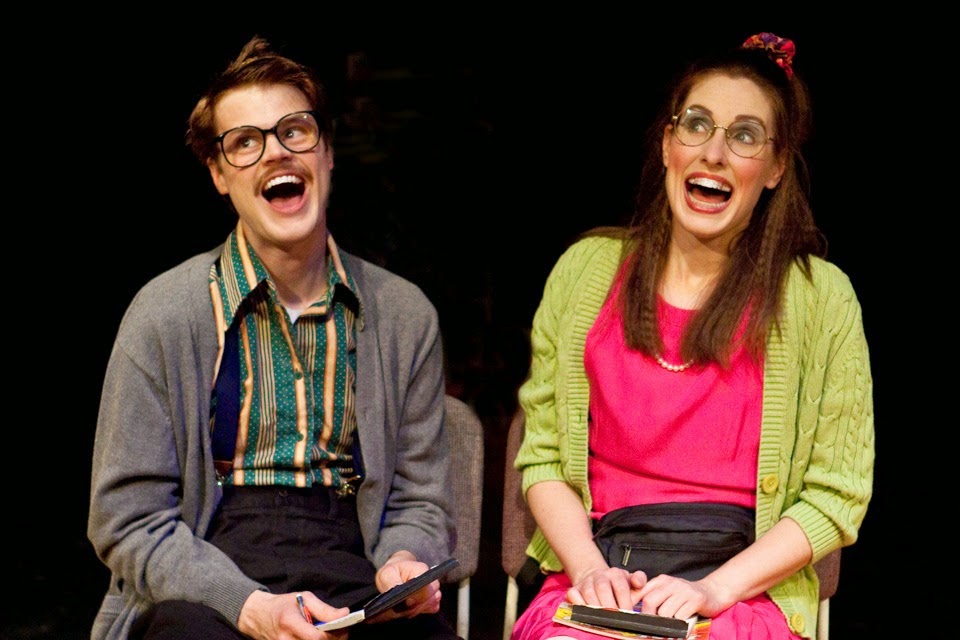 The Finkles' Theater Show!!! - a brilliantly and hilariously awkward spoof of theater

Theater novices Carl and Wanda Finkles (Ryan Lear and Rachel Petrie) enter a festival and put on a show about putting on a show. What they lack in theater know-how they make up for with boundless enthusiasm. The charmingly awkward Finkles walk us through their journey of finding out they made it into the festival, holding auditions, rehearsals (complete with instructions on what differentiates good theater from great theater - don't break that fourth wall!), a big dance number (which starts out silly and peppy and slowly disintegrates as the Finkles tire when the chorus of "Holding out for a Hero" keeps repeating and repeating), all the way through to show night, when everything comes full circle. It's all very meta. But while Carl and Wanda may be theater amateurs, Ryan and Rachel are professionals and a true delight to watch as they effortlessly pull off this trick of looking like rubes. This could be the most brilliantly awkward 60 minutes of theater you'll see this year. 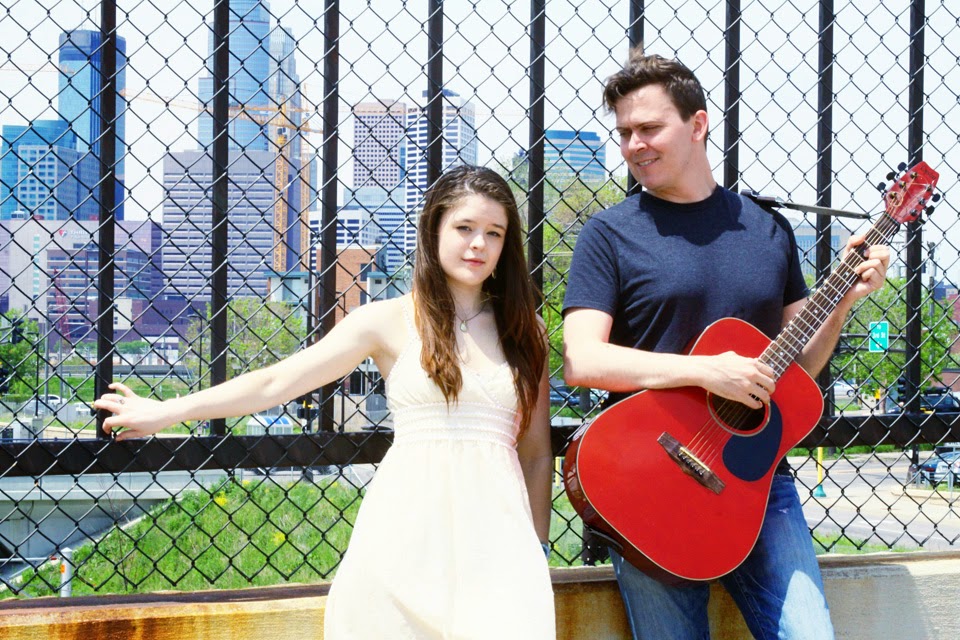 Into the Unreal City - a musical walking tour through the West Bank neighborhood
One of four all new "site-specific" shows at the fringe, Into the Real City takes place on the city streets and campus walkways of the West Bank neighborhood. Musician Zeke and writer Bet are happily married but struggling to find time for each other and their dreams. As we follow them, they run into younger and older versions of themselves. Not much happens; they sing a few songs, ask questions, and look forward hopefully into the future - "the doing and the learning and the figuring." It's unabashedly sincere and romantic - the cynical need not apply. Along the way you get to experience the sights and sounds and smells of the neighborhood in an immersive experience. Yes sometimes you can't hear them, or there's a bit of awkward silence while wait-wait-waiting for the light to change, but that's part of what makes this a wonderfully unique experience - just what the Fringe is for (this is one that you definitely want to reserve in advance - with an audience of just 20, it's a high sell-out risk). 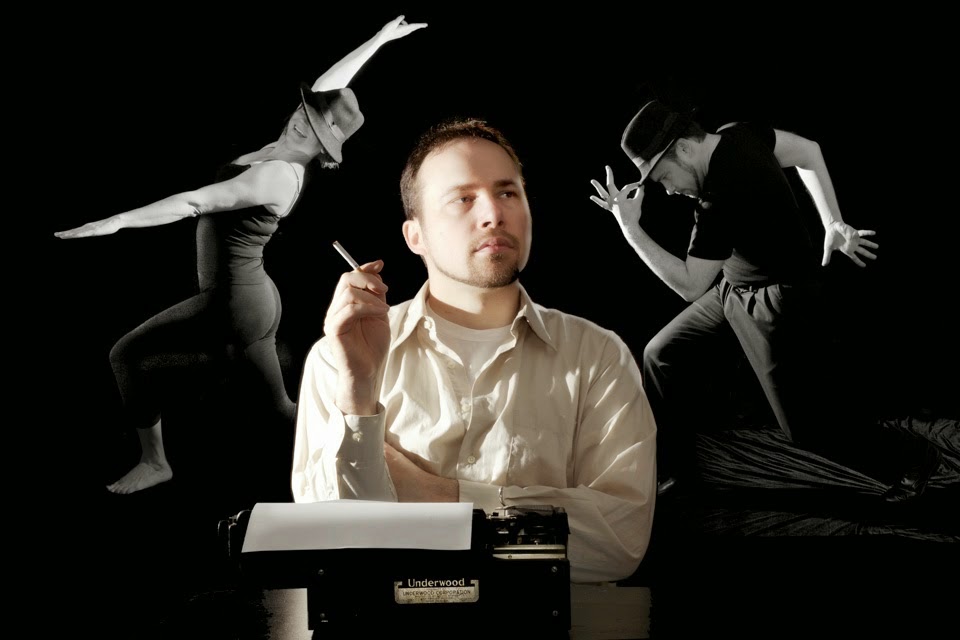 In a show that could be subtitled "Dancing with the Writers," choreographer Windy Bowlsby turns nine writers, who are decidedly not dancers, into just that. And like that great pop culture icon that is Dancing with the Stars, even though some of the dancers might not be technically proficient, they perform with such joy and an open heart that you can't help but be moved by the dance. The brilliant thing that Windy has done is that she hasn't just forced dances upon these novices, she's talked to them and learned about who they are and what they want to accomplish or express in this experiment, and used that as an inspiration for the ten or so dances presented. And she shares some of those words with the audience to help us understand the inspiration. This is a Fringe show that will leave you smiling and happy, and perhaps give you the courage to dance your own dance. 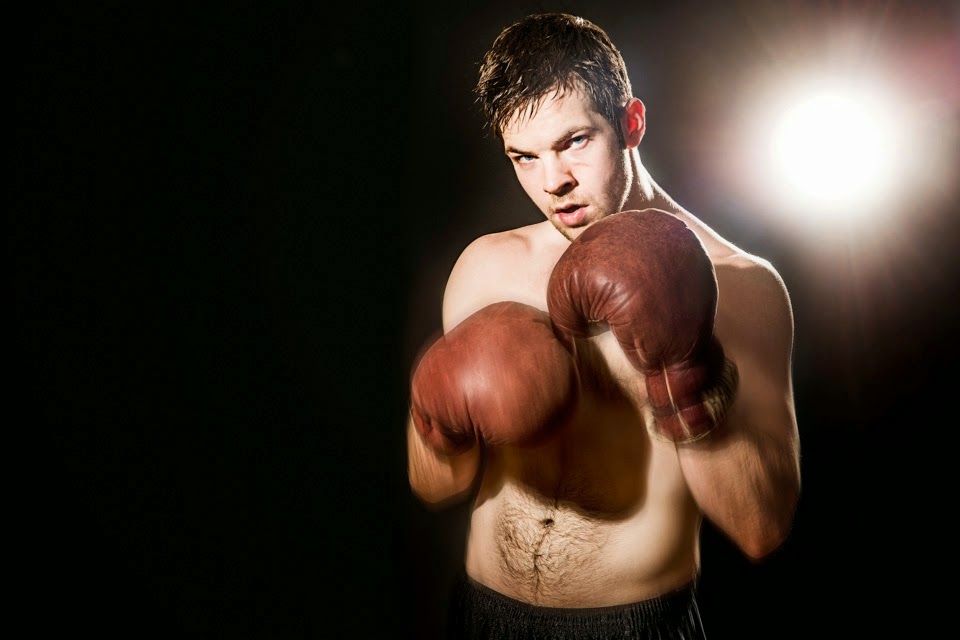 One Arm - heartbreakingly beautiful and intense drama from Tennessee Williams
In this adaptation of a Tennessee Williams unproduced screenplay, a which a young boxer loses his arm and his identity, and turns to prostitution to survive. And like most Tennessee Williams plays, this one is a heart-breaker, full of tragic characters leading lives of despair. Ollie's (a compelling Bryan Porter) life is full of promise as a champion boxer until he loses an arm in an accident that kills two of his friends. Suffering from survivor's guilt and loss of identity, he falls into a life of hustling, traveling around the country to get by, not feeling anything. Until he ends up on death row, when the feelings come flooding back. The excellent supporting cast plays many well-defined characters in a series of perfect two-person scenes. One Arm is beautifully written, directed (by Joseph Stodola), and acted, with a well-designed and clever set, and feels like a full and complete story despite it's under 60-minute run time. This moving portrait of a beautifully tragic character and the equally tragic people he meets is completely absorbing, an extremely professional and well done Fringe show, and a must-see for anyone who likes good quality drama in their Fringe. 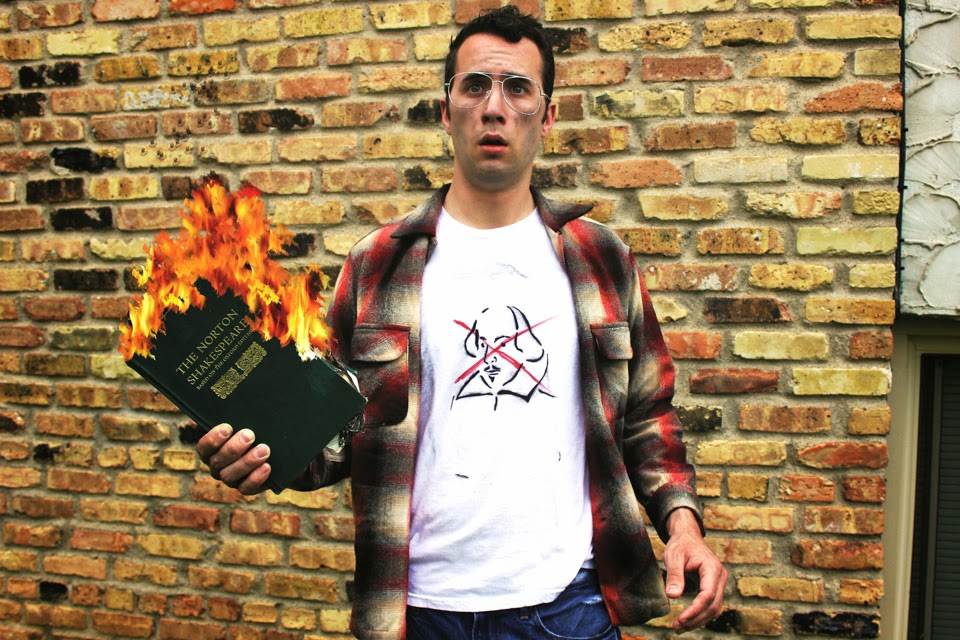 Shakespeare Apocalypse: A New Musical - a super-fun and Fringey musical
Similar to last year's Teenage Misery, writer Keith Hovis does not shy away from borrowing lines and themes from beloved musicals, from Little Shop of Horrors to Wicked. In the somewhat convoluted story, actor Peter goes on a rant about Shakespeare that goes viral, causing Shakespeare and friends to come back from the dead to terrorize the world, or something like that. The details don't matter, it's enough that the show is chock full of humor, great songs, and an energetic and talented young cast. Philip C. Matthews brings his usual passion and charisma to the role of Peter, Jill Iverson shows off her star power and gorgeous musical theater belt as Peter's friend, and Peyton McCandless is charming as a young blogger. Shakespeare Apocalypse is Fringe musical theater at its best.

Go check out these shows, or one of the others I loved: Kitty Kitty Kitty, Mainly Me Productions' Our American Assassin; Or You Can't Handle the Booth, Natural Novice, Sex and Sensibility, and A Very Merry Unauthorized Children's Scientology Pageant.