"The Big Lowdown" by Bedlam Theatre on the streets of Lowertown 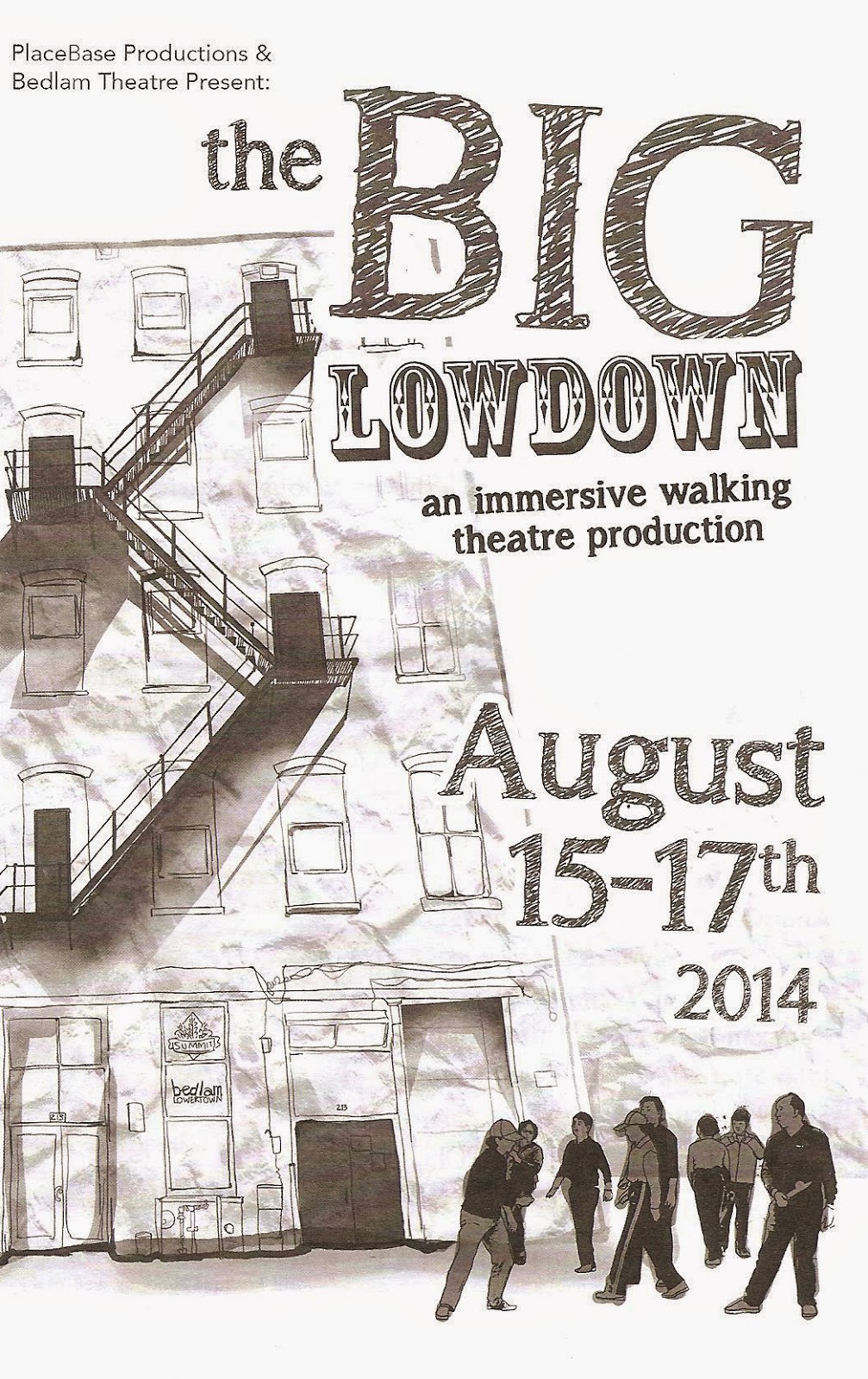 When was the last time you played Red Light Green Light? Or told ghost stories at a slumber party? Or searched for eggs in a park? It's been more than 30 years for me, but playing Red Light Green Light in a parking lot in St. Paul's Lowertown neighborhood with a bunch of strangers, mostly adults, I was immediately taken back to when I used to play it with my cousins on the sidewalk outside my great aunt's house. And that's the idea behind Bedlam Theatre's walking theatrical experience The Big Lowdown - giving adults the space to play like we did when we were children, but which most of us stopped doing as the concerns of the real world began to weigh us down. The Big Lowdown attempts to awaken that childlike spirit again, and while it was a bit too interactive and participatory for my comfort level (perhaps I would have felt more comfortable if I were wearing a mask and told to be silent), I do appreciate the spirit of the evening, and enjoyed some really cool and unique performances.

The adventure begins at Bedlam's new bar/ restaurant/performance club, Bedlam Lowertown. Participants are divided into groups led by "rovers" in character - from wizards to aliens. I followed the Peanuts character Lucy, along with about ten other adventurers, to seven stops in Lowertown, mostly outdoors in odd and interesting spaces. In addition to Red Light Green Light and the slumber party (where I was hoping to play "light as a feather, stiff as a board" like we did at slumber parties in the '80s), activities include a Unity parade, er, strut; a really cool robotic and fluid dance performance; a couple of bellhops whose actions are narrated by a bearded man, that hits just the right mix of audience participation and performance, and is oddly delightful; and my favorite stop - a fascinating performance by The BodyCartography Project. Six people dressed in orange meld their bodies onto the concrete and metal surfaces of an alleyway, and get absolutely filthy because they are literally rolling around on the ground with their faces and bodies pressed into the concrete, hanging on anything and everything. I could have watched these amorphous beings creating strange and beautiful shapes for hours.

The adventure culminates in lovely Mears Park with a few more games and the announcement of the winners (did I mention it's a competition?). In the end it was a fun evening, despite the awkward moments, and is a great way to see some of the interesting spaces of Lowertown. I appreciate Bedlam's mission to get the audience involved in their art, but after this and the recent Fringe fest, I'm ready to go back to sitting comfortably behind the fourth wall in a darkened theater. At least for a little while.

The adventure continues this weekend only, so get there fast to take part in the playing. It's especially fun for kids, who are a little more connected to their playful spirits than us adults.