Fringe Festival: "The Frat Party: A Comic Opera in One Act" 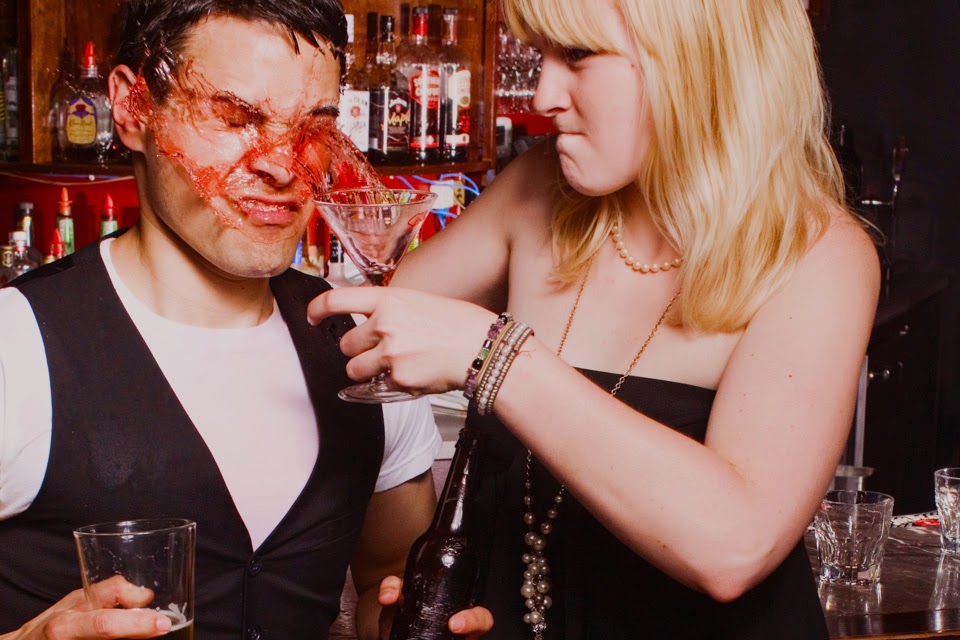 Title: The Frat Party: A Comic Opera in One Act

By: The Really Spicy Opera Company

Summary: A typical story about a college frat party, atypically told as an entirely sung-through opera.

Highlights: I won't mention the opening scene, which was completely unrelated and not even musical, and seemed tacked on to fill the hour. I'm just going to get right to the main show (as I wish they would have done). A well-voiced cast of eight sings about college woes and joys, including needing money to buy beer, convincing their R.A. to let them have a party, avoiding campus security, drinking, and love. It's quite amusing to watch this all play out as an opera. Each of the eight ensemble members get an aria and do well with it (one character even sings, "I haven't had my aria yet"). Michael Burton has an everyman, or everydude, quality as Dan, the main orchestrater of the party, Amanda Weis has a strong voice as the young woman having her first drink (and whose performance as a Noir-ish detective was the only good thing about the opening scene), Jennifer Zabalesky sings passionately about Chemistry, and Eric Peters is adorkably charming as the requisite nerd in love with Fiona (reminiscent of "Johanna"). Although not perfect, this is a fun, tongue-in-cheek, well-sung show, and a promising debut of a new-to-Minnesota opera company.