Fringe Festival: "Mainly Me Productions' Our American Assassin; Or You Can't Handle the Booth" 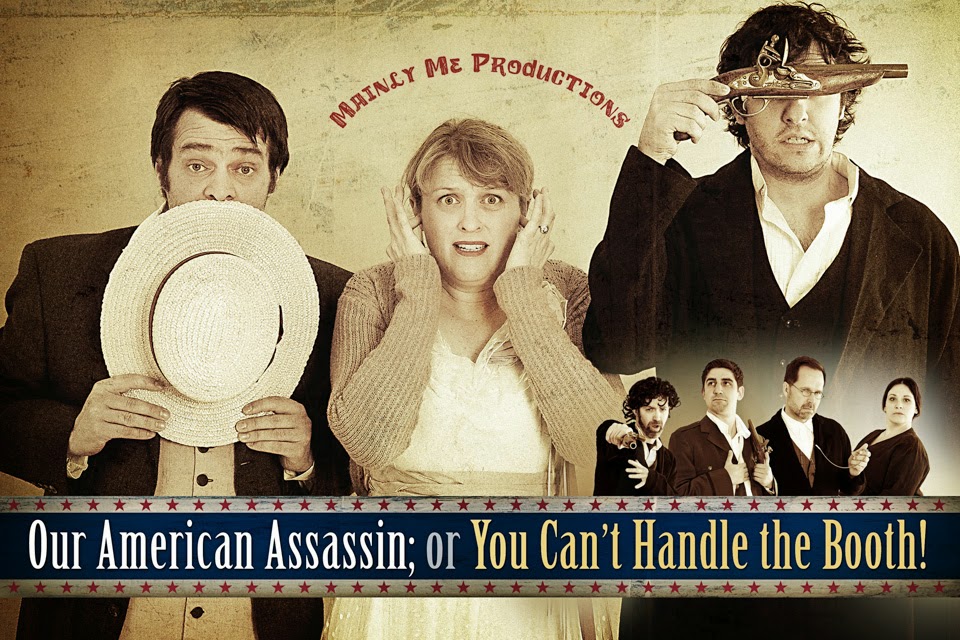 Title: Mainly Me Productions' Our American Assassin; Or You Can't Handle the Booth

Summary: A comedy about the assassination of Abraham Lincoln as told from the perspective of the actors in the play he was attending when he was shot, and their attempts to bring the assassin - a fellow actor! - to justice.

Highlights: Bottom line - this show is hilarious and you will laugh much and often. It's extremely tongue-in-cheek, with lots of jokes about actors and the theater profession. The show moves at such madcap speed that I'm certain I missed some of the jokes, and didn't quite follow all of the plot points. But don't think too hard, just go along for the ride, it's great fun. The cast is excellent, starting with the trio of actors - Josh Carson (who also wrote and directs the piece) as the not-so-humble actor, Shanan Custer as an actress at the end of her career who takes on one last great role, and Andy Kraft as the aspiring actor who impersonates Booth. Also great are John Zeiler as the theater owner's brother and several other characters, in a multitude of accents, and Lacey Zeiler playing such distinct characters that it's hard to believe they're played by the same person. Smart, clever, funny, with wonderfully exaggerated performances and physical gags, this is a fun one.