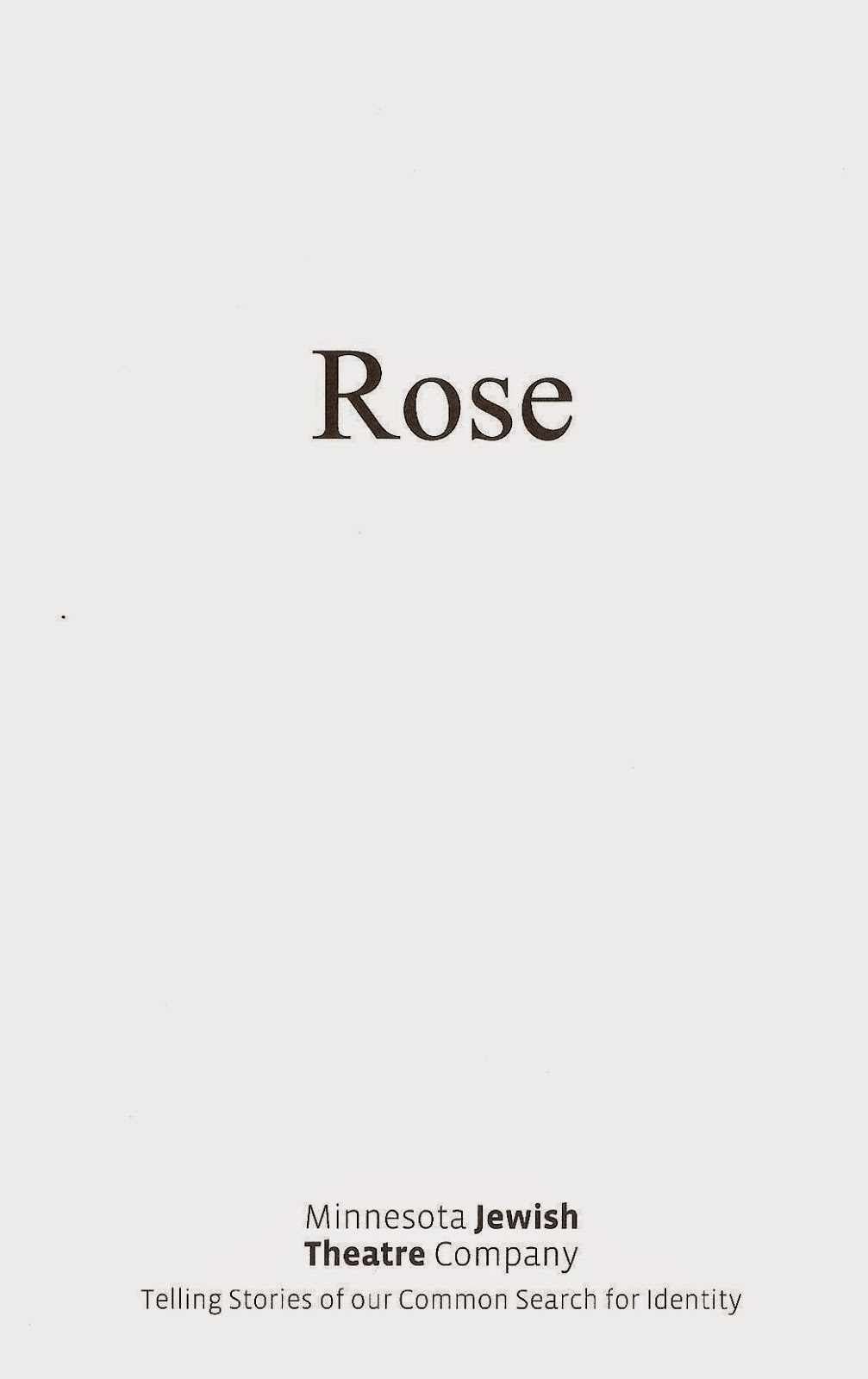 Who can resist a one-woman show by Sally Wingert, one of the Twin Cities best actors? Add to that an intimate in-home setting and an epic story that encompasses the entire scope of Jewish history in the 20th Century, and you have an unforgettable evening of theater. Minnesota Jewish Theatre Company's production of Martin Sherman's play Rose, which is being performed in homes around the Cities, is inspirational, horrifying, funny, charming, disturbing, brutally honest, and entirely compelling. With just seven performances remaining and limited seating, you'll want to get your tickets now.

We meet Rose at the age of 80 in 1999 as she's sitting Shiva for a murdered girl (who that girl is comes out later). She's lived through many pivotal events in her life - growing up in a shtetl in Ukraine, moving to Warsaw and falling in love, being forced into the ghetto, hiding in the sewers after the uprising, boarding the fateful ship Exodus to the promised land only to be turned away, starting a new life in America, seeing her dream of a Jewish homeland realized for her family, only to watch helplessly as it's marred by violence that continues today. All of this is told with a personal perspective by this fictional woman in a way that makes these unthinkable events feel painfully real.

Sally Wingert's performance as this remarkable woman is nothing less than transportive. She takes you right along with her as Rose tells stories from her past, from amusing to horrifying. The intimate setting adds to the feeling that you're sitting there with Rose, in her home, listening to her tell her stories. Sally is so real and natural in this role, making side comments to the audience who return knowing nods or laughs, getting short of breath and slowly sipping water, crunching on her daily pills with ice cream. It's another beautifully real performance by Sally Wingert.

Above all, this woman is a survivor. What is it about the human will to survive that makes a person live on when everything she's ever known - home, family, community, identity - is gone? But she did, as did many others. Rose carries her past with her into the future, even when her children and their children tell her to let it go, that it doesn't matter anymore, that this is the future. But Rose knows that the past informs who we are and must never be forgotten. Stories about the countless individual and collective atrocities committed during the Holocaust never stop being horrifying. And this play cuts right to the heart.

Rose continues in homes around the Twin Cities through August 24. Call the box office to reserve your space on this incredible journey.