Fringe Festival: "Four Humors Does Every Show in the Fringe" 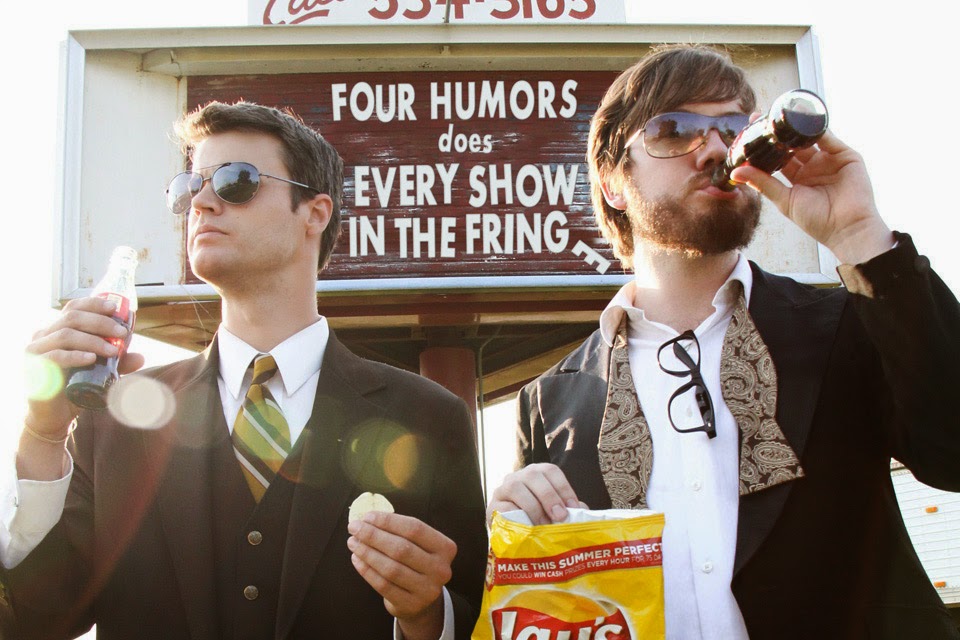 Title: Four Humors Does Every Show in the Fringe

Summary: Rather than creating an original piece as Fringe faves Four Humors usually do, they're improving a different show every night based on the title and description of another Fringe show chosen at random.

Highlights: I'd watch these guys do anything (these guys being Ryan Lear, Brant Miller, Nick Ryan, and Matt Spring). And when you go see this show, that's pretty much what you can expect - anything. A big show was made of the random drawing of the numbered ping pong balls (numbered shows listed in the program - no cheating), and the lucky winner was Fish Stories. Somehow guest performer Tim Hellendrung heard "the one that got away" and immediately thought - Katie Holmes. So these fish stories included a grocery store meet-cute, a wish-granting time-traveling poorly mimed fish, a fight scene between said fish and Tom Cruise, and an escape to post-apocalyptic Canada. In between shows Tim read some "audience reviews" of the show, which was a hilarious spoof on what these reviews sometimes are. This show is silly and fun and inventive, and it's a joy to watch these guys work. And I'm not alone in that opinion - this show is the best-selling show at New Century, with an encore performance tonight at 8:30.