"Next to Normal" at Bloomington Civic Theatre 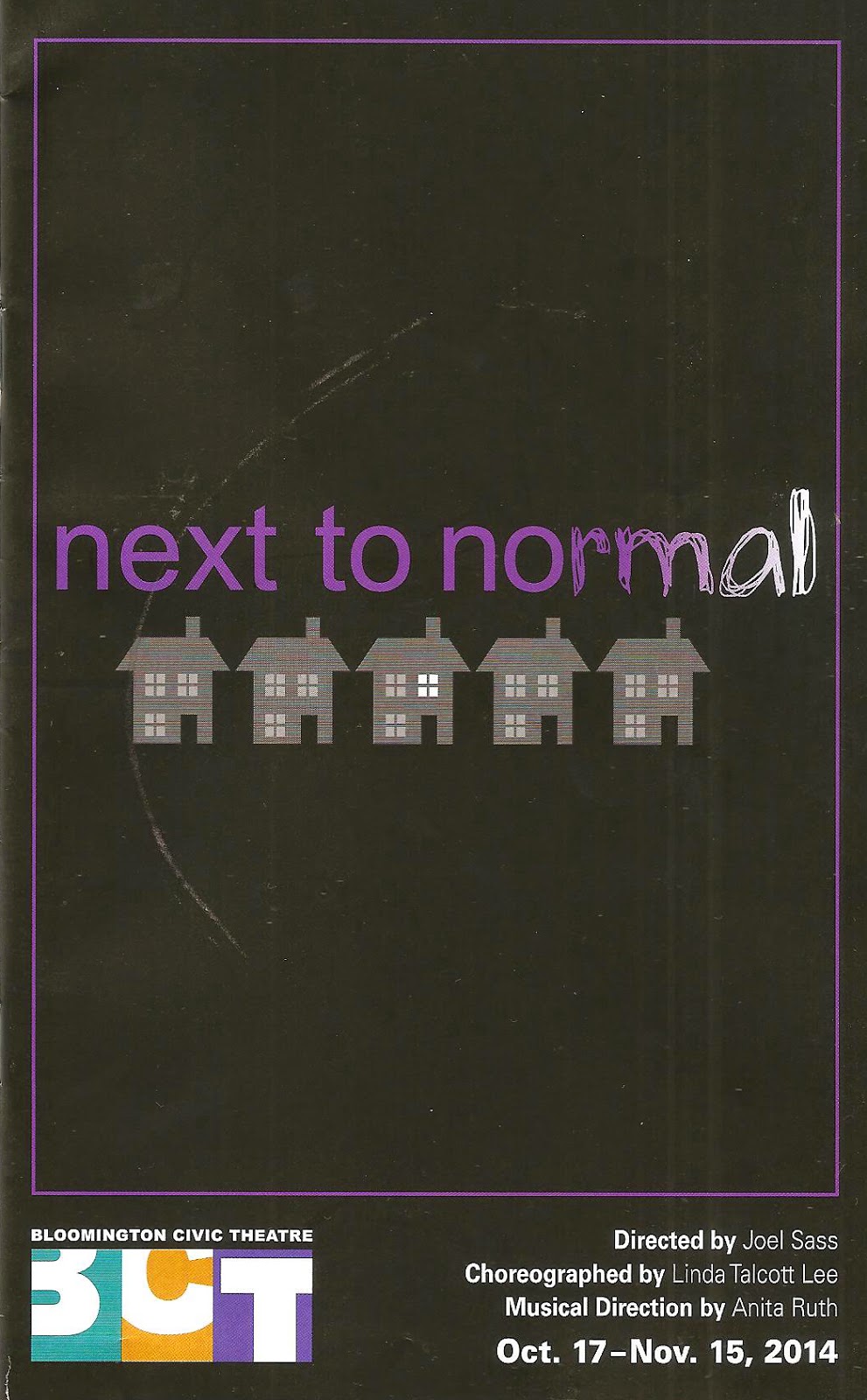 Diverging from the usual feel-good classic musicals, Bloomington Civic Theatre is currently presenting Next to Normal, one of the few musicals to win a Pulitzer Prize for drama and perhaps the most brilliantly written musical of this century. Unlike shows like Guys and Dolls or Singin' in the Rain, you won't leave the theater feeling happy and carefree. You'll leave feeling emotionally exhausted and perhaps continuing to think heavy thoughts for several days. Next to Normal is not an easy show to watch, but it's such a rich and rewarding experience. I couldn't be happier that there are not one but two local productions if it this season, at BCT now through November 15, and at Yellow Tree Theatre next spring (which is sure to be a much different show with their small intimate stage). This was my fifth time seeing Next to Normal, and BCT's production is as beautiful and heartbreaking as ever.

Next to Normal tells the story of what at first appears to be a normal American family, until the cracks begin to show. Diana and her husband Dan married young and started a family. They suffered a great tragedy that triggered Diana's bipolar disorder, which she's been dealing with for years. Everyone in the family suffers in their own way. Dan has to be the strong one as Diana falls apart, and therefore never gets the chance to deal with his own feelings about what happened. Their children, Gabe and Natalie, live in the shadow of the tragedy and are trying to deal with it on top of the normal problems that come with adolescence. Natalie's afraid that she'll follow in her mother's footsteps, and Diana's unable to be the mother that she wants to be. Diana hits rock bottom and undergoes ECT, aka shock therapy. It erases her memories, both the good and the bad, and she struggles to get her life and family back. One of the things that this show does is play with the idea of "normal." There is no such thing as a "normal" family; all families look different and are dealing with their own unique issues, both big and small. As Natalie sings, "I don't need a life that's normal, that's way too far away, but something next to normal, would be OK." 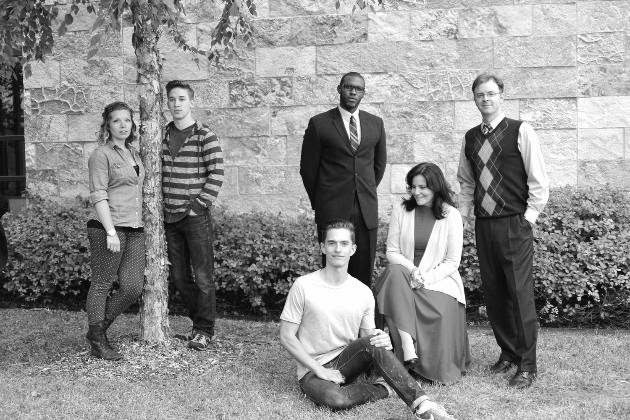 Karen Weber gives a raw and fearless performance as Diana, taking her to all her highs and lows, a voice full of emotion. Sean Dooley broke my heart as Dan, the caregiver in the family who sacrifices himself to take care of everyone else. Like he did in RENT, Blake Rhiner gives a passionate and powerful performance as their son Gabe. Aly O'Keeffe (née Westberg) brings her effortlessly beautiful voice to the role of daughter Natalie, imbuing her with all the angst, despair, and hopefulness of a teenager. Rounding out the six-person cast are Erin Patrick Miller, sweet and funny as Natalie's "perfect for you" boyfriend, and the powerful-voiced Dominique Wooten as the doctors.

Music director Anita Ruth usually helms a big traditional pit orchestra, but in this show she directs a six-piece onstage rock band, which is fantastic. Director Joel Sass also designed the set (as he does at the Jungle), and it's really cool. The use of levels, representing different rooms in the house, is continued from the original Broadway set but on a more manageable scale. The sharp clean lines of a modern and orderly home contrast with the chaotic inner life of this family. Barry Browning's bold lighting highlights the changing tones of the songs.

Next to Normal is a truly brilliant musical, but a heavy one, dealing with issues of mental illness, codependency, drug abuse, suicide, and grief, albeit with moments of humor (a great relief to the audience). It's a perfect example of what musical theater can do; it can be so much more than just light frothy entertainment (although there's a place for that too). Next to Normal is real, relevant, poignant, smart, funny, deeply emotional, and yes, profound. Check it out at Bloomington Civic Theatre through November 15, just don't expect big colorful dance numbers (discount tickets available on Goldstar).