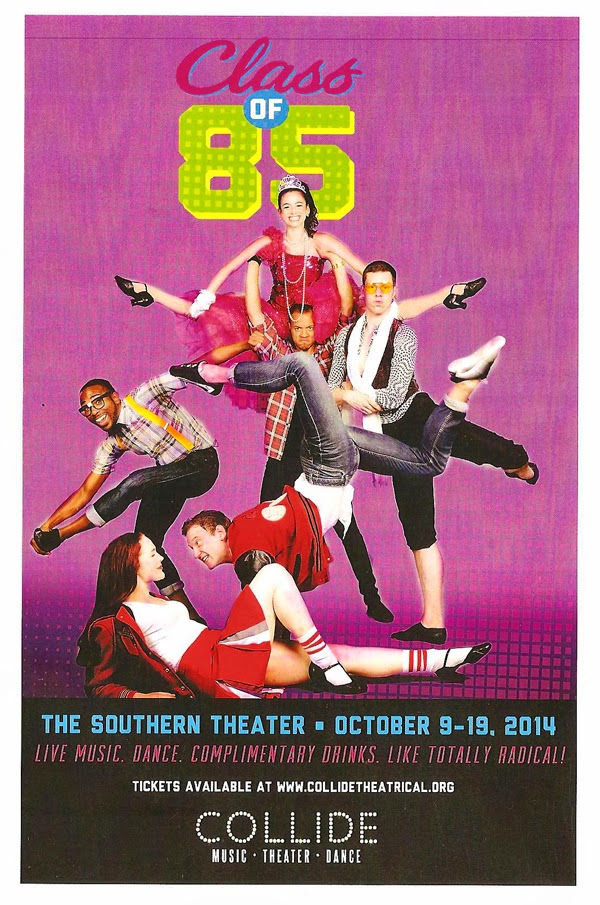 "Live music. Dance. Complimentary drinks. Like totally radical!" I can't say it better than that. The newest original jazz-dance musical by Collide Theatrical Dance Company, which in the past has created more serious pieces such as Romeo and Juliet and a story about prostitution in the '30s, is a fun and light-hearted look at high school in the '80s. But while the topic may be a little lighter, this show is like their past shows in that it is beautifully danced, features a great selection of pop music performed by a live band and singers, and offers free beer and wine before the show. As someone who doesn't know much about dance or see dance productions very often, I always enjoy Collide's ability to tell a story, whether heavy or light, deep or fun, purely through dance and music.

In Class of '85, eight dancers portray the usual high school stereotypes - the spoiled princess, the cheerleader, the nerd, the jock, the rebel. As the audience is filing into their seats before the show, the dancers are mingling with the audience, totally in character. It was almost a little too realistic and started to give me an uneasy feeling in the pit of my stomach (I was in high school in the '80s and I have no desire to go back there!). Soon the principal (aka director/choreographer Regina Peluso) calls everyone to order and announces nominations for Prom King and Queen (the audience gets cast their vote at intermission). We follow these familiar characters through a school day, Saturday detention (similarities to The Breakfast Club and other '80s movies are intentional), and the all important Prom night. Short scenes with dialogue help to set the scene, but most of the story is told through dance. Company dances alternate with solo dancers, in which we get to know each character a little better, and see that they're more than how they're perceived. The choreography and the dancers (who are surprisingly good actors too) do a beautiful job of conveying all the angst, pain, confusion, uncertainty, and joy of being a teenager. 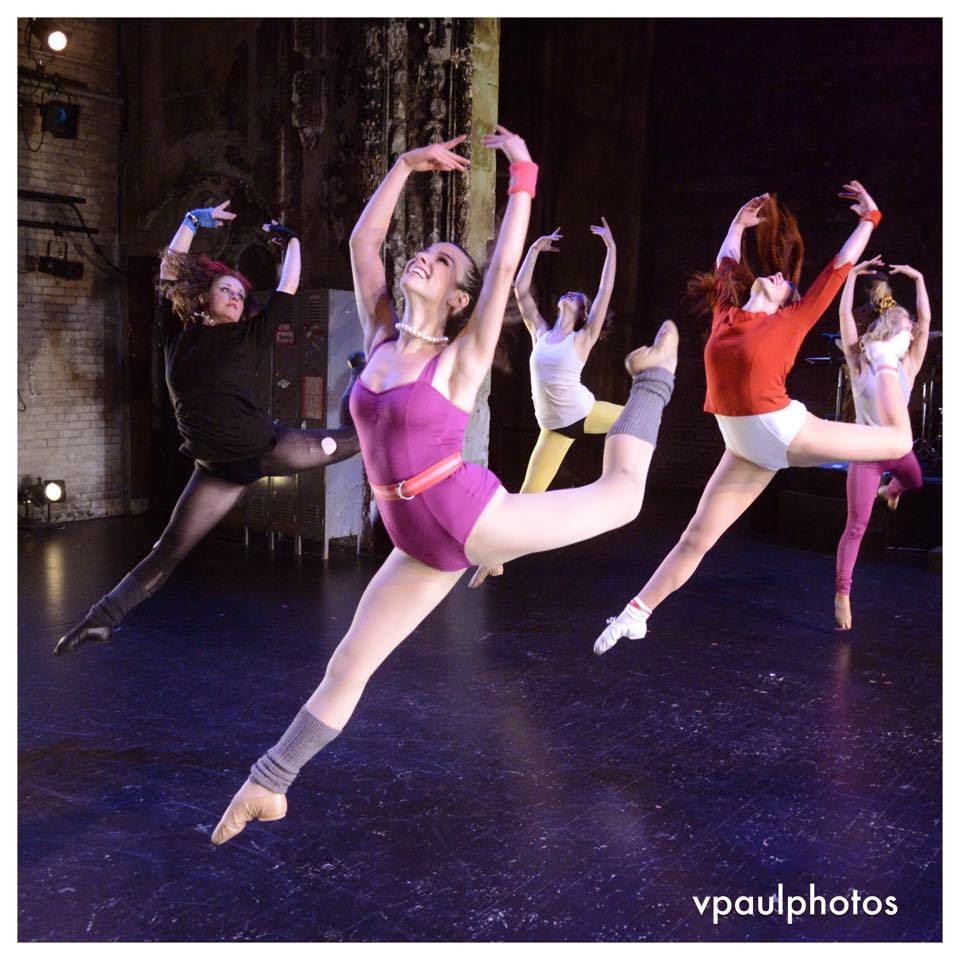 Singers Michael Hanna (who also plays the Young Republican a la Alex P. Keaton) and Deb Brown (a teacher) alternate solos and sometimes duet on this list of '80s hits. From Tiffany to Madonna, Whitney Houston to Michael Jackson, Twisted Sister to Guns and Roses, all '80s bases are covered. Highlights include "Under Pressure," a powerful expression of the pressure that teenagers feel from all sides; the girls vs. boys dodgeball dance-off medley; "I Think We're Alone Now," in which the characters don't actually dance but let us get a glimpse into their souls; and the fun final number danced to, what else, "Footloose." Regina Peluso's choreography is fantastic, flawlessly performed by this beautiful company, many of whom I recognize from past Collide shows.

"Live music. Dance. Complimentary drinks. Like totally radical!" If that sounds good to you, head to the Southern Theater (the best dance venue in town) and take a little trip back to high school. It'll make you feel nostalgic or uncomfortable, depending on your high school experience, but either way it's a fun night filled with beautiful dancing that tells a familiar story (now through October 19, with discount tickets available on Goldstar).