I love going to readings of new works, especially works of music-theater. I've seen some great ones this year (including this and this), but strangely enough I don't believe I have attended Nautilus Music-Theater's monthly Rough Cuts series before. I always love the work that they do and the innovation they bring to the art form of music-theater, and Rough Cuts is a great way for artists to further their creations and test them out in front of the audience. It also allows us audience members a chance to peek inside the creative process. I highly recommend checking out this or one of the many other new works series around town, or ask your favorite theater if they ever do readings of new work. The rich theater talent in this town is not just seen in performances, but also in the creation of new and lasting work.

The subject of this month's Rough Cuts, which kicks off the 21st year of this series, is a new piece called Empire Builder, with book and lyrics by Anne Bertram and music by George Maurer. An excerpt of the show was presented a few years ago, but this is the first reading of the full show. It tells the story of three characters as they take the train called The Empire Builder from Chicago to points west, some as far as Seattle. I took this train from St. Paul to Montana years ago, and I can understand why the creators chose it as their inspiration for this musical. It's a wonderful way to travel, see the country, and meet people who are all on journeys of some kind. On this trip we meet Sky Wolf, a Native American given up for adoption as a child, returning home to see his dying Grandfather, the recently laid off and frustrated with life Jimmy Masterson, and sociology professor Dr. Beatrice Holder, who's considering leaving academia to take a high paying job. These three characters are all at a crossroads in their lives, and make a connection with each other on this journey. But this Empire Builder is not just any train, it's a time-traveling train that makes stops in the past. Most of these have to do with Sky's history; he steps off the train and into the lives of his ancestors. One stop is in Dr. Holder's past, as she meets her grandfather, a porter who faces racism. But this is mostly Sky's journey, and as he learns about his past he's able to move forward and forgive his grandfather. 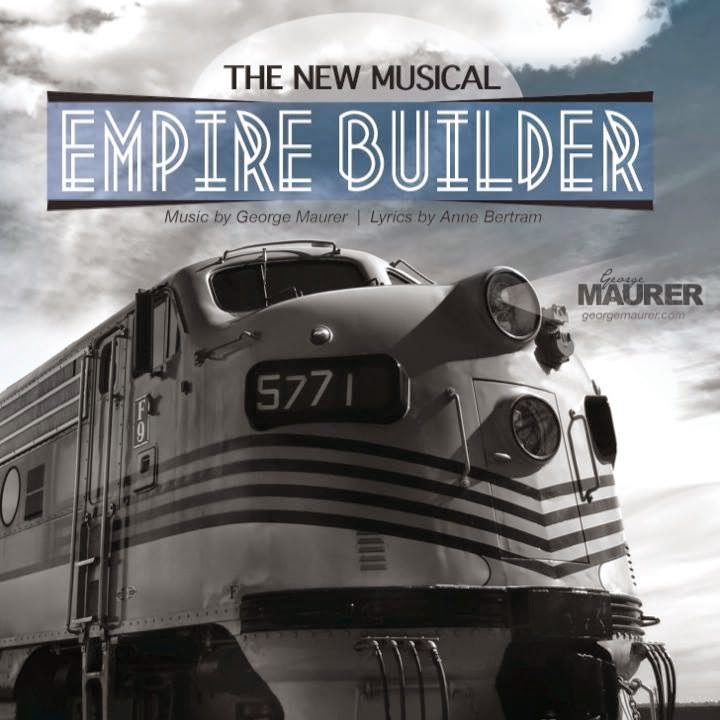 This piece has great promise and I hope to see it develop further in future productions. A few things still need to be worked out, as pointed out in the post-show discussion (another fun feature of readings - audience feedback). I agree with the comment that it feels odd to have one stop in the past that has nothing to do with the main story; it would be nice to have it somehow connected, or maybe drop it and dig even deeper into Sky's story. A lot is covered in this piece, including Native American history, Civil Rights, Affirmative Action, the effect of wars, and the history of the railroad. That's a lot to chew on in just a few hours; narrowing of the focus might help the musical feel more cohesive. George Maurer's music is gorgeous, with various styles woven into it and recurring themes. There's a hint of Native American sound in Sky's lullaby, but I would love to hear even more of it, and in general more of the Native American culture (which may come in with casting and sets/costumes/props in future productions).

As with most readings I've attended, the cast does an amazing job performing this new material. I assume they haven't had much time with it, and they mostly read/sing from the script, but that in no way inhibits their performance and their emotions as they bring these characters to life. Dieter Bierbrauer sings beautifully (as always) as Sky, and brought me to tears with his emotional journey from resentment to acceptance to forgiveness. Max Wojtanowiz provides the comic relief as sidekick Jimmy, but also has some emotional moments of his own. Completing this excellent trio is Thomasina Petrus as Dr. Holder, strong but conflicted. The ensemble holds great talent too as they bring richness and fullness to the music and story, in the form of Jay Albright, Susan Hofflander, Ann Michels, Kasono Mwanza, and Dane Stauffer. And the five-piece orchestra, led by the composer on piano, sounds fantastic.

There is one more reading of Empire Builder - tonight at 7:30 at Walker Community Church in Minneapolis. Go see this promising new work, beautifully performed by talented musicians and actors. Or check out next month's Rough Cuts (held on the second Monday and Tuesday of the month), or one of the other new works series in town.