"Crime and Punishment" by Live Action Set, Dangerous Productions, and The Soap Factory 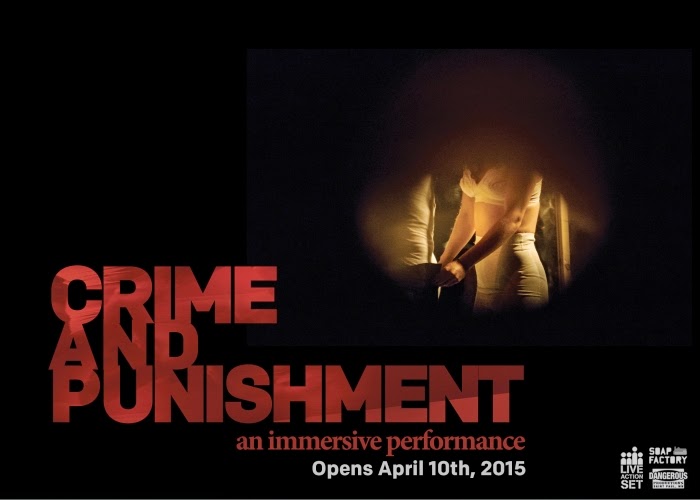 Friends, this one is out there. The interactive and immersive experience that is Crime and Punishment pushes the boundaries of what theater can be. Theater isn't always sitting safely in your seat in a dark room watching a story play out on stage before you. It can also be walking around an incredibly detailed environment, mingling with other audience members and actors as they create the story all around you. You're not just watching the show, you're in it, you're part of it. This experience may not be for everyone, and you do have to push yourself outside of the theater seat comfort zone, but if you're willing to don a mask and stumble around in the dark for an hour with an open mind, you will be rewarded with a totally unique and all-consuming experience.

A remount of last year's Fringe hit, this co-production of Live Action Set, Dangerous Productions, and The Soap Factory is co-directed by Noah Bremer and Joanna Harmon of Live Action Set and Tyler Olsen of Dangerous Productions, who is also credited as writer. It's loosely centered around the 19th century Russian novel Crime and Punishment (which I've never read), which serves as more of an inspiration for characters, settings, and situations than a literal plotline. It's not so much of a cohesive story as small vignettes with various characters in various situations, that all combine to create a surreal world that you won't soon forget.

The experience begins in a Russian tea room in the basement of The Soap Factory, where you sip tea from real cups and saucers while lounging on the shabby chic furniture. At the appropriate time (7 and/or 8:30 pm) you're called forward to put on your mask and enter the performance space. If you saw the show last year at the Fringe, you'll have a slight advantage in that the landscape is much the same, so you might know your way around a bit better. But it's a completely different experience every time you see it, and doubtless is for every person at every show. There are infinite ways you could experience the show, based on where you go, who you follow, and just what you get dragged into. The masks are absolutely essential to this experience because they a) differentiate actors from audience members and b) create a feeling of anonymity and freedom to explore free from self-consciousness (tip: if you wear glasses, ask for a special mask with larger eye holes). 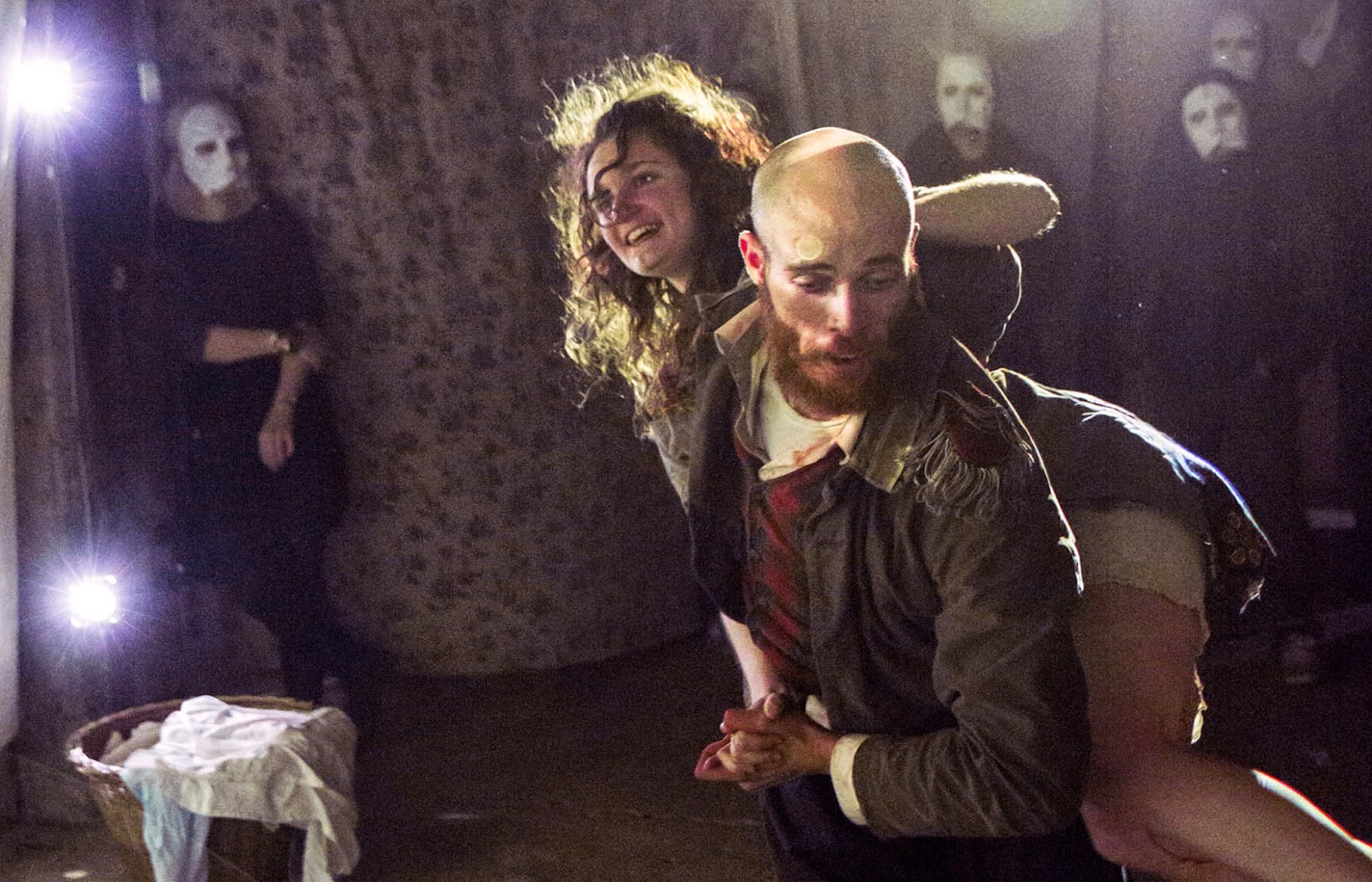 Various stories are happening simultaneously, and it's up to you which one you follow. There's a poor woman and her drunken husband being thrown out of their apartment, a police inspector interrogating a suspect in a small cell, women selling goods at the market, a red light district where men and women slowly move and dance behind glass, a woman rejecting a man who loves her, a bloody murder, and lots of people yelling at each other and getting beat up. All of these things take place in a labyrinth of a set, with narrow hallways, cramped and cluttered rooms, an area hung with sheets, and various nooks and crannies, all impeccably detailed (interior set design by Sarah Stone and Donna Meyer). One could spend the entire hour just looking at the set, but the stories draw you in, sometimes literally as a cast member might take you by the hand and lead you somewhere. The cast of over two dozen is completely committed to the performance, and convey extreme emotions of anger, passion, despair, greed, love, and grief through dialogue and movement.

The set, the creepy sounds and lighting, the always in character and totally in the moment cast, all create such a complete, surreal, all-encompassing world that it's a bit jarring when the hour is up and you're abruptly ushered out and back upstairs to the real world. This is a new kind of theater (see also NYC's hit Sleep No More), one that requires more from the audience than just sitting and paying attention. I go to the theater to be completely immersed in a story with its specific world and characters, which usually takes a bit of suspension of disbelief to imagine that you're not really sitting in a theater. Thanks to the commitment of the cast and design team, it takes very little effort to believe that the world of Crime and Punishment is real. It's a completely unique experience, unlike anything else that's going on in the Twin Cities right now, and must be seen to be believed. If you're up for the challenge, purchase your ticket here and begin to receive lovely/creepy emails from Nastya to prepare you for the event. Crime and Punishment continues in the basement of The Soap Factory through April 27 (find more information and a list of the full cast and creative team here).