"And the World Goes 'Round" at Jungle Theater 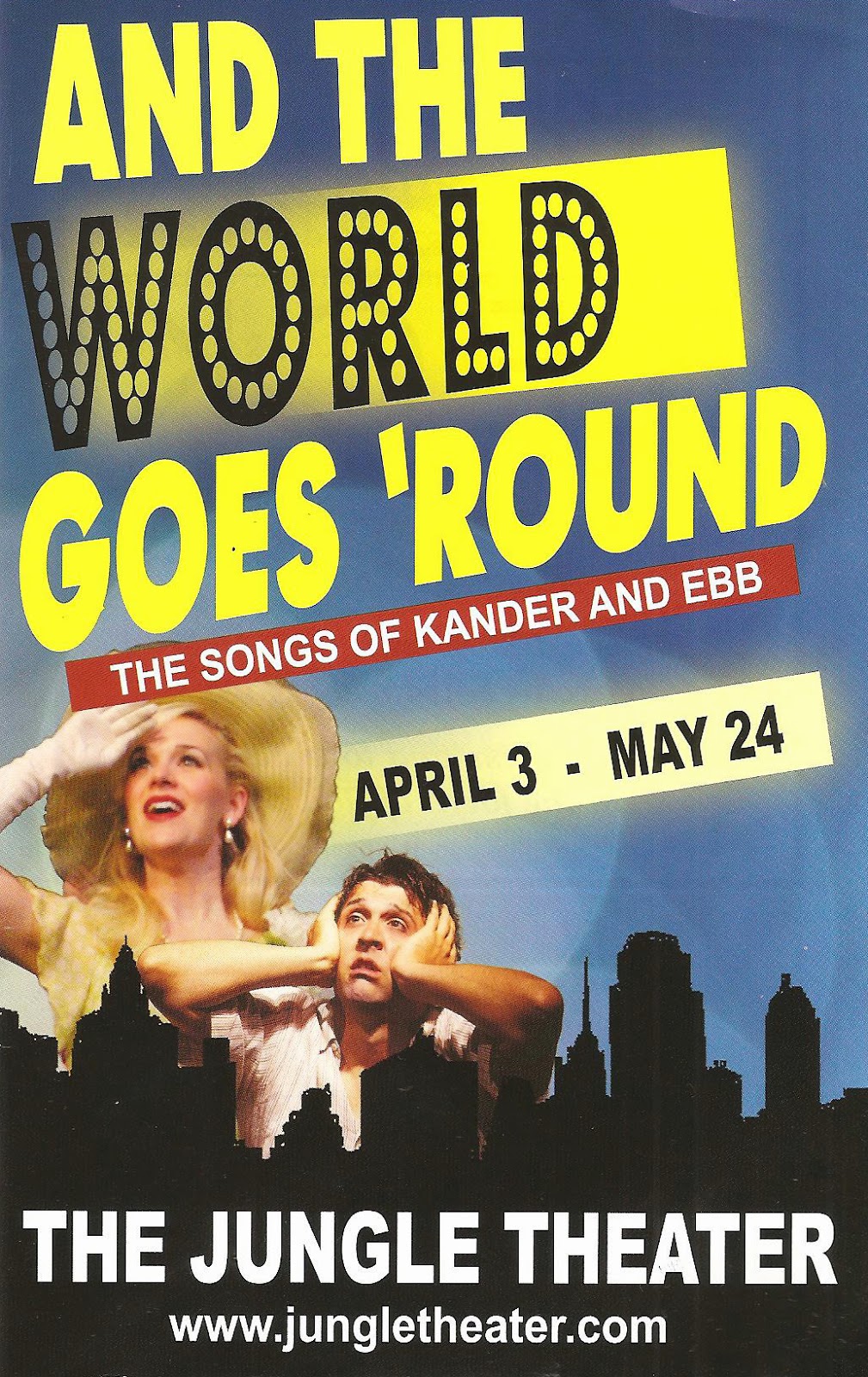 Legendary musical theater composing duo John Kander and Fred Ebb wrote over a dozen musicals for the American stage, from their early success Cabaret in the 1960s, through their final collaboration Scottsboro Boys, premiering after Ebb's death (with a pre-Broadway engagement at our own Guthrie Theater). And the World Goes 'Round, now playing at the Jungle Theater, is a musical revue of their songs, taking its title from the movie New York, New York. Surprisingly, I've only see four of their shows (including their two most recent ones which are not in this collection), so many of the songs were new to me. It was a delight to hear the work of this talented composing team performed by a fantastic cast of seven.

There's very little dialogue or context for the songs, just one hit after another. Director John Command notes in the playbill that he learned from Liza Minnelli (Kander and Ebb's muse) "to perform every song as if it were 'a one-act play!'" He accomplishes that here, as each song tells a story, whether funny or tragic, and makes me want to see the full musicals from which they came.

And the World Goes 'Round is a cleverly staged homage to two of our greatest musical theater composers, beautifully performed by cast and band - a perfectly pleasant evening of musical theater (continuing at the Jungle through May 24).


*You can get Dunn Brothers coffee in a cardboard cup at the concession stand for only a dollar - best coffee deal in town!