"For the Loyal" at Illusion Theater 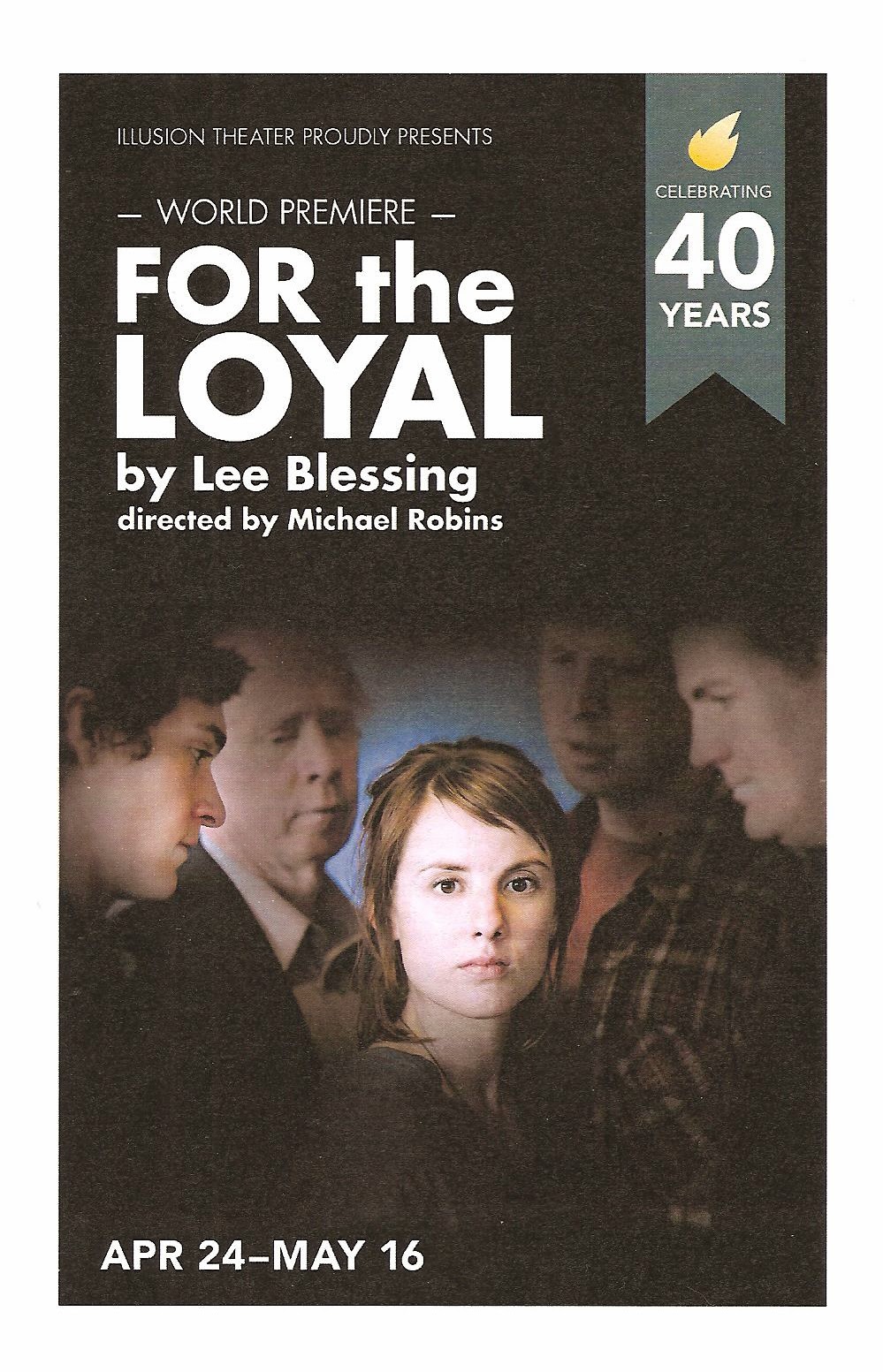 It's a story that is all too familiar. A person in power is found to have molested children, and even worse, the crime has been covered up by others in their organization. Whether that person is a teacher, a priest, or a football coach, it's an unthinkable abuse of the power and trust that the position entails, and we wonder why no one spoke up sooner. All of us like to think that if we witnessed a crime, especially against a child, we would report it to the police no matter the consequences. But would we? What if it's not that simple? What if we didn't have any actual evidence, just suspicions? What if reporting the incident would destroy our lives? Would we take extreme measures to ensure justice is done? Or would we just try to minimize the damage and move on with our lives? Such are the questions posed in the new play For the Loyal by Lee Blessing. There are no easy answers, and I left the play feeling more confused than I was before. But it's a powerful, engaging, thought-provoking exploration of this horrifying and all too familiar situation.

The incident in this play is similar to what unfolded at Penn State a few years ago. At an unnamed University, assistant coach and grad student Toby (Sam Bardwell) finds a naked boy at the home of Coach Carlson (a creepy-charming Garry Geiken), and reports it to Head Coach Hale (Mark Rosenwinkel). Hale tells him not to tell anyone, that he'll take care of it by forcing Carlson to retire, thinking that if he's no longer at the University it's not his problem. Toby is upset and tells his pregnant wife Mia (a strong and sympathetic Mia), who wants this man to be punished and prevented from hurting any more children, thinking of her unborn son and a childhood friend. The story takes an unexpected turn, affecting all parties involved. I don't want to say too much and spoil the intriguing way that it all unfolds, but suffice it to say that many angles of this situation are explored, none of them good.

The cast does a great job leading us through this difficult story and making us feel the humanity in most of the characters portrayed. In addition to the above named actors, Michael Fell gives several standout performances as various teenage boys involved in the story, all of whom have a different relationship with and reaction to the situation.

This is a fitting project for Illusion Theater, which has actively worked to end sexual abuse of children since the 1970s with the TOUCH program, including creating a play and later a film for children and schools to educate about what's an acceptable touch and what to do when it's not. They're currently raising money to update the film for a new generation. This play falls right in line with their mission, bringing awareness to the issue of sexual abuse of children, but this time the focus is on the responsibility all of us have to be a witness to what's going on around us. For more information about their education programs, see their website.

I couldn't help but be reminded of plays like Doubt, A Parable, which featured a similar situation of if, when, and how to report suspected abuse, and Theatre Pro Rata's recent The Woodsman, which looked at things from the perspective of a recovering child molester. For the Loyal is a powerful play that raises plenty of difficult questions with no easy answers, and effectively puts the audience in the position of "what would you do?" Continuing at Illusion Theater through May 19 (discount tickets available on Goldstar).