"The Woodsman" by Theatre Pro Rata at nimbus theatre 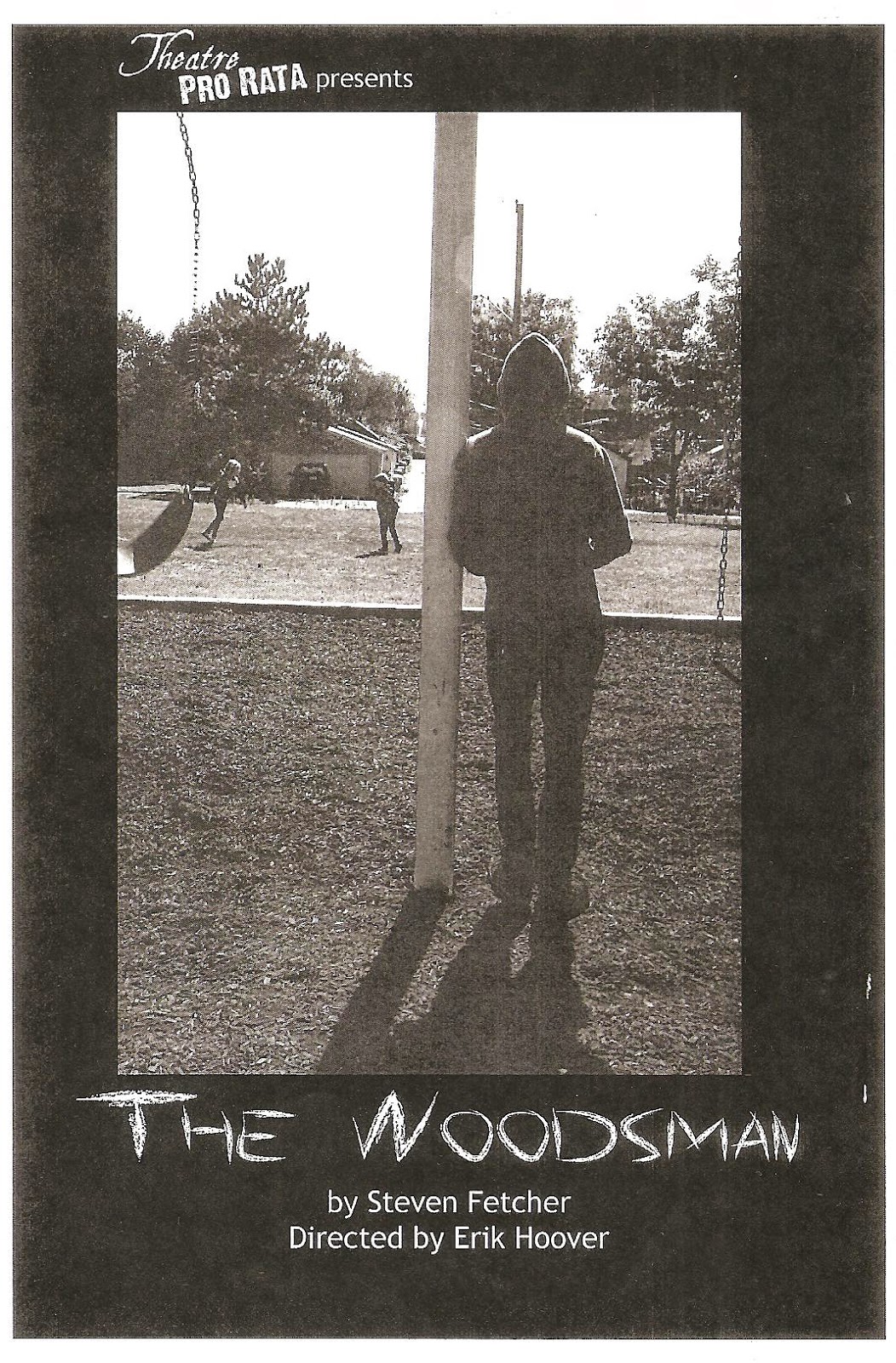 I'm not sure there's a more detested group of people than child molesters. It's one of the few things that everyone can agree on, that taking advantage of an innocent child in that way is unforgivable. Or is it? Can child molesters change? Can they become valuable members of society again after serving their time and paying for their crime? Do they deserve a second chance? Steven Fetcher's play The Woodsman (which was made into a 2005 movie starring Kevin Bacon and Kyra Sedgwick) grapples with these difficult questions. It's not an easy play to watch, but Theatre Pro Rata's production is so well done, thought-provoking, and impactful, that it's worth the effort.

Walter (Adam Whisner) has recently been released from prison after serving 12 years for molesting little girls. How many little girls? "One too many" is his response. As he tries to integrate into society, his only friends are his therapist Rosen (Ben Tallen), who he begrudgingly talks to, and his brother-in-law Carlos (James Rodriguez). His sister is unwilling to see him, or more importantly, let him near her children. Walter swears he'll never do it again, but doesn't seem to quite believe it's possible. He's harassed by a cop (William Goblirsh) who doesn't believe it either, and is just waiting for Walter to fail. At work, Walter meets Nikki (Katherine Kupiecki) and begins to open up to her. He tells her his deep dark secret, assuming she'll run away. But she doesn't. She's shocked, but is able to see past Walter's crime to the man he is. The only apartment Walter can afford is across the street from an elementary school, just outside the 100 feet his child molester status allows. As he watches the school and the kids from his window, he notices another man watching the children, and recognizes his behavior. In the park, Walter meets a 12-year-old girl named Robin (Lillie Horton), causing dangerous old feelings to resurface. Will he be able to make a different choice this time?

This is a strong six-person cast, as directed by Erik Hoover. Adam Whisner's performance as Walter is particularly affecting as he creates a layered character that's alternately guarded and fully vulnerable, sympathetic and detestable. I found myself rooting for Walter and wanting him to be "cured," for his sake as well as for any potential victims. Another highlight in the cast is young Lillie Horton as the friendless bird-watching girl Robin. The scene between the two of them is so quietly scary and emotionally draining that you almost forget to breathe. The entire cast does a great job of bringing the many sides of this issue to life, without providing any pat answers to the problem.

The backdrop consists of black drawings of a tree and playground equipment on a white background, with shadow puppets representing the man and children across the street. Both set and puppets (designed by Derek Lee Miller) are at the same time lovely and slightly creepy, which sets the perfect tone for the play.

The Woodsman is an unsettling play, but one that deals with important and thought-provoking issues of rehabilitation and forgiveness. Playing now through March 22 at nimbus theatre.