Bernadette Peters in Concert at the Ordway 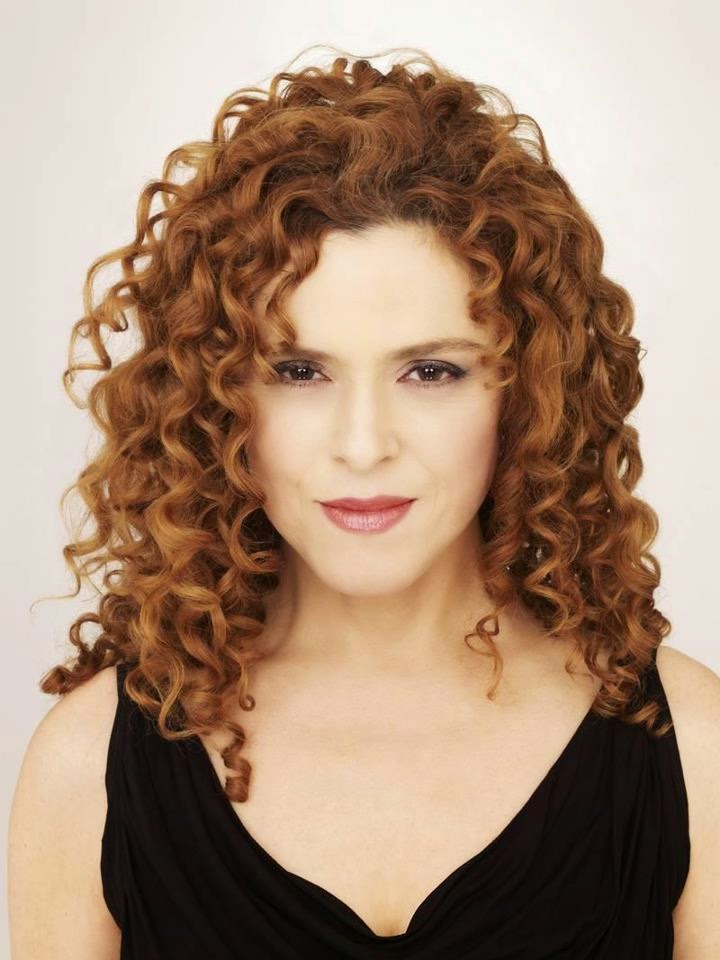 It's true, there is nothing like a dame. Especially when that dame is Broadway legend Bernadette Peters. She performed last night as part of the Ordway's "Rock the Ordway" celebration to commemorate the opening of their new Concert Hall in place of what used to be the McKnight Theatre. But she actually performed on the Ordway's main stage, a nuance that was lost to me until my companion and I waited in the crowd in the Concert Hall lobby, only to be told we were in the wrong theater. At which point we scurried across the lobby to find the doors closed and the concert already begun. Oh well, I only missed one song, and got a brief glimpse the pretty new theater. Meanwhile, Bernadette and her 11-piece band, led by Marvin Laird on piano, filled up the larger main theater with music, emotion, inspiration, joy, and sheer talent. Bernadette is a true master of her craft, and since her craft happens to be my favorite art form musical theater, it was a heavenly night. I've been lucky enough to see her perform several times in the past, including with the MN Orchestra in 2009 and on Broadway in Gypsy, A Little Night Music, and Follies, but she's one of those performers that I will see any and every chance I get because she always brings it.

Over about 90 minutes that felt like 20, Bernadette sang 16 songs, 10 of them written by the great Stephen Sondheim (counting the missed opening number "Let Me Entertain You" from Gypsy, for which he wrote the lyrics only). Sondheim and Peters is a match made in musical theater heaven. She's performed in five Sondheim shows in her 50+ year Broadway career (yes, she was a young child when she started). Sondheim's lyrics are so rich, clever, and meaningful, matched with interesting and inventive melodies, and Bernadette is a master at delivering them in a way that brings out every aspect of the song. No matter what she's singing, she knows how to wring every drop of emotion out of the song, whatever emotion the song calls for, whether that emotion is joy ("Mr. Snow" from Carousel, which I had just seen for the first time the night before), desire ("Fever"), heartbreak ("Losing My Mind" from Follies), hope (Disney's "When You Wish Upon A Star"), regret ("Send in the Clowns" from A Little Night Music), or anything in between. She feels every note, every word, every breath of the song and makes the audience feel it too.

Most of the songs in the program are selections from beloved musicals, but she often chooses an unexpected song, i.e., ones that she would likely never sing in a show because they're typically sung by men. Her rendition of "There is Nothing Like A Dame" (from whence came my opening statement) is fun and sexy and unlike I've ever seen it performed before. She sounds lovely singing "Joanna" from Sweeney Todd and holds the note on the word "hair" incredibly long. Instead of choosing the song I expected her to sing from Company, "The Ladies Who Lunch," she sang "You Could Drive A Person Crazy" (a crazy fast song written for three people) and the absolutely thrilling "Being Alive."

Bernadette Peters epitomizes what musical theater is. It's not about vocal histrionics or perfection (although she certainly has that too), it's about conveying emotion, character, and story through song. There are few people on the planet who can do that as well as Bernadette Peters.

The Ordway's "Rock the Ordway" celebration concludes today. And while this was the only event in which I partook, I think it's safe to say: Ordway, consider yourself rocked.