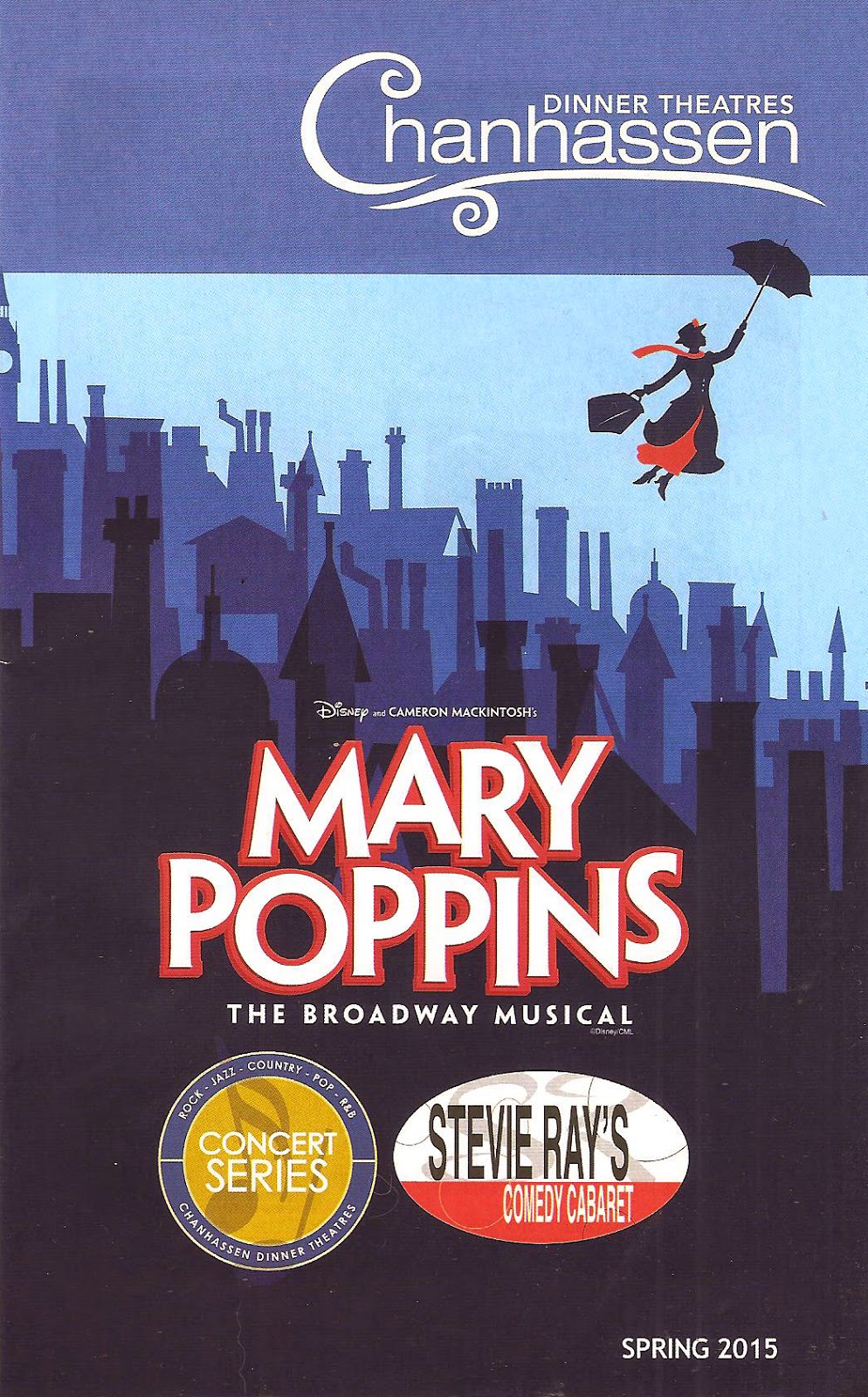 Mary Poppins is a classic and beloved movie. What child growing up in this country in the last 50 years didn't grow up with the no nonsense magical nanny? The surprising thing is that this original movie musical released in 1964 wasn't adapted for the stage until 40 years later. But when it finally was, it was a success; the Broadway production ran for six years and toured the country, including a stop in Minneapolis in 2013. While it's not a perfect adaptation, the stage musical does retain the magical quality of the movie and many of the most loved moments and song. Chanhassen Dinner Theatres' new production of Mary Poppins: The Broadway Musical is delightful and charming with a huge and talented cast.

The familiar story we know and love from the classic movie is mostly there on stage, except, sadly, the floating to the ceiling with laughter scene and the women's suffrage subplot. Mary shows up to the Banks family in London because they need her. Father George is too busy with his important job at the bank to spend much time or thought on his children Jane and Michael, who are acting out and scaring all the nannies away, and mother Winifred doesn't know what to do to help the situation (pretty much the definition of first world problems). Enter Mary Poppins, who takes the children on fantastical outings while teaching them to be more considerate and responsible. After a crisis at the bank, George learns to appreciate his family, and with the family unit healed, Mary Poppins departs as quickly as she arrived, on to help the next family.

When I saw Mary Poppins on tour two years ago, I thought it was too long, especially for a show that will draw a lot of kids. The songs, scenes, and storylines that were added are just not as compelling as those we're familiar with from the movie. I was hoping that director Michael Brindisi would trim some of the fat, but I don't know how much freedom a regional theater has to make changes when licencing a work such as this. So I'll blame the creators of the piece for making it feel a bit bloated and draggy in parts. But it certainly doesn't overshadow the wonderful moments in the show, which are many:

The Chanhassen's Mary Poppins is a joyful production (even if it is a bit too long), filled with great performances and plenty of theatrical magic. Playing now through the end of August, so you have plenty of time to get out to the suburbs and experience the magic.