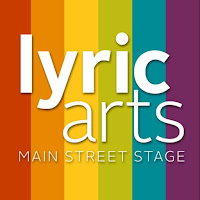 Theater friends, I'm thrilled to bring you an exclusive announcement of Lyric Arts' 2017-2018 season! The new season includes the return of a recent hit, a couple of classic musicals, the Tracy Letts play that inspired a new sitcom, the world professional premiere of a new play by a local playwright, and much more. It's sure to be a season full of laughs, tears, and great music. Thanks to my friends at Lyric Arts for allowing me to share this with you exclusively. See you in Anoka! (Dates and other details TBA - visit Lyric Arts' website or Facebook page for updated information.)

Always…Patsy Cline
By Ted Swindley
Lyric Arts is opening its season with a remount of its very successful production of Always…Patsy Cline, bringing back the lovely and talented Gracie Anderson as Patsy. Based on a true story, this two-woman show recounts the unlikely friendship between Cline and her most devoted fan, Louise Seger, played by Kate Beahen.

With down-home humor, heartache, and 27 of the stars most popular hits, this beloved musical tribute give us an intimate glimpse into Patsy Cline’s legendary life through her unforgettable music.

Flavio Betrayed – A Commedia
By Scott Ford
This high-spirited comedy, written by Resident Director Scott Ford, is filled with disguise, deceit, insults, romance, friendship, stinky cheese, and contemporary pop culture references. It follows the delightfully convoluted story of our hero Flavio, whose best friend is trying to steal the hand of his beloved Isabella, while her father attempts to marry her off to another suitor who is considerably past his prime. It is up to Isabella’s faithful and clever servant Pedrolino to dodge danger and keep them together.

Scott Ford’s ridiculously silly play had its world premiere performance at Anoka Ramsey Community College and Lyric Arts couldn’t be more proud to give this show its professional debut.

Coney Island Christmas
By Donald Margulies
This area premiere has been described as an “incredible enchantment” by the L.A. Times, Coney Island Christmas introduces us to Shirley Abramowitz, a young Jewish girl who, much to her immigrant parents’ exasperation, is cast as Jesus in the school’s Christmas pageant. As Shirley, now much older, recounts the memorable story to her great-granddaughter, the play captures a timeless and universal tale of what it means to be an American during the holiday season.

Pulitzer Prize winner Donald Margulies weaves together nostalgia, music, and merriment in this new seasonal classic for people of all ages and all faiths.

Superior Donuts
By: Tracy Letts
Superior Donuts takes places in the historic Uptown neighborhood of Chicago, where Arthur Przybyszewski runs a donut shop that has been in his family for sixty years. Franco Wicks, a young black man and Arthur’s only employee, wants to modernize the shop while Arthur is more content to spend the day reminiscing about his Polish immigrant father. This provocative comedy and area premiere, set in the heart of one of Chicago’s most diverse communities, explores the challenges of embracing the past and the redemptive power of friendship.

Described as a “…soulful play, full of humor and humanity” by Variety, this comedy-drama by Tony Award and Pulitzer Prize–winning author Tracy Letts explores the challenges of embracing the past and the redemptive power of friendship.

You Can’t Take It with You
By Moss Hart and George S. Kaufman
Moss Hart and George S. Kaufman’s You Can’t Take It With You centers on the delightfully eccentric Sycamore family, which allows each member to pursue his or her own ambition in the home. Their routine is disrupted Alice Sycamore, who has a regular job, wants to bring her fiancé and his stuffy Wall Street family to dinner.

This Pulitzer Prize-winning farce, recently revived on Broadway, is one of the most popular and successful plays of modern times.

She Loves Me
Book by Joe Masteroff Music and Lyrics by Sheldon Harnick and Jerry Bock
This Tony Award-winning musical is set in a 1930’s European perfumery, we meet two shop clerks, Amalia and Georg, who, more often than not, don’t see eye-to-eye. What they don’t know is that they both responded to the same “lonely hearts” advertisement in the newspaper. They each live for the love letters they receive from each other, without knowing that the other is the one writing them.

Considered by many to be the most charming musical ever written, She Loves Me is a warm romantic comedy with an endearing innocence and a touch of old world elegance.

A Wrinkle in Time
By John Glore
In a new play by John Glore, adapted from the beloved 1962 novel by Madeleine L’Engle, one of literature’s most enduring young heroines, Meg Murray, is back—braces, stubbornness, and all—to join forces with Mrs. Whatsit, Charles Wallace and more to battle malevolent forces so she can rescue her father, save humanity, and fined herself.

In the end, Meg proves, without question, that love CAN overcome evil.

Steel Magnolias
By Robert Harling
This well-known comedic drama is about the bond amongst a group of women at an in-home beauty parlor owned and operated by the outspoken and wise-cracking Truvy as they follow the marriage and motherhood of local social leader M’Lynn’s daughter Shelby. The ensemble also includes the curmudgeonly Ouiser, eccentric millionaire Miss Clairee, and the shy and anxious newcomer Annelle.

Filled with sidesplitting repartee—and not a few acerbic but humorously revealing verbal collisions, Steel Magnolias is alternately hilarious and touching and, in the end, deeply revealing of the strength and purposefulness which underlies the antic banter of its characters.

Guys and Dolls
By Abe Burrows and Jo Swerling Music and Lyrics by Frank Loesser
Frank Loesser’s brassy and immortal musical comedy about rolling the dice and falling in love under the bright lights of Broadway involves the unlikeliest of Manhattan pairings: a high-rolling gambler and a puritanical missionary, and a showgirl dreaming of the straight-and-narrow and a crap game manager who is anything but.

Guys and Dolls takes us from the bustle of Times Square to the dance clubs of Havana to the sewers of New York City as it demonstrate the great lengths to which a guy will go when he truly falls in love with a “doll.”