"Black Grace" at the Ordway Center 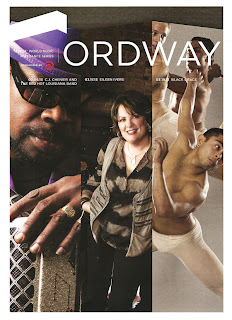 My favorite artistic exports from New Zealand are the Lord of the Rings movies and the musical comedy duo Flight of the Conchords (this combines them both). But after having seen Black Grace, New Zealand's leading contemporary dance company, as part of the Ordway's World Music and Dance Series, I have a new appreciation for this small southern country's artistry and culture. Black Grace features dancers of Maori and Pacific island descent, and combines dances from traditional Pacific cultures with modern dance. The result is something quite extraordinary to behold - athletic, powerful, graceful, fast, precise, energetic, and really quite cool.

Black Grace consists of twelve dancers, only four of them women, but at times it seemed like twice that (I think the women worked twice as hard, as usual, because it seemed to me that there was a gender balance). They presented three pieces, all choreographed by the company's founder, Neil Ieremia, who also answered questions in a talk-back after the performance. The first dance featured traditional Samoan "slap dancing," which Neil accurately described as a "sonic picture." It was a rhythmic, percussive dance. The second was more fluid, with the dancers all dressed in red. After an intermission, the dancers performed an epic piece called Vaka. A note in the program explains:


During this creative process we have realized that we are our own vaka (canoe) carrying our values and belief systems, experiences and memories good and bad, and a hope that when we leave this planet we leave it in a better shape than when we found it.

As I understand it, after listening to Neil speak after the show, it's a piece about the history of New Zealand as it deals with the immigrant experience (which shares similarities to our own immigrant nation), as well as the larger collective history of humanity (Neil mentioned being inspired by the book An Intimate History of Humanity by Theodore Zeldin). I'm not sure I would have gotten all of that out of the dance, but it was an epic journey. The dancers started out in black costumes, which changed to lighter gray and white, and then to street clothes by the end. Video projections showed gorgeous scenes of New Zealand, as well as a section of news highlights from around the world. The lighting created shadows for the dancers to move in and out of, as they leapt, ran, and otherwise moved around the huge bare stage of the Ordway. I don't know much about dance so I can't speak more intelligently about it, other than to say I was intrigued, moved, awed, confused, and entertained.

I believe this is the first event of the Ordway's World Music and Dance Series that I've attended. I'm going to pay more attention to events in the future; it's a great way to experience the culture and art from another corner of the planet, without traveling too far from home. 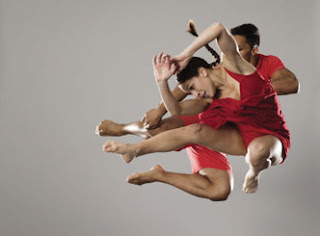